Glittering with white diamonds, yellow sapphires and blue topaz weighing more than 600 carats, the 2017 Victoria’s Secret “Champagne Nights Fantasy Bra” is valued at $2 million and will be modeled later this month by long-time Angel, Lais Ribeiro. 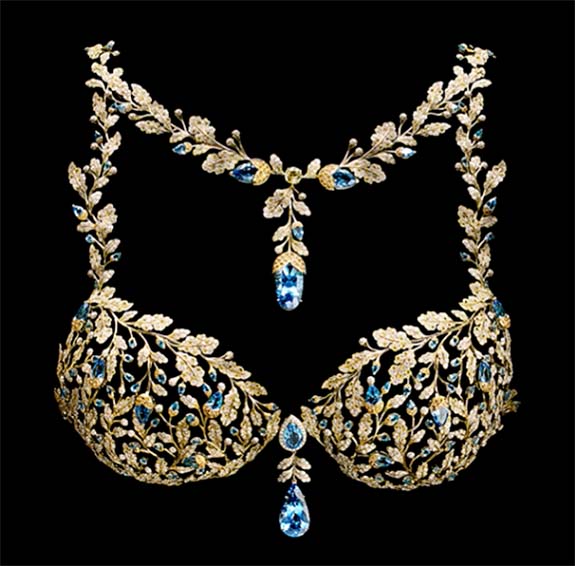 Nearly 6,000 jewels were meticulously hand set into an 18-karat gold floral motif on the foundation of a Victoria’s Secret Dream Angels Demi Bra — a process that took the Mouawad design team nearly 350 hours to complete. 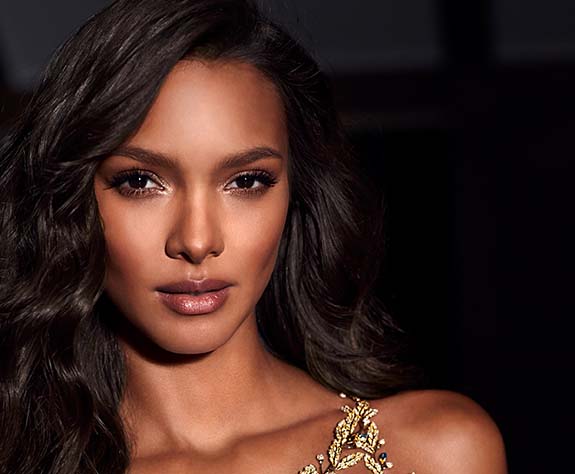 Blue topaz buds are the focal point of a design that includes diamond- and yellow sapphire-accented leaves. The ensemble includes an elaborate necklace, gem-encrusted bra and bejeweled belt. 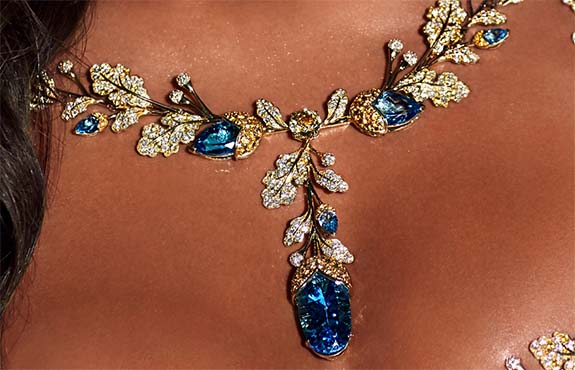 The 27-year-old, Brazilian-born Ribeiro will reveal the one-of-a-kind creation on the runway at the Victoria’s Secret Fashion Show in Shanghai, China. The show will be broadcast on November 28, 10/9C on CBS. 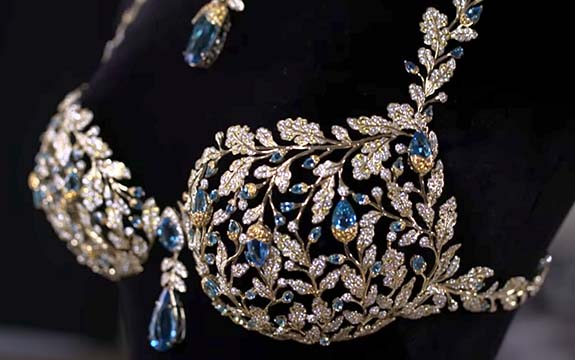 This will be the sixth time she’s participated in the high-profile Victoria’s Secret fashion show and the first time she’s been selected to wear the Fantasy Bra. That honor elevates Ribeiro into an elite club, whose members include supermodels Gisele Bündchen, Claudia Schiffer, Tyra Banks, Candice Swanepoel and Adriana Lima.

Ribeiro was overcome with emotion when she learned she would be wearing the $2 million fantasy bra.

“I never cried so much in my entire life — and I have a baby,” Ribeiro said. “It was so emotional. I couldn’t believe it when they told me. It was so beautiful.”

Ribeiro told People.com that the first time she tried on the blinged-out bra it fit perfectly so no alterations were required.

This year’s show will take place at Shanghai’s Mercedes Benz Arena, the largest of any of the previous Victoria’s Secret Fashion Show venues.