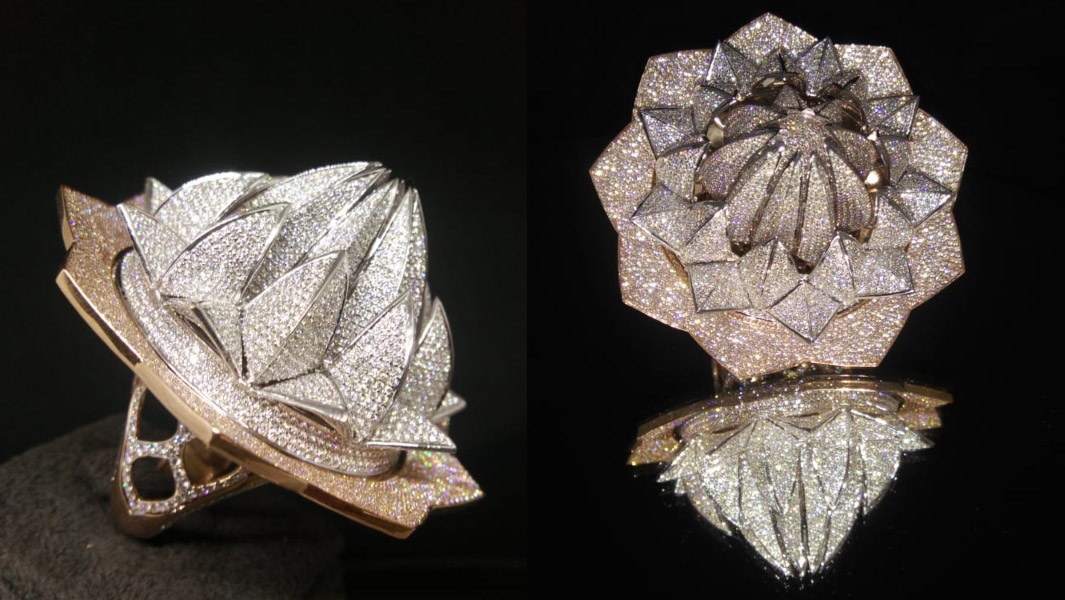 A ring worth $4.9 million has been recognized by Guinness World Records for “most diamonds set in one ring.”

The piece by Lakshikaa Jewels in Mumbai, India, has 7,777 sparklers. They’re set on an 18 karat gold base.

“A team of twelve crafters and one experienced jeweller and designer worked on the project to recreate the Lotus Temple in Delhi on a piece of jewellery,” according to a news release from Guinness World Records.

It took 18 months to create.

Bhandari added that the lotus, known as padma in Sanskrit, is a sacred symbol in several religions.

As part of the verification process, Lakshikaa Jewels ensured that all diamonds used were conflict free, according to the release.

11 Things That Only Jewelers Can Understand