HONESTLY, IT’S AGAINST my better judgement that I’m even writing a “holiday” article as a staunch believer in giving Thanksgiving the attention it deserves. But because I am smart enough to realize that this battle is one I’m going to lose, I figured I may as well give in by writing something about watches.

Social media is largely to thank for the watch world being given a second chance. Not that it was “dead” by any stretch, but it did seem – prior to Instagram – that it was moving around a bit more slowly than it had in the past. Now, thanks to watch enthusiast groups, forum feeds, popular hashtags and even an interest in the vintage market, watches are not only sought-after again, but are becoming more interesting and affordable. That is making them appealing to a younger audience.

If your store doesn’t already carry the Crown or the Cross (Rolex or Patek Philippe), chances are, it could be a long time before it ever will, if you’d even want to go in that direction. But that doesn’t mean you can’t stock your store with more modestly priced watch brands that are having a moment right now.

Here are five popular watch brands that you could get requests for this holiday season. 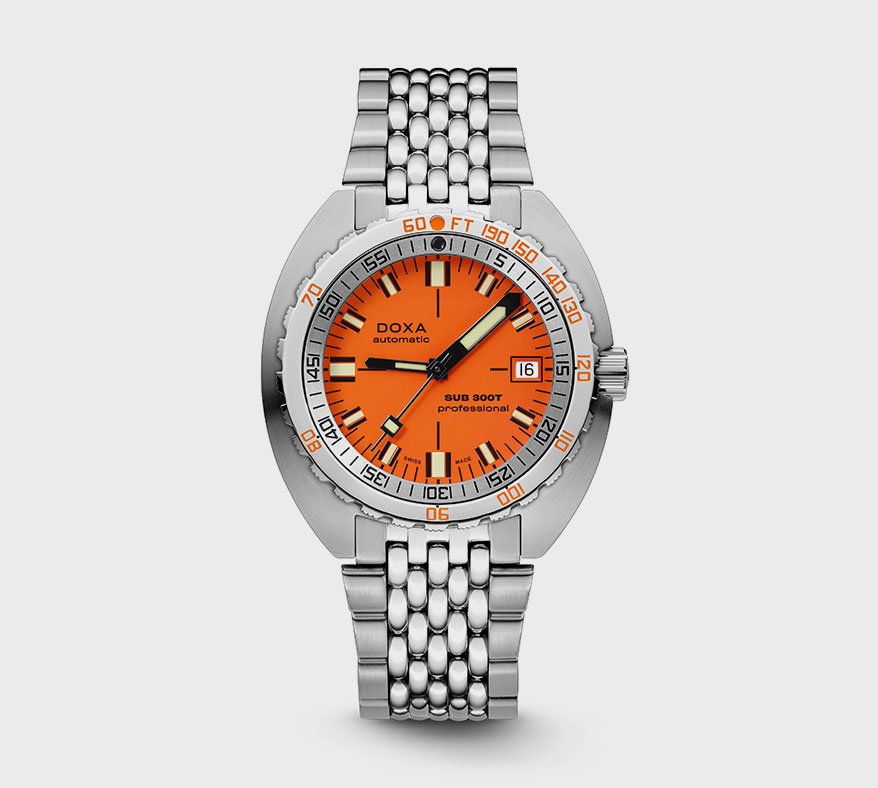 DOWHATNOW? Yeah, people … Doxa. The Swiss watch brand has been around since 1889, and its watches have graced the wrists of both the famous ocean explorer Jacques Cousteau and his son, dive legend Jean-Michel Cousteau. Doxa is “the diver’s dive watch”: understated, affordable and reliable. And while you may not recognize the name at first glance, chances are you have, at some point, seen older images of divers wearing a watch with a bright orange dial, and that watch was likely a Doxa.

Doxa’s new SUB 300T Conquistador – released recently as a tribute to the brand’s original model, which came out in 1969 – is available in six dial colors: the original orange as well as yellow, navy blue, turquoise, silver and black. The SUB 300T is water resistant to 4,000 feet (120 bar), has a 42-hour power reserve and retails for $1,890.

While not nearly as old as the manufacturer listed above, NOMOS Glashütte has still put its time (no pun intended) into the watchmaking industry and has earned a solid reputation, particularly as a brand up against some of the more recognizable German watch manufacturers (*cough* Lange *cough*).

But one thing that distinguishes NOMOS is the crowd with whom its becoming popular. For example, Colin Meloy – front man for indie rock group The Decemberists – wears a NOMOS Glashütte Tangente Neomatik, and Colin Meloy ROCKS. So listen up, retailers: If you have millennial customers, look into NOMOS, because its exactly the type of watch the cool kids, who care about quality and value, want.

The NOMOS Tetra Plum is a new release and has caught the attention of both male and female watch wearers. The 29.5mm square case contains a stunning dial in a deep shade of violet, and the power reserve indicator lets the wearer know when the handwound DUW 4301 caliber movement needs to be rewound.

If you’re a retail store that’s been in business for a long time, it might be hard for you to wrap your head around the fact that I’m telling you that G-Shock, or any Casio-related product, is a brand you should be carrying. Chances are you hear the word “Casio” and think of that scene in Planes, Trains, and Automobiles when John Candy’s character tries to entice a hotel manager to give him a room for “$2 and, uh … and a Casio.” But today’s G-Shocks are not the G-Shocks of old. In fact, they are worn and respected by some of the most recognizable watch personalities in the world.

The newly released GMW-B5000D-1 pays homage to the first G-SHOCK model DW-5000C, which was introduced in 1983. The original square design has been recreated with a full-metal shock-resistant structure, advanced functions and Smartphone Link. It’s a throwback, sure, but it sure looks cool. 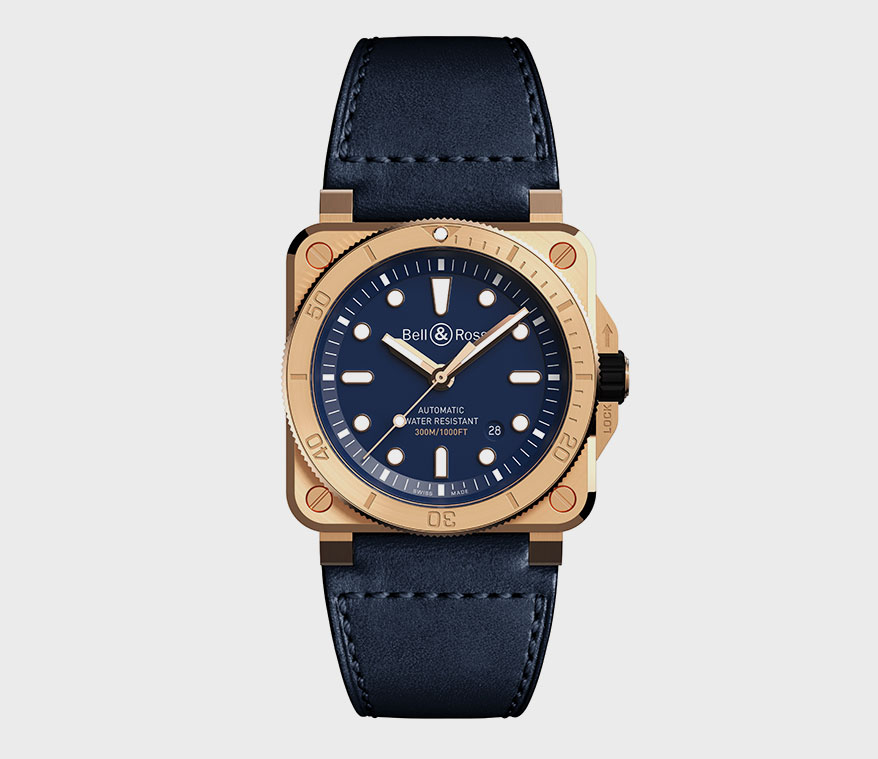 Founded in 1992 by two childhood friends, Bell & Ross has spent the last 27 years building a solid reputation in the U.S. as an affordable, dependable and yet still fashion-forward watch brand.
With an Instagram following well over 300,000, and fan pages such as @bellandrossworld and @bellrosswiki, the brand has managed to reach a whole new community of buyers and collectors that swear by the manufacturer’s quality and have no problem singing its praises.

The brand recently introduced a limited edition watch exclusive to the Americas: the BR03-92 Diver Bronze Navy Blue in 42mm, retailing for $3,990 here in the States.

This might be one of those moments that call for the “#ifyouknowyouknow” hashtag, because if you’re a retailer that already carries this sought-after brand, then you already know why it has made this list.

I don’t think I really understood the draw to Grand Seiko until recently, when I was invited to emcee a watch competition at Little Treasury Jewelers in Gambrills, MD, during their two-day Time Out watch fair. Truly, I never saw so many Grand Seikos sold in one day. People drove from hours away and a handful even flew in for the event, but what stood out most of all was that everybody wanted to tell me about the watch they were wearing. It was astonishing to witness and it opened my eyes even more to Grand Seiko’s public appeal.

One of the most stunning examples of the brand’s emphasis on elegant design combined with its commitment to produce quality mechanical timepieces has to be the Grand Seiko SBGA211 (also known as the “Snowflake”) from the Heritage Collection. Powered by Spring Drive, Grand Seiko’s unique caliber, the Snowflake has a 72-hour power reserve that is tracked by the power reserve indicator on the bottom left of the watch’s perfectly textured white dial.

As honorable mentions, I’d also recommend looking into brands like Oris, Hamilton and Bremont, as those are three watch companies continuing to find their strengths among younger watch enthusiasts.

Wishing you all a wonderful Thanksgiving!

Related Topics: Barbara PalumboFeaturedwatches
click to Comment(Comment)
Up Next

The Truth About How Modern Couples Shop for Engagement Rings

Where Did All My Profits Go?