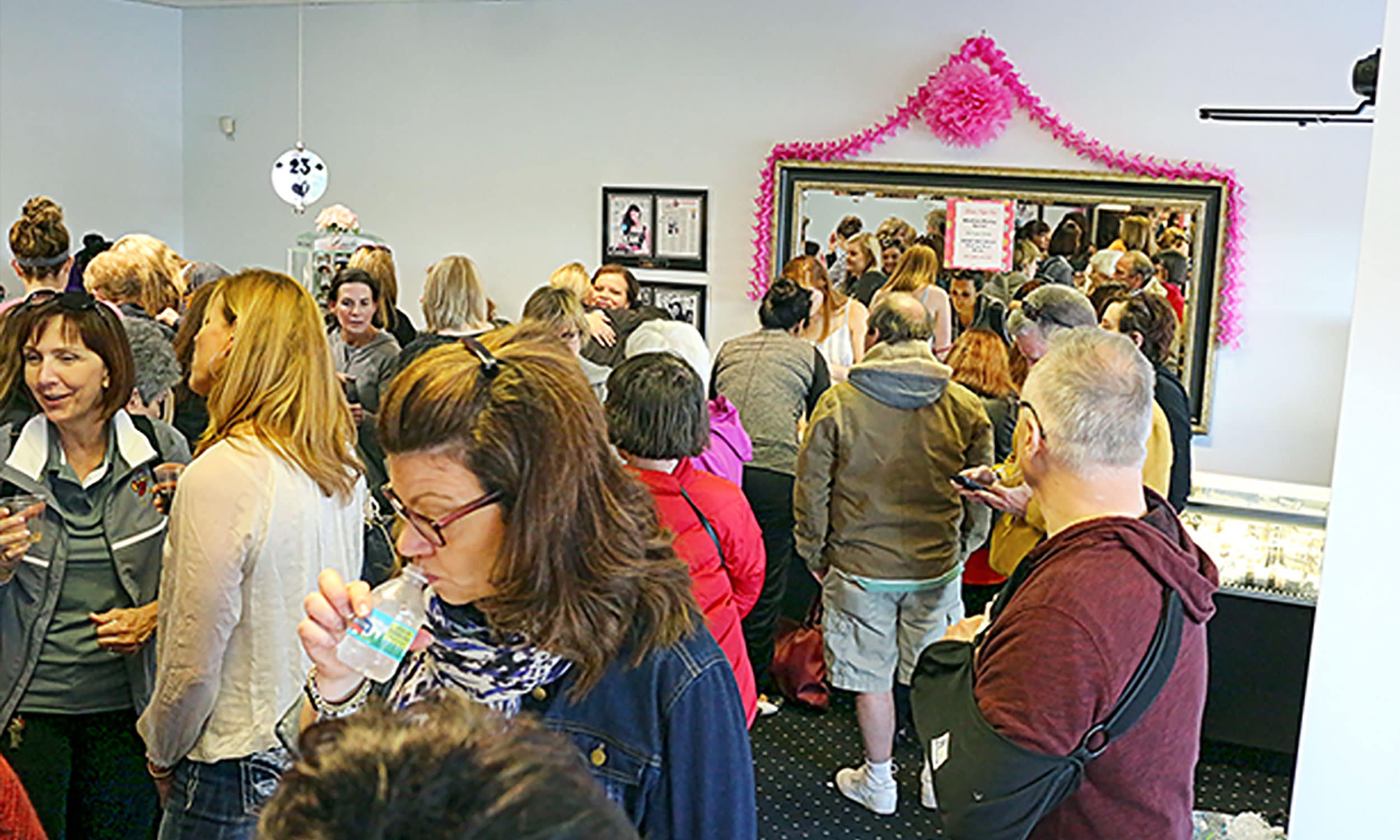 THERE WAS SQUEEZING-ROOM only inside suburban Chicago’s Linnea Jewelers when owner/master goldsmith Denise Oros changed the elements of her annual Ladies Night Out sale — and struck gold in the process. To celebrate the 10th anniversary of her La Grange, IL, store, Oros melded ladies night with a James Porte-copyrighted 60-minute, 60 percent off sale. Combined with a VIP event the night before, it allowed Oros to head to Vegas with nearly $100,000 in her pocket.

Thanks For Your Loyalty

The idea happened organically — after Christmas, Oros’ accountant — and her CFO/husband — said she needed to reduce inventory.

She could sell to a liquidator, or she could unload the excess at cost to her best customers. Oros settled on Porte Marketing’s (portemarketing.com) 60 minutes/60 percent off sale and began planning.

Along the way, she decided to combine the clearance with her annual Ladies Night Out, a popular April event billed as a time to grab girlfriends, shake off winter doldrums and shop for something new.

“We presented it to our customers by saying: ‘You built this business, I would rather sell my inventory to you at cost to say thank you for your loyalty,’” Oros says.

Customers waiting for the big event to begin.

Preparations began two months in advance. Oros and staff adjusted the prices of old goods to ensure they would make cost — along with a small profit — at 60 percent off.

A month before the sale, supplies were delivered, a caterer and security were in place and extra staff and runners were scheduled.

Porte also sent vibrant window signs. At about the same time, customers received VIP Access to Ladies Night Out — scheduled for the evening before the sale was open to the public — via their inboxes.

From there, the buzz grew to a roar. “Wish lists were being built daily,” Oros says.

A crowd on ladies night is typical, but this time, women arrived hours in advance — books and coffee in tow to ease the wait. When doors opened, no one was prepared for the madhouse— even the cop hired for security seemed a bit overwhelmed.

By the time the public event began the next day, there was a process. Ten to 15 people were allowed in at once, with 30 people max.

“What has surprised me the most… was how much fun my customers had,” Oros says. “It was crazy busy, and customers loved it.”

Do It Yourself: Get Organized

Related Topics: jewelry stores in Illinoisstore events
click to Comment(Comment)
Up Next

Maryland Jeweler Fights To Bounce Back From Thousand-Year Flood

Tying It All Together for the Holidays

Tying It All Together for the Holidays