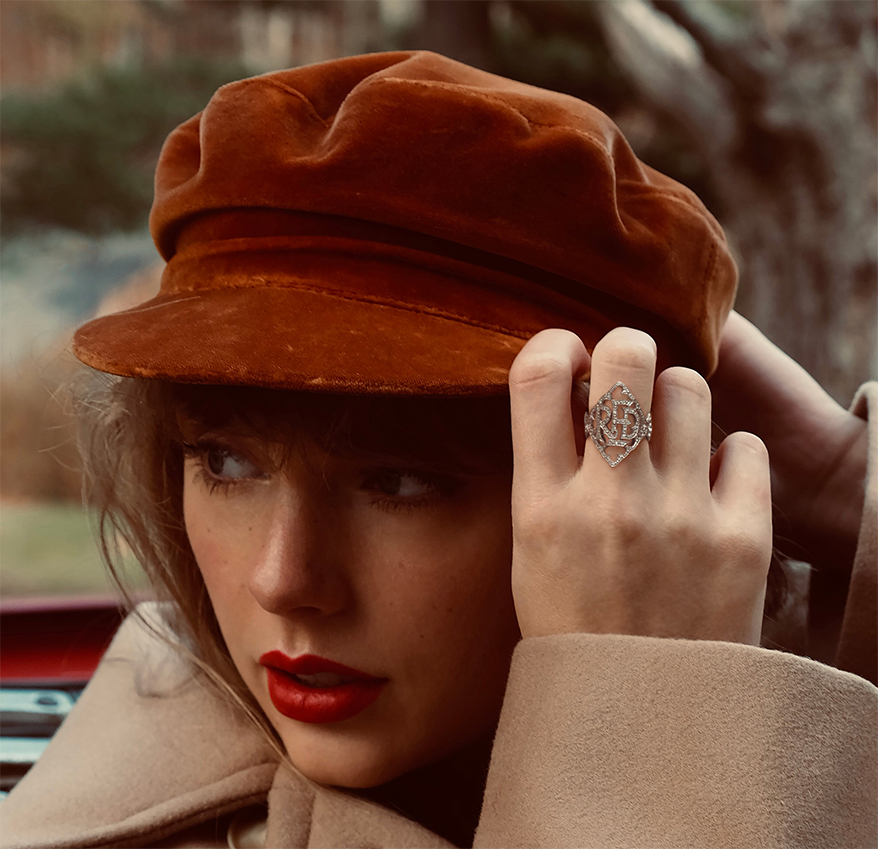 I HAVE BEEN a fan of Cathy Waterman jewelry since she launched her collection in the 1990s. I first saw it at Maxfield’s in Los Angeles and then at Barney’s LA and Barney’s NY. Some of my favorite pieces (and there are many in the collection — some shown in film and some on the red carpet) are her LOVE pieces — openwork designs with scrolly vines, branches and thorns accenting the entire ring including the font. I own her small LOVE pendant but have been eyeing the ring ever since she first designed it. While I am a self-purchaser, I always believed that ring should be purchased for me by someone else — (anyone else?!).

Kidding aside, I believed it was meant to be given by someone with whom I was in a romantic relationship — but Taylor Swift and Cathy Waterman’s daughter Claire Winter Kislinger had a different heartfelt idea. Kislinger, who had been close friends with Swift since 2011, gifted Swift the ring in platinum and diamonds (it is available in high karat gold as well). Swift wore it all through writing her original Red album, and when she was working on the Nov. 12 re-release of the album, she had an idea — to ask Cathy Waterman to design the ring with the word RED instead of LOVE in the center. Waterman was thrilled with the idea, as she considers Swift an extended part of her family. The ring was ready in time for Swift to wear on the new album cover of Red (Taylor’s Version) which features new songs and goes back to emotions that were palpable in the first release. The ring has special significance—the love between friends, strength and empowerment of women, and how the past can be revisited but with a brighter future.

An accessibly priced version of the limited-edition ring is available at store.taylorswift.com

And don’t wait around, as three independent, strong, creative women have shown us — it’s a gift anyone can give — between friends and family and to oneself.

Related Topics: celebrity jewelryFeatured
click to Comment(Comment)
Up Next

Beyonce Lights Up Instagram in Emeralds by Lorraine Schwartz