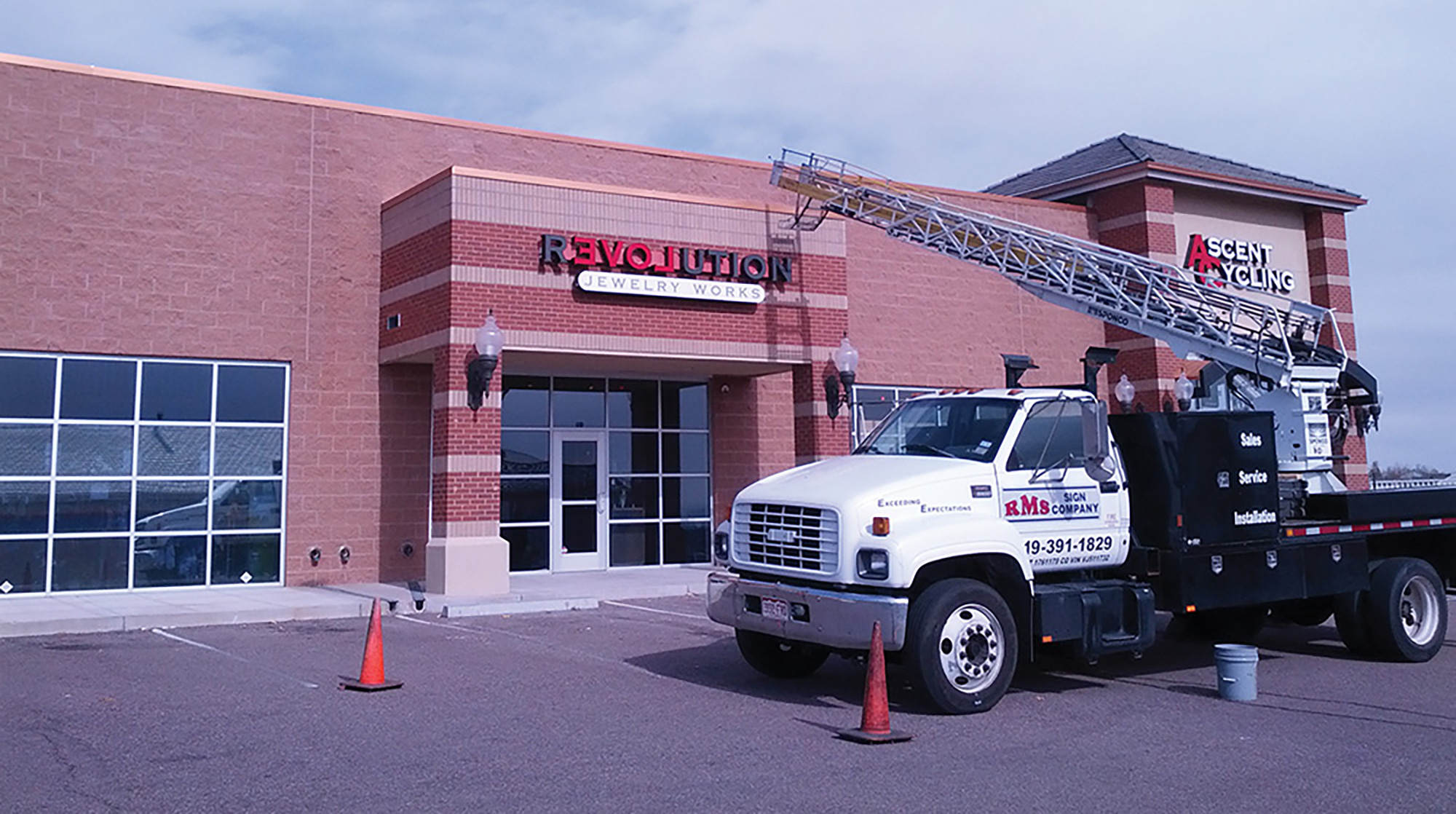 OWNER JENNIFER FARNES established Revolution Jewelry Works as a place that promotes originality. She had no idea how imaginative her clients would be or how large a custom-design niche she needed to fill.

“A lot of people want geek-themed rings,” she says. “They are Star Trek or World of Warcraft fans. And if it’s something that means a lot to them as a couple, something that brought them together, why not get something they really want? It’s a matter of letting them know it’s OK, they can do anything they want to do.”

Her reputation for creativity has spread quickly in just three years and led to rapid success that exceeded both her expectations and formal business plan goals.

“People travel from all over Colorado so they can have an original design,” Farnes says. “The majority of what we do is custom. That is probably the direction that bridal is going, and that is the driving force behind our business. People want to say ‘I am the only one in the world who has this ring.’”

The custom process is also conducted without judgment, no matter how offbeat the idea.

“Whenever a new client comes in looking like they’ve been through battle because every other store has said ‘Nope, can’t be done,’ we all see it as an opportunity to say ‘Oh, hell yeah!’ The best way to lose a customer is to say ‘No,’ but even if all previous experiences tell us something can’t be done, it never hurts to try.”

About half of her business is wedding-related, and a whopping 90 percent is rings. Often customers bring in bridal sets to be reimagined, after they’ve been married a while and find their taste has evolved.

Farnes, a rock hound since she was a kid, took a first anniversary trip to Montana with her husband, Jeremy, in 2003, and came home toting 10 pounds of quartz crystal. In the process of having the crystal cut, she met a stonecutter who offered her an apprenticeship. It turned out to be her calling and eventually she became a master faceter.

By 2013, she was ready to open her own retail space and workshop with the help of a Small Business Administration loan. She made the build-out a social media event, with followers helping her choose case designs and wall colors. “We weren’t sure if we should make the floor-to-ceiling wall red or blue, and everyone said ‘That has to be a red wall.’” She in turn updated her followers with daily progress reports, building a social media relationship even before the store opened.

The 1,274-square-foot store, with an additional 400-square-foot loft, was designed with an open floor plan and cases that accommodate seating, for a relaxed vibe. Farnes envisioned a fusion of wood and metal, for a look both luxurious and industrial.

She had no doubt where her niche would lie. Farnes had watched the local jewelry market shrinking (six stores had closed in two years). Most local small jewelers primarily offered repair work, and bigger stores sold mass-produced brand names.

“I wanted to build an accessible custom-design house that could help people build to their imagination,” Farnes says. “As millennials move closer to their prime age of consumerism, the industry will have to continually adapt to the customization desires their generation expects. Instead of waiting to adapt, I built our studio with the most advanced technology available, and offer continuing education to all of my employees so that we are all equipped, educated, and continually adapting now rather than later.”

She started with one associate, metalsmith Pedro Llanos, but began adding staff almost immediately. “Within six months we were drowning in work,” she says. The first year, she projected $200,000 in revenue and hit $400,000. This year, she’d been hoping to break the half million mark and now is revising that projection to $750,000.

Farnes is already envisioning her next move. “I didn’t think we’d outgrow our space for a good 10 years, but that 1,274 square feet is creeping in really fast,” she says. She plans either to buy the building she’s in and expand the space, or build a stand-alone place in the next year or two.

“I want to keep growing and I want to dominate Colorado,” she says. 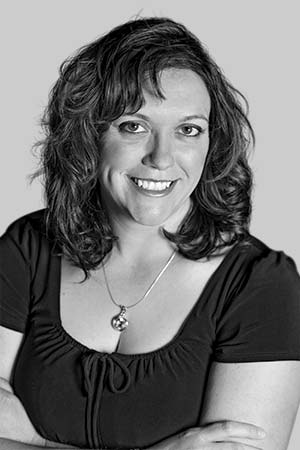 Profit sharing. At the end of the year, Farnes shows her employees what revenues and expenses were. Fifty percent of profits stay with the company to pay for equipment upgrades or travel. The remaining 50 percent is split up among employees, based on the number of hours they work. “Everyone has skin in the game,” she says. “If we’re watching the bottom line and working better, faster and stronger, that’s going to affect everyone’s pocketbook at the end of the year. If that’s not an incentive to get people excited about work, I don’t know what is. Everyone feels personally vested.”

Please be seated. Showcases are designed for pulling up a chair. “We thought that would make people prone to sitting and staying, and it’s worked really well,” Farnes says. “Most of the time they are here for an hour or two, socializing, drinking coffee, hanging out.”

Restoring memories. “Many gentlemen come in to restore class rings that are over 40 years old, and we can do it all in-house,” Farnes says. “We size the rings (even stainless steel), replace or restore the gemstones, and embellish worn-away details.”

Colorado cool. They have have been named “Best of Colorado Springs” jewelers based on votes by readers of two very different local publications for 2014, 2015 and 2016.

Camaraderie. “We are never too busy for a beer and dance party after close-of-business on Fridays,” Farnes says. “It’s usually just a beer as we pack up and reminisce about the week (unless ‘Uptown Funk’ comes on).”

What’s the environment like? “Casual and fun. Employees wear jeans and logo shirts because it’s an active workshop. It’s kind of noisy, but fun and laid back. People who come in feel comfortable because everybody really gets along.”

What kind of marketing do you do? “We advertise in movie theaters. We also do heavy TV and radio and a little newspaper. We invest about 20 percent of our net revenues into advertising. We also do a lot of Google and a lot of Facebook, but you have to do TV and radio to create brand awareness.”

What about special events? “Every year we have a huge customer appreciation night. Every customer we’ve ever had is invited. It’s our only sale, and it’s 20 percent off everything.”

What is your business philosophy? “I offer the highest pay locally and profit-sharing for the best talent looking to work in a place where they are welcome to share their ideas.”

Explain your approach to customer service. “The best way to lose a customer is to say ‘No.’ ‘Maybe’ gives them hope, and sometimes we can accomplish what we thought was impossible.”

Try This: A Gemstone Grab Bag

Farnes says that often she would be digging in the safe for a certain gemstone she wanted for a project and discover 15 other gems she had forgotten about. So jeweler Janelle came up with the idea to put some of those forgotten gemstones into brightly colored satin grab bags, priced at $25, $50, $150, $250 and $500, depending on their contents, and sell them to adventuresome, gem-loving clients. It’s proved to be a profitable idea. “It’s fun to move the gems, then help clients design around their buys,” Farnes says. 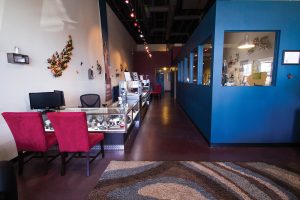 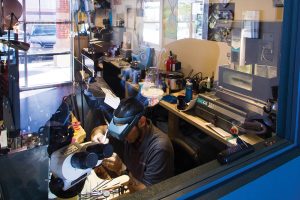 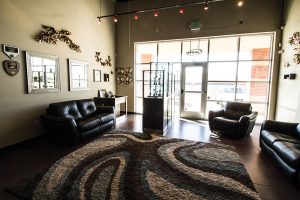 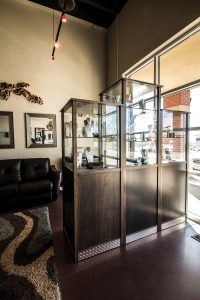 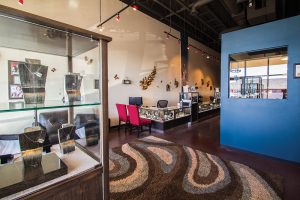 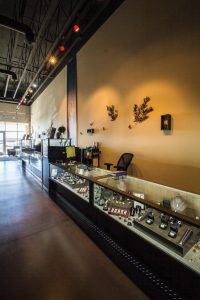 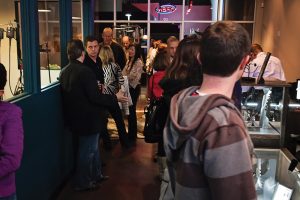 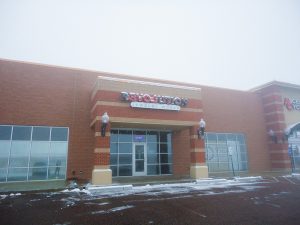