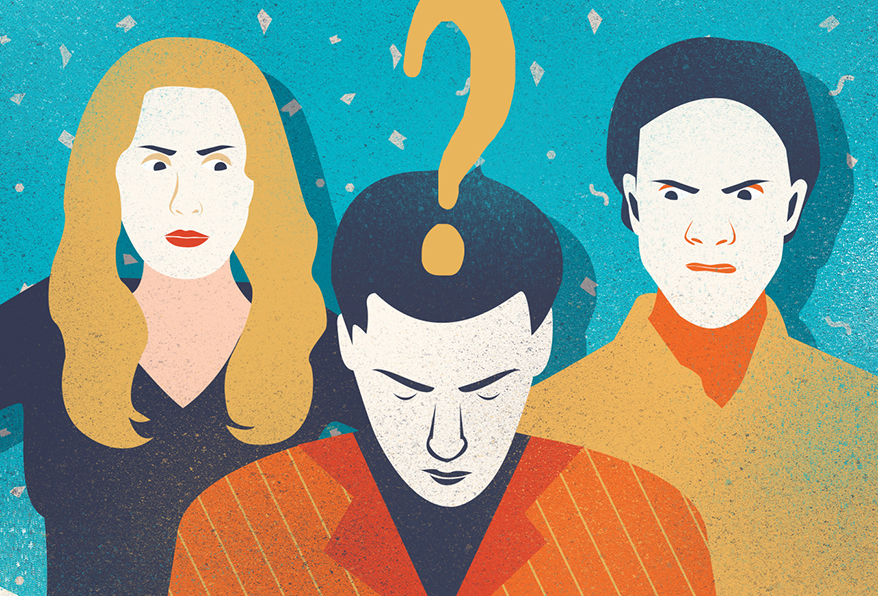 Beverly Greer had been a regular customer at Richmond Jewelers for as long as Ed Richmond could remember… at least 20 years by his count. Richmond was her “go to” shop for special, personal gifts as well as for gifts for associates and clients of her real estate business. It was only on rare occasions over the years that Ed actually saw Beverly’s husband Stan, though he’d often heard about Stan when Beverly came in to choose her own birthday, anniversary or Christmas gifts.

It was a bit of a surprise back in the spring when Stan Greer came into the store himself and told Ed he was looking for something special as a surprise, “just because” gift for Beverly. He said that her business had been pretty hectic over the past several months, and that she’d been working harder than usual taking care of both her clients and their home, as he’d been spending a good deal of time traveling for his own business. He wanted to let her know that he recognized and appreciated her efforts. After about an hour of looking at new arrivals and reviewing Beverly’s purchase history for items Ed knew she’d chosen for herself, Stan settled on a simple ruby and diamond bangle that the store had in on memo for just over $4,300.

About six months after the purchase, Beverly came in to see Ed. She brought the bangle with her, hoping to return it. She explained that as much as she appreciated the thought, the style just did not work for her. The bracelet had never been worn, but her schedule had been so hectic recently that this was the first opportunity she had had to bring it back. Ed told Beverly that under normal circumstances, he would gladly make an exception to his 30-day return policy for her. Because the bracelet was not owned by the store and had been purchased from the designer when Stan selected it, though, the best he could do was to issue a store credit for the purchase amount. Fortunately, Beverly was more than understanding and was happy to leave the credit on file to use against future purchases. It was written under “Stan and Beverly Greer,” the names on the store’s client account record.

On a Friday two months later, about a week before Christmas, Stan visited the store again, this time looking for a diamond solitaire pendant. He said he knew that the bracelet had been returned, and that he wanted to stay in the $4,000 price range, hoping to use the credit he had on file. When Ed mentioned that Beverly already had a diamond pendant, Stan looked a little bewildered. He told Ed that the bracelet was actually a “make-up present” of sorts that didn’t go over very well. He said that he and Beverly had divorced several months ago, and the pendant was for his new lady friend. He was surprised that Beverly hadn’t said anything when she came in with the return.

Red flags and warning bells immediately came to Ed’s mind. He told Stan that although he had made the purchase, it was Beverly who actually returned the bracelet. He explained that with a divorce involved, he would need to do some research to determine who actually owned the credit. He offered to hold the pendant Stan had chosen and asked him for a few days to work it all out. Stan was not happy, but he understood that Ed was in a difficult position. They agreed to talk again the following Monday. Ed couldn’t help but feel that any decision would end up being messy and costing him a customer.

This just happened to me with an outstanding credit of $13,000. Stay clear of the issue. You don’t want to get in the middle of a marital dispute and lose both clients and more also. I told them to return their decision to me in the form of a notarized letter stating how I was to proceed. Everyone is happy, finally, almost a year and a half later. Phew…

Ed may have noted both names on the in-store credit. However, Stan was the original purchaser and should be the recipient of that credit.

If the return was made while they were still married and not “finally” divorced, it’s 50/50. It should have been listed as an asset (like stocks). If the purchase was made after they were divorced, I would contact both attorneys and get an agreement from both in writing. This could cost Ed a lot of money in legal fees. I’ve had this thing happen to me; thank goodness I keep security tapes on these types of transactions. Saved one client a million dollar judgment on his estate!

You may indeed be fortunate that the credit is written “Mr. AND Mrs.” At least in California, that requires the two listed owners of the money to both sign off on it. If you had written “or,” it would be more difficult legally to refuse full use of the credit to the husband. Verify with your attorney — extremely important.

Ed’s lawyer will have the legal answer, but my gut tells me that since it was a gift (not a contract like a diamond engagement ring), the bracelet and hence the credit belongs to Beverly. This is on the assumption that it wasn’t part of the divorce settlement. As to letting Beverly know of Ed’s attempt to use the credit — NO! Tell her to come in and buy a nice piece of “I’m divorced” jewelry.

Had Stan not said anything about the divorce, he would have used the credit without question and Ed would have had to deal with Beverly later; this situation could allow Ed to dodge a larger bullet later on. Given the fact that Stan and Beverly are no longer married, I would notify her immediately since both names are on the credit. Additionally, the fact that this was a gift makes me believe the credit should be transferred to her name.

Ay ay ay!!! This has to be one of the most dreaded situations for jewelers. I would dare to say that the credit stays with Beverly since it was a gift, but seeing that she never wore it, returned it and Stan actually paid for it … I don’t know. I would definitely consult an attorney to see how this would pan out legally. And I might call Beverly and give her the run down and play it off of her reaction. It’s 99 percent likely that she’ll flip out and demand that the credit is hers, but there is that 1 percent chance that she releases it to Stan. That’s the best solution in a perfect world. The only problem: this world ain’t perfect. Good luck!

When an Employee Backtracks on Leaving Her Job, the Owner Finds Himself Overstaffed. What Would You Do?

When An Unhappy Support Staffer Releases Confidential Pay Rates, A Retailer Is Dumbfounded. What Would You Do?