“We have found out that some people made fake reports with a working QR code,” said AIGS Chairman Kennedy Ho.

“The only way to be sure that a report is genuine is to check the AIGS website www.aigsthailand.com or to make an enquiry via email, with a photo of the report, to [email protected].”

AIGS, based in the Jewelry Trade Centre (JTC) in Bangkok, is a leading gemological laboratory and issues hundreds of gemstone reports every day.

Thailand is an important international hub in natural coloured gemstone manufacturing and trade.

“Some unscrupulous people have decided to rip off customers by using AIGS’s name. Indeed, they have created fake AIGS reports which look like genuine ones,” Kennedy Ho said.

“If you scan the QR code of the fake report, you will be directed to a website: www.aigsthailand.co, not “.com”.

“We urge anyone who believes they may be in possession of a fake AIGS gemstone report to check the AIGS website or to contact AIGS directly by sending an email to [email protected].”

Kennedy Ho added, “AIGS will be taking legal action to the highest extent of the law towards the perpetrators and those who use the fake reports with the intent to mislead others.” 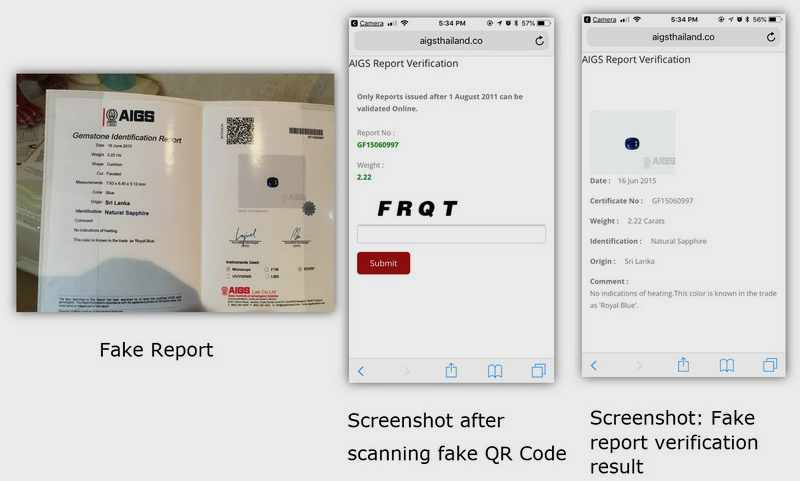 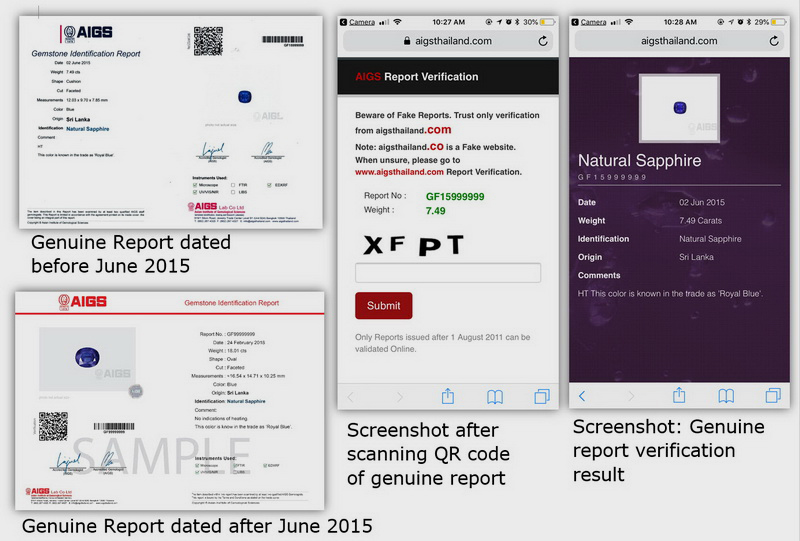