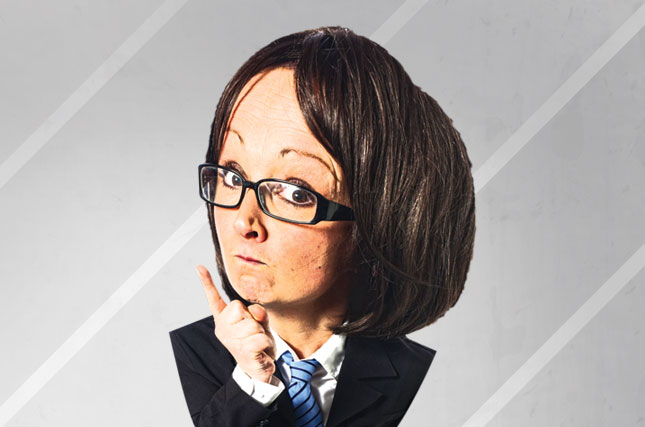 What’s the best way to deliver a bad employee review?

David Bentley coined the term “naked leadership” to promote the idea of totally honest management and stripping away the emotional hang-ups of giving negative feedback. In terms of handing down a less-than-positive performance review that means:

Just do it. No sugar coating. No mixed messages. Make it clear you’re criticizing a result or action, not the person. Stay on target. You’re doing this to identify and fix a problem.

Keep it simple, objective and sincere. Insincere feedback is a waste of everyone’s time and it detracts from your credibility. This is about business and behaviors. It’s not about you and whether you’re a nice person, it’s about the team and improving the performance of your store. Keep that idea in your head and it will make the process much more useful for all.

With rents low and good spots available, now seems like a good time to open a second store. What do you think?

One of the attractions of opening a second store is the perceived economies of scale — an entirely new customer base while offering the opportunity of negotiating better terms with suppliers and spreading out fixed costs such as marketing, advertising and administration. But for whatever reason, most jewelers tell us expanding actually makes you less efficient — you end up working twice as hard for a much smaller return on effort, at least initially. Before you push ahead with such a plan, ask yourself these questions:

If there’s a chance to expand the original location, that’s often the best way to go.

I’m not having much luck getting people to sign up for my emails. What should I do?

You’re not alone. According to a survey by LoyaltyOne, 74 percent of American and Canadian consumers don’t see much benefit from sharing personal information with marketers. In addition, more than 40 percent said that in the previous year they had used cash instead of a card precisely to protect that private data. So what is it they want in exchange for their contact information?

But giving them what they want is also not enough. You have to win their trust, and that requires being transparent about what you’re offering, safeguarding their data and maintaining frequency at a welcome level.

An employee tells me she is frustrated with different aspects of her sales job. How do I respond?

Start with her. Ask what she thinks the answer is. If that doesn’t yield anything helpful or realistic, ask her to come up with three lists made up of:

Put these into three buckets and then find ways, together, to spend 10 percent less time on the “ugh” stuff in Bucket C and increase by 10 percent time spent on the engaging activities in Bucket A. Of course, sometimes she’s just going to have to suck it up and do the ugh jobs but at least you’ve gone the extra yard. The point of this isn’t to pander to your staff. People do better jobs when they do what energizes them, which can be surprising: some people get a kick out of spreadsheets. Others enjoy the thrill of a cold call.

While I Am Sometimes Known As Landscape Quartz, My Actual Gemstone Name Means “Sludge” In Portuguese

Jewelry Wholesalers Robbed of $500,000 in Goods