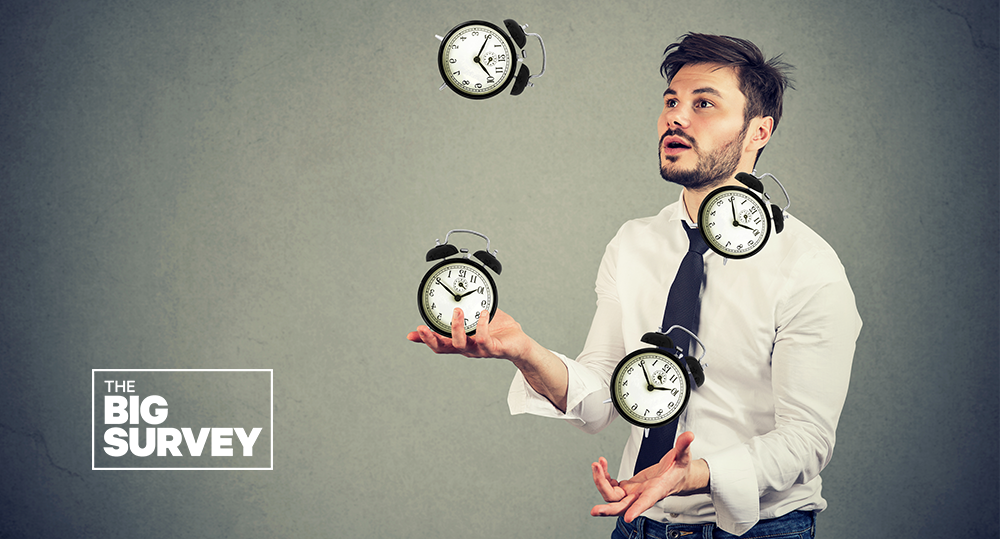 CONVENTIONAL WISDOM SAYS there should be a direct correlation between hours worked and performance. But the 2018 Big Survey failed to find such a clear link. The takeaway? Working smart and other variables like being in an economically strong part of the economy matter more, because when you look at the numbers, just about all jewelers work hard.

To be sure, the strugglers in our survey (defined by those who said one of the last two years had been their worst in business) tended to be over-represented at the “fewer hours” end of the band, but they were also among the jewelers putting in the longest hours at the other end of the spectrum (16 percent of the strugglers were working more than 60 hours a week compared to 12 percent for the thrivers). Overall, just about everyone was working hard: 58 percent of the respondents to the 2018 Big Survey, which attracted the participation of more than 700 independent jewelers, reported working more than 45 hours a week.