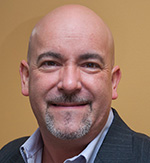 Warren is well known in the jewelry industry for the extraordinary success he has enjoyed for the last 17 years, building a million-dollar plus retail jewelry business in an infinitesimally small market town of just 4,000 people; the North Carolina mountain village of Hudson. He has parlayed that success into a speaking and writing avocation, addressing jeweler groups around the country and regularly contributing to industry magazines like INSTORE and Southern Jewelry and Mid-America Jewelry News.

“I am not giving up my jewelry store,” Warren emphatically states. “This is not a situation where I failed at one thing and am now moving on to something else. On the contrary, my jewelry business is as healthy as it’s ever been and my business is now set up in such a way that I can pursue my other passion… helping people. Coaching my independent jeweler colleagues is a great way for me to do that.”

It hasn’t always been roses for Warren. Back in the early 2000s, he was struggling. Business was off over 25% and had slipped to annualized revenue of just $475,000 heading into the Fall. That’s when he hooked up with marketing coach Jim Ackerman of Ascend, and life instantly began to turn around. By the time the year was out, the deficit was erased and Bill tallied nearly $750,000. This marked almost a 60% turnaround in just four months.

Thus began a friendship and partnership between Bill and Jim that has now led to them joining forces to expand the Ascend footprint in the industry, and to reach more jewelers who need the same kind of help Bill experienced.

According to Ackerman, “Bill Warren is one of the consummate implementers I’ve ever worked with. As we worked together, he was all-in, doing whatever I asked. As a result his was one of the most remarkable turnarounds in our history. And the best part is, Bill has sustained his marketing focus ever since. It’s that kind of concerted effort that I’m confident he’ll bring to the world of marketing coaching, and any of his clients will be fortunate to work with him.”

Ascend Marketing has worked with hundreds of jewelers through their coaching program which is unique in the industry. Coaches Ackerman, Paul Furse, Royce Blake, and now Warren, work with stores over an extended period to help them get more new customers, increase average transaction, and get existing customers buying more frequently.

“Marketing is more than know-how. It’s DO-how,” Ackerman says. “Jewelers need sound marketing habits, skills and systems to succeed in today’s competitive environment. You can’t get those in hour-long seminars at trade shows. Skills take time and practice, and we’re the only ones who provide you with the feedback and accountability to acquire those vital attributes in business.”

“I’m excited for what I can bring to the table. Jim’s program certainly changed my business and my life. Now I want to do the same for other jewelers. With this program I know I can make a difference,” Warren says.

Bill Warren has been in the jewelry business nearly 40 years, having started while in school. He’s owned and operated his store in Hudson for 26 years, and before that worked in jewelry chain-store operations. He’s a goldsmith, gemologist, appraiser, gem cutter and watch repairman, but says, “I found true success when I became a “marketer of jewelry, gemstones and jewelry-related products and services.”

Bill is also an avid musician, playing acoustic and electric guitar, banjo, mandolin and bass. He and his wife of 30 years, Angie, have one son, Dillon.

Warren recently completed his certification training with Ascend in Atlanta and is now certified to administer the program to clients.

In celebration of Bill’s addition to the Ascend stable of marketing coaches, the company is providing free Marketing Fitness Check-ups through April 30, 2019. This diagnostic tool is a $397.00 value and helps identify weaknesses in the marketing systems and programs of independent jewelers. The administering marketing coach then provides three or more specific recommendations the jeweler can immediately implement to increase traffic and improve closing rates.