1 On this day in 1790, the United States conducted its first census (it tallied 3,939,326 people, about 700,00 of whom were slaves and 95 percent of whom lived on farms). Much has changed since then but not the need to know basic demographic information. Mark the 225th anniversary of the first population count with a survey of your market: number of households, the total dollar value, and your share (your vendors and local chamber of commerce should be able to help). Finally, set some realistic goals. We’ll check back in 10 years to see how you’ve done.

This article originally appeared in the July 2015 edition of INSTORE.

8 With the typical American family stopping at less than two kids, middle children are somewhat of an endangered species these days. That might account for why they tend to be more introverted and quieter than their book-end siblings. Nevertheless, bust out a good wine (not too old, not too young) and invite middlings to come in to celebrate today, Middle Children’s Day, with some specially selected and priced merchandise (not too high, not too low).

13 Mark National Left-Handers Day by performing a few simple tasks such as eating or brushing your teeth with your non-dominant hand. The idea’s not to show solidarity with southpaws but to force your brain to relearn a common activity in a new way. According to recent studies, you’ll grew new neural connections, which will make you a smarter jeweler and help ward off Alzheimer’s.

15 There’s nothing more heartening to the seasoned retailer than to see two best-friend shoppers armed with credit cards and on a mission to enjoy themselves. Encourage such reckless abandon with a Best Friends Day promotion, such as a special discount or gift for a customer who comes in with a pal. Encourage them to post their finds on Facebook so their other friends can comment.

18 Today is BAD POETRY DAY. And for those of you whose reaction to that announcement was: “Hey, I thought all poetry was bad,” all we can say is … “Philistines!” Personally, INSTORE thinks that a bad poetry contest is one of the most entertaining events you can hold in your store. Invite your customers to submit an “Ode to he/she who is exalted.” Sparkling prize to the winner.

20
On Men’s Grooming Day, team up with a local men’s spa or upscale hairdresser. Print up gift cards for them to hand out offering $50 in store credit to be used with any of your men’s jewelry..

Advertisement
It’s a lot easier to kiss and make up with a present from your store.

25
If you’re like most jewelers, your job is twofold: part merchant, part marriage counselor. Today is a day when you can use the latter to benefit the former — Kiss and Make Up Day. Give those bickering couples a chance to bury the hatchet with a special gift from your store.

26
If you don’t normally allow dogs in the store (your bad purchases aside), make an exception today, National Dog Day. Invite owners to bring in their best friends, hold a dog fashion show, and raise money for the local no-kill shelter.

27
Given that you are also in the old-carbon extraction business, you’re more or less obliged to mark national petroleum day. Do your bit for energy security by seeing if it’s feasible to organize a car pool among neighboring retailers to get your staff to work. 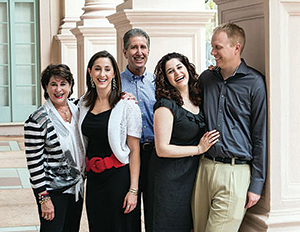 a As a budding watchmaker, the young George Hornik had an appropriately good sense of timing. Fresh from being discharged from the Navy toward the end of World War II, the Brooklyn native took his newly burnished horological skills and headed to soon-to-be booming Miami, where he opened his first business repairing watches for $1 apiece. A decade later, George and his wife, Helena, relocated to the soon-to-be fashionable Miracle Mile in Coral Gables. Jae’s Jewelers has been there ever since, evolving into a full-service jeweler. Last year, the store was named Coral Gables Retailer of the Year in recognition of the family’s contributions to the local area. “(The award showed) our commitment to providing exceptional products and services,” said Jill Hornik, George’s granddaughter, and Jae’s marketing manager.

Peridot: The slightly faded green of grass in August, limes bobbing in a tall glass of soda and peridot dangling from silver earrings or a bracelet. Some colors are intrinsically entwined with summer and so it is with August’s birthstone, which has a history as a gemstone that dates back to ancient Egypt, Land of the Sun. Peridot is also recommended as a gift for the 16th wedding anniversary.