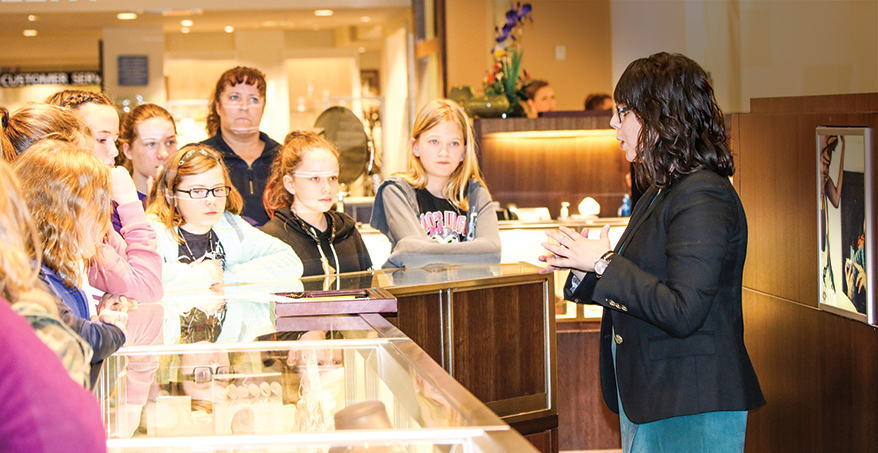 “Borsheims has so many talented, strong, female leaders throughout the store, we love having them teach and mentor the next generation,” says Adrienne Fay, director of marketing and advertising. “We hope the night sparked an interest in jewelry and science for at least few of the girls and opened their eyes to a career in the world of fine jewelry.” 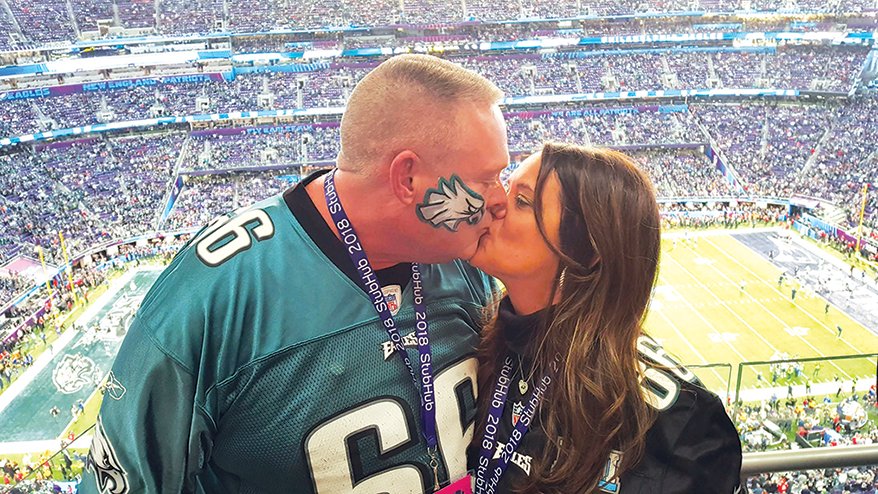 Jeweler Hits This Proposal Out of the Park
Bernie Robbins Jewelers, PA & NJ

2 Harvey and Maddy Rovinsky, lifelong fans of their hometown team, the Philadelphia Eagles, offered fellow fans a dream proposal story by giving away two tickets to the 2018 Super Bowl LII to the first couple who purchased an engagement ring valued at $50,000 or more at one of their four locations (Villanova and Newtown in PA; Somers Point and Marlton in NJ). The giveaway launched on a Monday, and by the end of the week, they had a winner — Bob Wanum, of Doylestown, PA. Married for more than 30 years to the love of his life, Teresa, Bob proposed a vow renewal during the big game. He had purchased a round diamond engagement ring in a halo setting with a split shank of diamonds, valued at over $50,000, and won two tickets, courtesy of the jeweler. 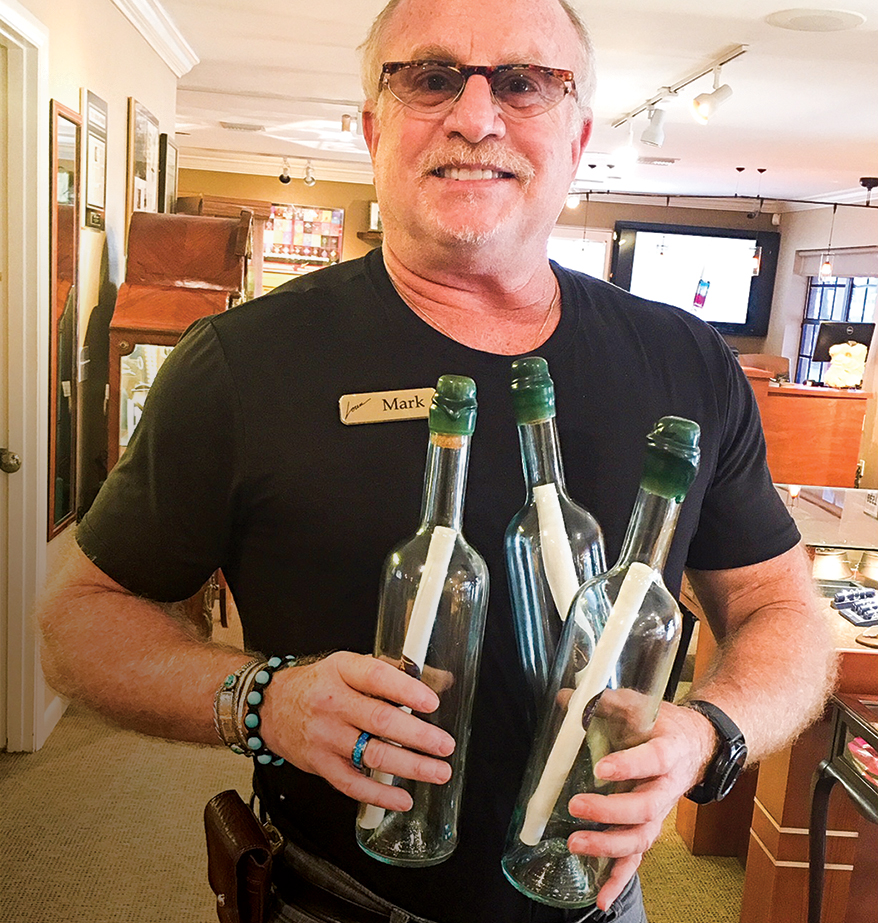 3 Wes Skinner, a 22-year-old Florida Gulf Coast University student, who is also a spearfishing commercial fisherman, found a bottle bobbing in the Gulf of Mexico that contained the remarkable message that he had won a prize from Mark Loren Designs. When he brought his message to the jewelry store, he was incredulous to learn it was redeemable for a 1.90 carat round brilliant diamond, valued at more than $10,000.

On Feb. 12, Mark Loren, owner of Mark Loren Designs, had helicoptered along the coastline and dropped three bottles, each with messages, as a promotion for Valentine’s Day. Two bottles contained $2,500 gift certificates valid for any purchase or services. The third, a certificate for that showstopper of a diamond that Skinner claimed.

Loren got the idea after reading about a message in a bottle found in Australia recently that was 136 years old, beating the previous record of 108 years between time of launch and time of discovery. It was part of a German project to measure the tides. “A message in a bottle has a romantic edge to it, and a lot of our branding is about treasure,” he says. He promoted it on social media by urging couples to take a walk on the area’s beautiful beaches, hand in hand, on Valentine’s Day.

Loren had planned to simply toss the bottles off a boat, but when a friend volunteered the use of a helicopter, that sounded like more fun.