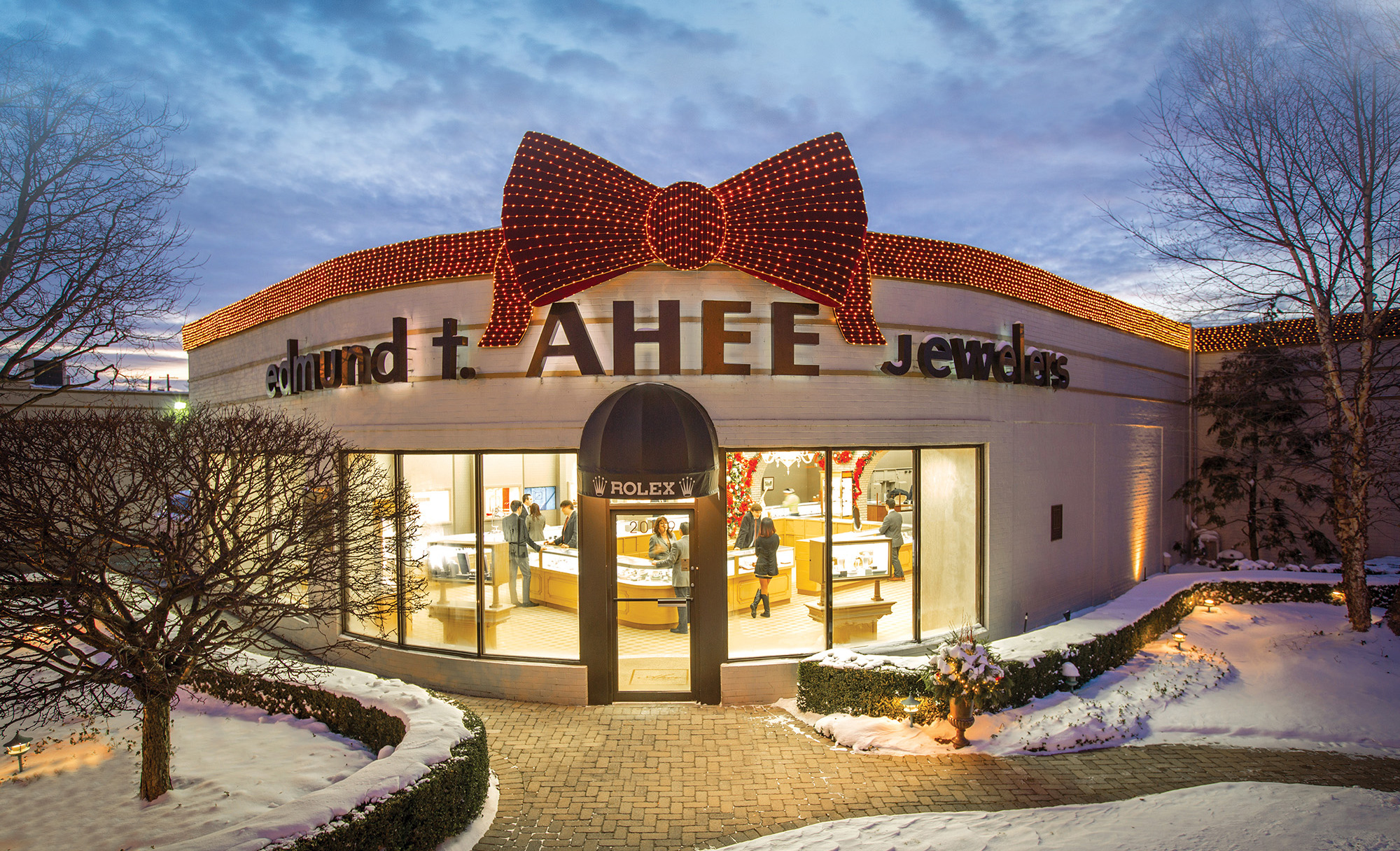 From bowling alley to car dealership, the Ahees’ family business rolls with the times.

JOHN AHEE, VICE PRESIDENT of Edmund T. Ahee Jewelers, still loves to hear clients from his parents’ generation tell him they bought their wedding rings from his father, Edmund, in a bowling alley.

Edmund lost his own father when he was just 12. Forced to drop out of school, he opened his first jewelry store in the lobby of his uncle’s bowling alley in 1947, selling fine jewelry along with clocks, watches, small appliances, vacuums and giftware. His flourishing business moved from Detroit to Grosse Pointe Woods in 1968, into another unlikely location — a building that began its life as a De Soto car dealership and, under Ahee ownership, became the city’s first designated landmark. Of course, the family points out, bowling alleys and car dealerships are a staple of the Detroit landscape. The dealership, Edmund and Bettejean realized, would have enough room for a spacious and welcoming showroom as well as space in the back for custom designers, craftsmen and gemologists.

From the beginning, John’s mother, Bettejean, was the store’s ad hoc interior designer, responsible for transforming the former car dealership into a jewelry showcase and a landmark. “She’s always been nuts about all of our grounds looking special,” John says. “My mother is still in charge of that, making the interior and exterior look very new and fresh.”

The store design is classically traditional but Bettejean freshens it up every five years or so adding elements to make it look incrementally more eclectic and up to date. In 2014, Bettejean added new shadow boxes and showcases, updated the lighting and tweaked the exterior design.

“My mother’s stamp is on this business just as much as my Dad’s” says Peter Ahee, the store’s president. “While she was raising the family, he would consult her on everything that was happening
in the business. That’s what we talked about every night at the dinner table, how to make the business better. She helped Dad in creating our company’s long-time guiding principle, ‘Always give the customers more than they expect,’ and she instilled that idea in each of us as kids.”

Bettejean, 86, is still in the store every day, overseeing operations. She was joined in the business by all seven of her children, as well as nephews and grandchildren. Of 30 staff members, 12 are relatives. “We’re very fortunate,
we happen to be a big family that gets along,” John says. “We all do different things, but we work as a team.”.

John and his siblings found their niches naturally, whether that was gemologist, marketer or jewelry designer. John remembers calling his dad from school to say he was running late for his job. He was 9 years old and had been working in the store since he was 7. “My father was very fair, but tough,” John says. “I called to say I was going to be late, and his response was, `Well, hurry up; we need you here!”

“My father had us learning things very early. I’m not sure how he did it, but all of us chose on our own to stay in the jewelry business as one family business. He always wanted us to work in and grow one store and pay close attention to the business,” John says.

But because he was so young when he became immersed in the business, John isn’t sure what appealed to him about jewelry. He just enjoyed being with his family.

As for Edmund, who died in 1999, the jewelry business was attractive because, he said, it was the only business he knew of that the longer you kept your inventory, the more valuable it could become. As opposed to, say, transistor radios or vacuum cleaners.

Being in an affluent area has meant business has been fairly level, without frenzied increases or precipitous declines.

More than half of the jewelry sold at Ahee is made in house, with carefully selected diamonds and gemstones. Such quality draws widespread notice and celebrity friends. For example, Ahee was commissioned to create jewelry
for Pope John Paul II’s visit to the United States in 1987. A baby grand piano helps set the mood at events and on weekends.

Ahee Jewelers was also commissioned to create a replica of the Ford GT sportscar for a client, using precious metals and jewels. When the hood is lifted, there’s actually a jewel of an engine underneath.

And when the Detroit Red Wings won the Stanley Cup for the first time in 45 years, Red Wings forward Kirk Maltby brought the prized cup to the store to celebrate.

Shoppers are primarily conservative, affluent men and women. Still, there’s room for a mix, both in merchandise and an increasingly younger and eclectic clientele seeking value and quality. Retail prices begin at about $500 and run all the way to platinum and diamond necklace levels. “We want to appeal to the first-time customer and we want people to see we treat everyone with the utmost respect,” John says. “We don’t want people to say, ‘I can’t go there. They’re too expensive.’”

Ahee’s unique selling proposition is clear: “Being in it for the long run and taking care of people as best we can,” John says.

1. A strong brand message. The positioning statement, “Celebrating Life’s Special Moments for Three Generations,’ expresses the message John would like to convey — a graceful blend of quality, continuity, philanthropy and hospitality. While the store has always had a measured approach to publicity, its tradition for quality still gets noticed, most recently by a Discovery Channel show called “How It’s Made,” which focuses on how a diamond ring is made at Ahee, from design to execution.

2. It has a piano. “My mother and father came up with the piano and pianist idea,” John says. “I was in college and they called me about it and I said, ‘I don’t think it’s a good idea.’ But when I got to the store, there it was — a baby grand piano and a pianist!” The music plays on, 30 years later, setting an elegant tone on weekends. John concedes that he was wrong; people really enjoy it.

3. Named most hospitable. When the Ahee family was notified that the company would be the first retailer in the world to receive the Five Star Five Diamond award from the American Academy of Hospitality Sciences in 2013, they contacted the local newspaper to share the good news, the story was picked up by the Associated Press and
it went viral. It also affirmed their values: “We’re nuts about customer service,” John says.

4. Its lucky charm. Edmund T. Ahee bought a cash register at auction in the late 1940s. As the business achieved success, Edmund considered it his lucky cash register and never wanted to part with it. So even though the latest date the register can print out is 1955 and it can only ring up to $999, the cash register can still be found displayed in the Ahee store, nearly 70 years later.

5. It’s gift-wrapped. The store is wrapped with a bow at Christmastime. It was John’s idea. “I always remembered going to see the jewelry stores in New York City and seeing the bow around FAO Schwartz.” The Ahee’s landscaper built the burgundy velvet ribbon that wraps around the 6,500-foot building. “People came in or called our store every day expressing how much they loved the bow, and how much it added such a holiday spirit to our community,” John says.

TRY THIS: Begin a Charitable Tradition

Thirty-three years ago, Edmund and Bettejean Ahee started the first annual “Capuchin Souper Summer Celebration” to raise funds to feed Detroit’s needy. Today, the event (which is produced and underwritten by the Ahee family) annually attracts several thousand clients to Comerica Park, raising more than $6 million for the Capuchin Soup Kitchen, which was founded during the Great Depression. Edmund always felt that it was more important to give than to receive. When he died in 1999, he had the biggest wake in the funeral home’s history; people waited hours to talk about all the ways he had helped them, John said. 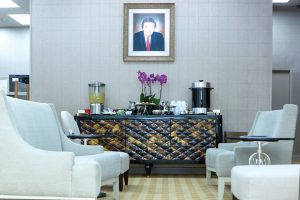 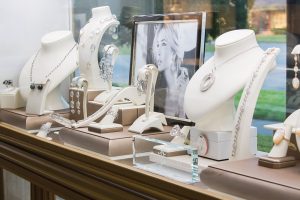 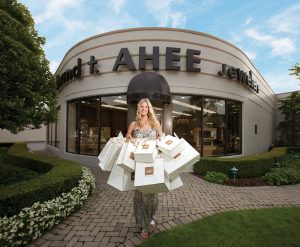 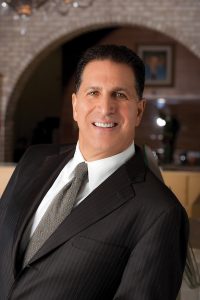 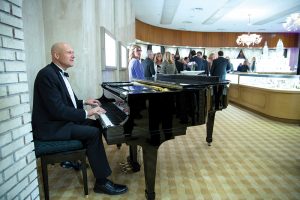 Related Topics: jewelry stores in Michigan
click to Comment(Comment)
Up Next