When Wisconsin Store Redesigned, There Was a Surprise in Every Corner

WHEN AL LOUIS restored the historical brick building that is home to Designing Jewelers in La Crosse, WI, he stumbled into a lot of thrills. And one big chill.

“I thought, let’s just make the building a little more historic,” says Louis, recalling his own naiveté about what lay ahead. “I didn’t have a lot of money. So my initial thought was just to take out the dropped ceiling and put in a synthetic tin one.

“But when we went up through the first ceiling, there were three existing dropped ceilings. When I looked up through the last one, I found the original tin.”

Still, that beauty had to be exhumed from above nearly 5 tons of framing and tile. A supporter of the city’s historic district, Louis then determined to extend the restoration to the rest of the store. The 1881-vintage building had served as a bar, apartments, a clothes boutique, a paint and wallpaper store and even a Kewpie hamburger shop. Louis and his wife, Brenda, pulled out five layers of walls and flooring.

The wall demolitions added 12 feet of width to their display floor, giving them 1,450 square feet of space, plenty of room for the CAD-assisted design they specialize in. It also revealed a niche room with an arched door that had been hidden behind layers of walls.

“We didn’t even know it was there because of the walls covering it,” Louis says.

The biggest shock, however, awaited underneath the wall facades above the front door. Hidden there, behind the street sign, was a transom window — wide open. The icy winters in La Crosse, where the average January temperature is 15 degrees, had been pouring in since before Louis opened the store in 1995. “Our heating bill’s one third now,” he exults.

Another discovery: The store’s floor sloped by as much as 18 inches, requiring installation of a self-leveling surface. The Louises added a laminate wood floor to cope with winter traffic’s snow and salt while contributing a natural maple look.

“Our goal was to keep the building looking historic but operating efficiently,” Louis explains.

Pendant cone lights now illuminate the store’s vintage cabinets with turn-of-the-century ambience for a city that appreciates history. More than 30 La Crosse buildings — even six bridges in this Mississippi River city — are on the National Register of Historic Places. Louis estimates there have been at least 240 restored buildings downtown; Designing Jewelers is one of the cornerstone members of its historic district.

From a city where much of the downtown was boarded up when he arrived, Louis says, the historic district has become its crown jewel. To keep costs down, Louis served as his own general contractor. Another cost saver: holding out for the right moment. Louis had seen mahogany-tone cherry cabinets at another local store while he was working for a Red Cross fundraiser.

The store was moving and offered them to him for half the purchase price: $40,000.

“I can’t afford that. But I left them my name and number in case they wanted to call me,” Louis recalls. The company returned with a lower offer — $28,000. Louis chose to wait.

Then one afternoon the call came: Move the cabinets out by midnight and they’re yours free.

“I had to hire 10 guys and two trucks,” he says. “My only real cost, besides that, was doing some repair work where there was sanding and small repair needed. They’re beautiful cases.”

The fully restored store, with its brick walls and wood trim created to match its cases, was worth the 14-month wait with its business squeezed into the adjacent coin shop Louis also owned.

“The comment that people make the most is that it’s warm in here,” Louis says.

“Our customers, our guests, become part of our family. This is a really family-oriented place,” he says. “People just come in to talk.” 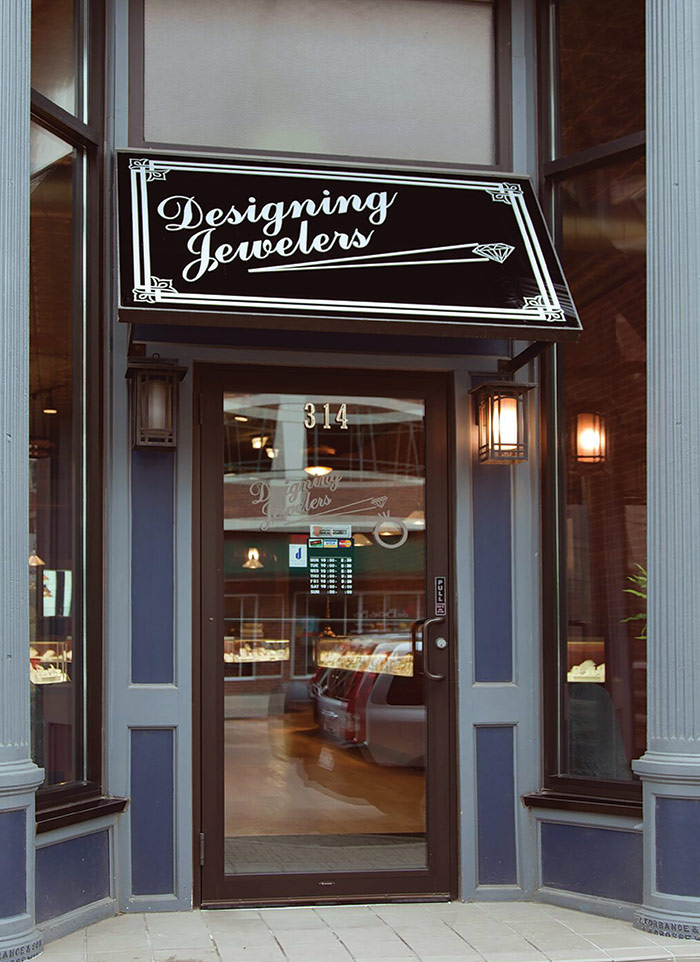 1. They showed an early interest. Both Al and Brenda came to the jewelry business as young teens, either by working for the friends of their parents or parents of their friends. Al Louis remembers his first jewelry store job at age 12 as a jack of all trades for Stein’s Jewelers in Milwaukee: “They did everything. They had a music shop, and then there was the fine jewelry department,” he says.

2. They take advice. Designing Jewelers opened its entire philosophy, its marketing, even its logo, to a social media company last year. Because of the custom connotation of the store’s name, “50 percent of people think that’s all we do,” Louis says. “But if you walk in and want an engagement ring today, there are a hundred you can buy.”

3. They’re community-minded. Al Louis began a tradition of creating and donating a gold Oktoberfest ring for two local luminaries, people who have contributed to the community extensively, 21 years ago. Be careful what you promise, he warns: When the price of gold skyrocketed, so did his cost. Still, Designing Jewelers has supplied pieces for the city’s Oktoberfest and Riverfest, and even, on occasion, for Miss Wisconsin.

4. They’re discreet. Brenda and Al Louis were in relationships when Brenda joined Designing Jewelers. Four years later, circumstances had changed. Al asked her to a movie. “I said I guessed I would go to the movie with him, but only if we could go to a movie out of town,” she recalls, laughing. “That made me feel real good about myself,” her husband jokes.

5. They mix old and new media. Although Designing Jewelers is on high-profile social media, Al Louis also trades banter once a week with the hosts of the lighthearted local “Lead Balloon Show” on AM radio. Its longrunning holiday special is broadcast right in the store, where the local rabbi comes in to sing Hannukah songs and other performers deliver their own Christmas tunes. 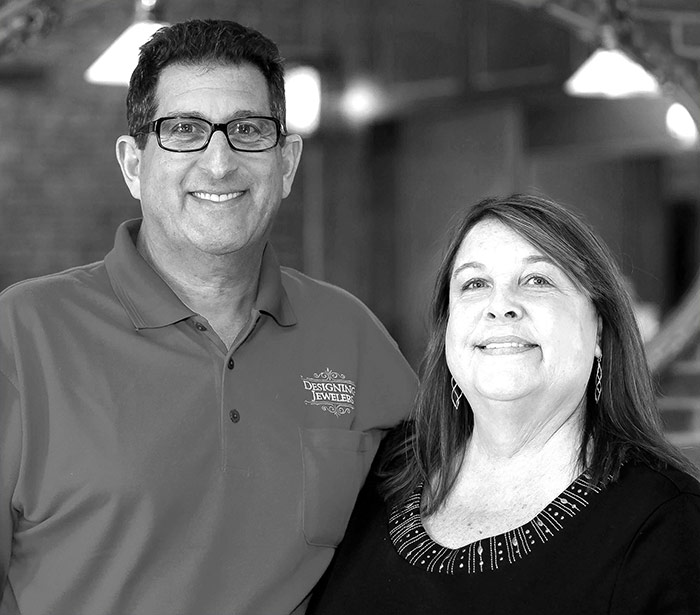 1. You hired consultants to completely overhaul your store’s marketing, Al. Is there any advice from them you didn’t take? When the business cards came back for Brenda and me, they had underneath my name, “owner.” I had a really hard time with that. After a month I threw the cards away. I had new ones made without it. I’m not “the owner.” I’m Al Louis. I come to work every day, just like everybody else.

2. Brenda, why do you say Internet shopping can help your business? I think online shopping has evened the playing field for customers. No matter where you live, people have that advantage now to look at things online, and pretty much we can create anything they’re thinking of. They see something, they can bring it in to us — we can tweak it and customize it for them.

3. Al, you say you chased a single piece of furniture — an ornate, curved display cabinet — for your store for 15 years. Why? I probably paid five to six times what it was worth. But to me it fit. It fit the jewelry. It fit the store. As soon as we cleaned it up and filled it, it increased our sales of estate jewelry by 100 percent. Unbelievable. I cannot keep an antique filigree engagement ring in there. They go as fast as we put them in.

4. Why do you recommend joining LinkedIn, Al? It gives you people they suggest you contact, to try to link in within your network. All I picked were local or regional people I knew in business but who did not know me yet. It was both men and women. And I can tell you that, instantly, it increased sales by 25 percent.

5. You carry a broad inventory. Why did you name your store Designing Jewelers, which marketed you immediately for that niche? My advertising person for the radio market told me, you can’t be everything to everybody. So which rung on the ladder do you want to tackle first? And then you can move up the rungs. Design was always in my blood. I could call it Al’s Jewelry Shop, but what would that say? 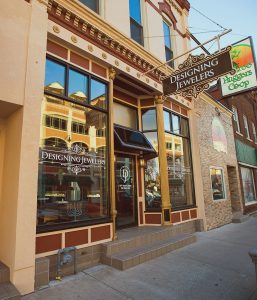 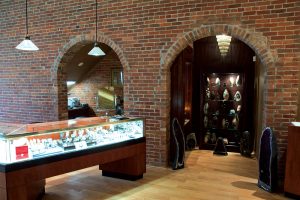 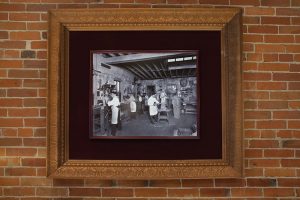 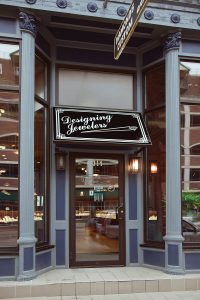 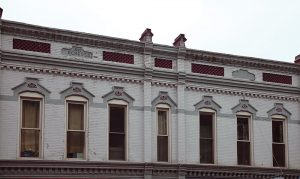 Very Peri: What Pantone’s New Color for 2022 Means for Jewelry