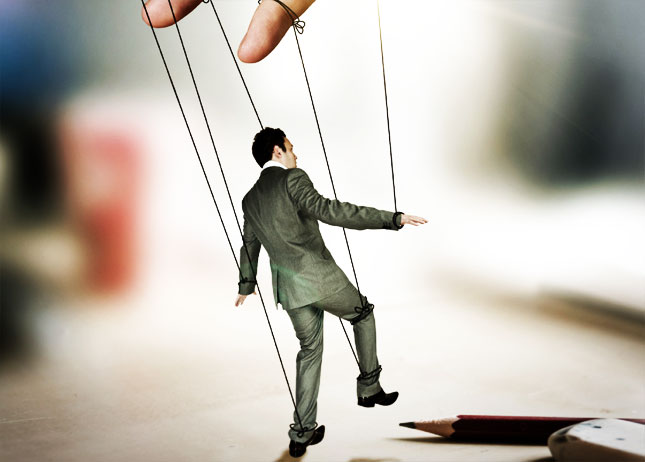 Who really pulls the strings of your business?

Published in the January 2013 issue

Iwas very interested by the recent article on instoremag.com about the jeweler who decided to close his store in protest at President Obama’s re-election.

For those who missed it, a store owner was so incensed by Obama winning the presidency again that he closed his store for a day, complaining that his business would be ruined by another four years of a Democratic presidency. Underneath the article were a variety of comments from people both supporting his view and disagreeing with it. (Check it out here: tinyurl.com/ct7wg5o.)

Now I don’t want to debate the pros and cons of who is in charge of the country. What I do want to discuss, however, is the extent to which people feel others control their lives and their business. In the case of this gentleman, the feeling is obviously that, regardless of what he does, other factors will exert a greater control on his financial wellbeing than he can.

The strange situation is that we have many clients who have prospered over the last four years, and if you were to ask most of them what impact the government had on their financial well-being during this time, I think most would answer little or none.

So how can different people, often in the same market, sometimes within a few miles of each other, get vastly different results? I am reminded of the story of two brothers who grew up in a family where the mother was an alcoholic and the father an abusive criminal who spent years in prison. One son became a hardened criminal while the other became a successful company president. When asked why they chose to lead their lives the way they had both replied with exactly the same answer: “With parents like mine, what else could I have become?”

It shows that perception is the only reality that matters. Two people can look at the same situation and see different results. Who is right? The fact is, both are, because it comes back to the fact that life is a self-fulfilling prophecy. Whatever you believe will come to pass. If you feel the government is to blame, then it will be. If you feel you are in control of your circumstances, then you will be. When it comes to the success of your business, what you believe is what you will get.

We can’t know what this jeweler’s real intentions were. We can say that at least he took action! Unfortunately it’s not action that is likely to have a positive impact on his business. The election result won’t change, nor are his actions likely to bring a stream of new customers. Sadly, if he believes his store is controlled by external factors beyond his control, then he is unlikely to take the steps necessary to rectify the situation, because he believes it will be futile.

When you feel you’ve lost control of your destiny, it is a sad situation indeed.