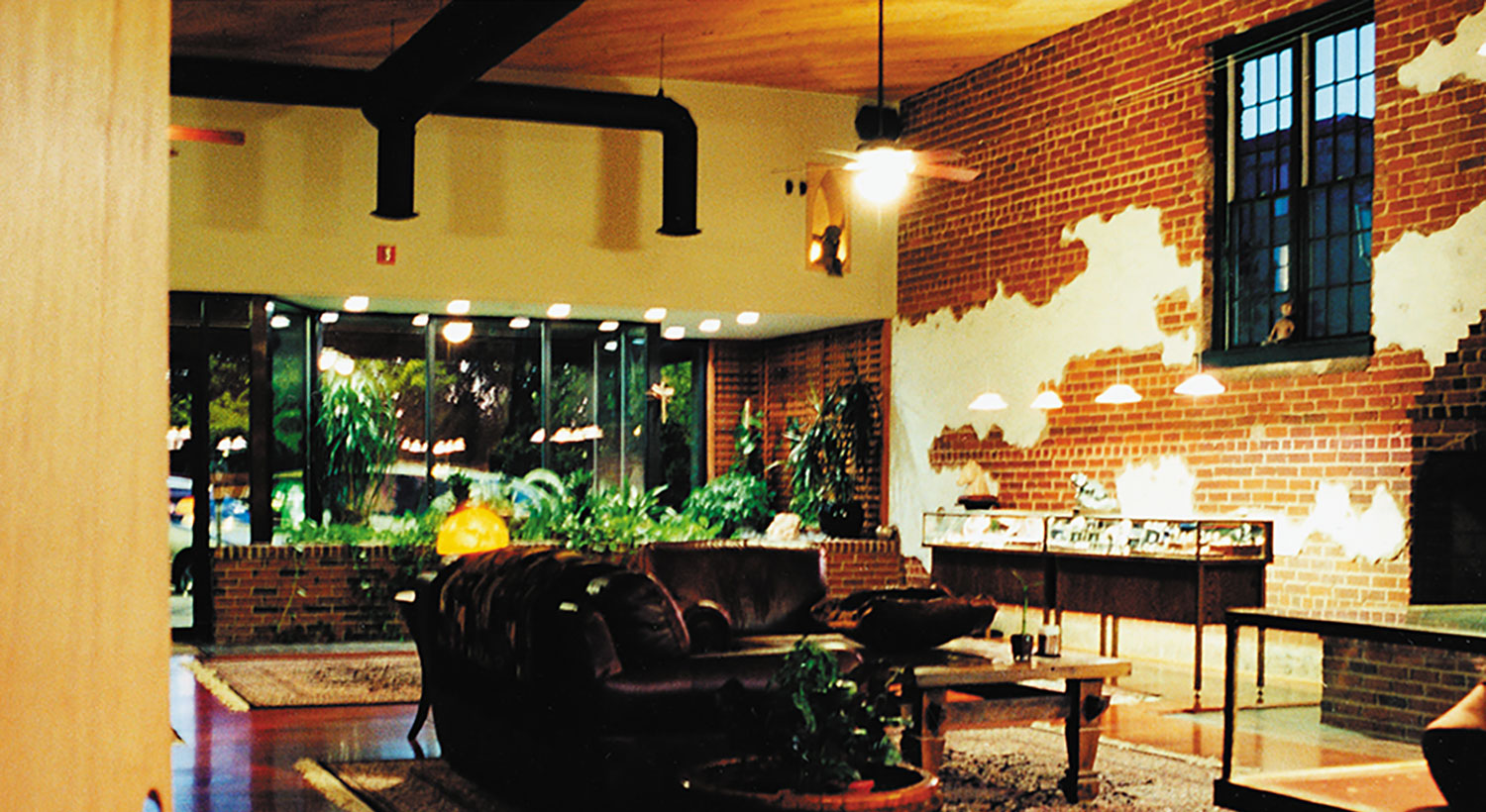 GEORGIA GEMOLOGIST Brett Weiler considers his Cool Store to be a temple, and with plaster clouds floating dreamily across the walls, an indoor garden at the windows, and sunshine flooding in from a previously hidden sunlight, it owes a lot to Mother Nature – but watch out for the vortex inside the front door!

How long have you been at this address, and how did you find out about it?

My first store was three doors down. I had been looking for a building to buy, so that I could freeze my “rent” as well as have a bigger role in controlling my destiny. I had been bugging my neighbor to sell it to me, and was able to purchase it 60 days before my five year lease ran out. The building is circa 1910. It had been a violin store for 30 years when I bought it. Prior to that it was a shoe store, and “Bakery” was painted underneath the old awning I pulled off the facade. I don’t know more than that. 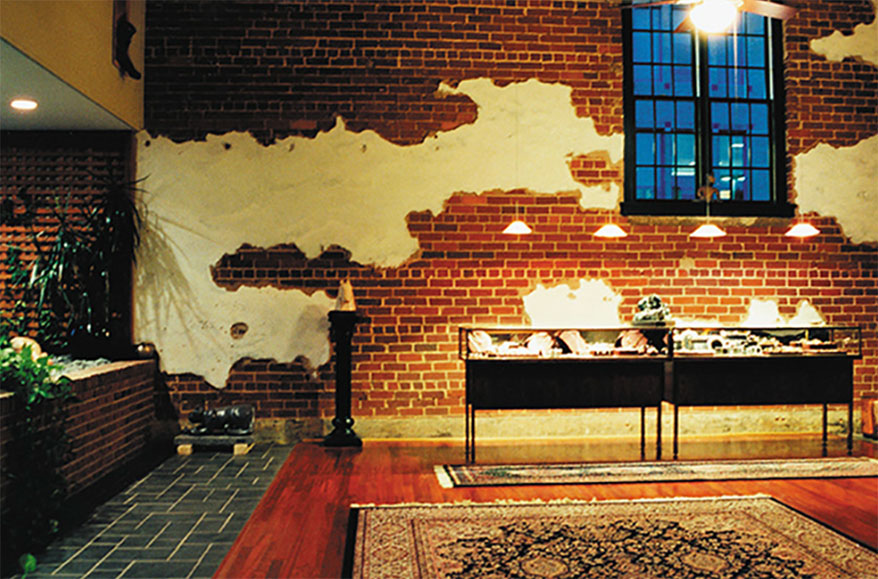 What’s the most unique feature of the store?

The fireplace. The first store I ever worked in was in an old house in Gainesville, Florida, where there was a fireplace. I remember it not only for warmth in the winter, but the wonderfully smoky scent that would waft down the chimney and into the room in the summer – just as it is doing right now. It’s like organic incense. The windows, which were plastered over and the skylight, which was boarded up, offer me wonderful natural daylight. The skylight’s like a seasonal sundial. The plaster I left on the wall is subtly painted like clouds, and the front windows are very deep, so I built an indoor garden to serve a buffer to the street. The store kind of has this inside/outside dynamic going on.

How closely did you work with the designer?

I worked quite closely with the designer, as I am he. I gutted the store entirely by myself. I’m solely responsible for the design, which was never committed to paper, but done completely out of my mind. I just went with my gut. As my wife says, I let the building dictate what it wanted to be. I also served as the general contractor. I installed the slate around the fireplace and at the front, and worked at night to shoot a ply-wood sub-floor to the concrete, so that the Brazilian cherry hardwood floors could be nailed down. I would hang a sign in my old store saying “I’m at 117, down the street,” and customers would come and get me. I’d go back to my existing store and do business, so I was able to stay “open” while I built out the new store… and this is the part that amazes me: I was moved in 45 days.

How much did it cost to adapt the building? Was it worth it?

$70,000, $16,000 of which went unseen into a new roof to protect my new space. This also includes new furnishings, including the leather sofa and chair, tables and mirrors. Yes, it was worth every penny. It’s difficult to put a price on my sweat equity, but it was well worth the investment, as well.

How do people generally react to the store?

People almost always make a comment. They’re pleasantly taken back with the warm atmosphere. In fact, they’re not always sure that it’s even a store. I tell them I’ve worked in stuffy jewelry stores and I’m attempting to dispel that image.

What do you like most and least about the store?

Most – that it is mine. It is my temple. This building and I are attached at the hip; I can come here every day for the rest of my life. Least – there is some sort of vortex at my front door, which causes leaves and dirt to collect, but really that is about it.