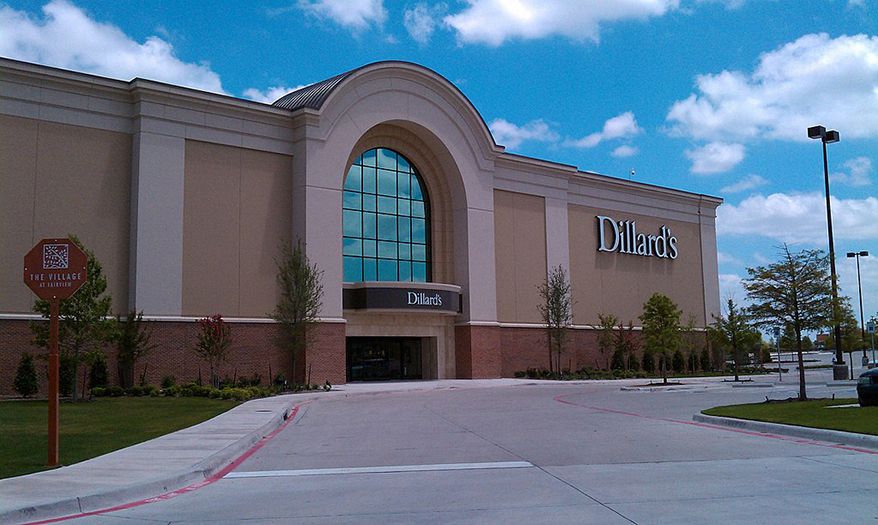 Dillard’s (Little Rock, AR) reported glistening numbers for its third quarter, including an eye-popping 518 percent jump in profits from the year prior.

In its earnings announcement on Thursday, the retailer reported $197.3 million in net income compared to $31.9 million for the third quarter of 2020. Total retail sales increased by 48 percent compared to the same period a year ago.

While the profit surge was aided by a $32.4 million tax benefit from the CARES Act, the company said that, compared to the third quarter of 2019, sales of juniors’ and children’s apparel and men’s apparel and accessories “significantly outperformed the other categories.”

Department stores, Barron’s writes, have seen a resurgence in 2021, as indicated by the stock growth of Macy’s (176%), Kohl’s (53%) and Nordstrom (15%). Holiday department store sales are expected to grow by nearly 15 percent compared to the previous year, according to a Mastercard forecast.

“In a declining business, you know, department stores are back to some degree,” Steve Sadove, senior advisor for Mastercard and former Saks CEO, told the outlet. “They’ve used the opportunity in the pandemic to in some ways try to reinvent themselves.”