FOR THE FIRST TIME in four years I decided to skip the costly out-of-pocket trip to the Baselworld watch and jewelry fair in Basel, Switzerland, instead using those funds to make a down payment on that limited-edition Rolls Royce I’ve had my eye on. But the fact I didn’t go doesn’t mean I didn’t want to go. On the contrary, as I clicked through the Instagram stories of my favorite watch brands and my journalist colleagues, I most certainly had that “FOMO” feeling, especially when I saw the sausages (because c’mon, there ain’t no sausage like a Baselworld sausage). So today, in spite of my absence, I’m going to bring you the best of Basel by highlighting five watches that I wish I’d been there to see.

(Note: If you’re looking to read about Rolex, Patek Philippe or Tudor in this article, you’ll be disappointed. Plenty of writers have written about the releases from those brands already, so let your fingers do the Googling if that’s what you came here to see.)

Adding to their already successful and cost-conscious line of perpetual calendars, this year, Swiss watch brand Frederique Constant presented a limited-edition tourbillon version starting under $30,000 (which is pretty remarkable for a Swiss-made timepiece with complications such as these). The 42mm Tourbillon watch – which is available in both stainless steel and rose gold versions – contains the FC-975 manufacture caliber movement capable of providing a 38-hour power reserve while running at 4 Hertz with its balance wheel beating 28,800 times per hour. (And If all of that makes your head hurt, imagine what I’m feeling writing about it.) What’s special about the perpetual calendar aspect, for those who may not be familiar with the term, is that the watch not only recognizes the number of days in each month, but also displays the year and will automatically adjust itself for the leap year. A perpetual calendar will understand which months have 30 and 31 days, as well as know that there are 28 days in February unless it’s a leap year, in which case it will jump to the 29th. In simpler terms, this watch shouldn’t require any manual correction on the date for roughly 400 years if wound regularly, so if your customers are looking for something to pass down for several generations, this might just be the watch.

If you’re unfamiliar with German watch brand Sinn, there’s no better time than now to familiarize yourself with it. Founded in 1961 by pilot Helmut Sinn, the brand created the first “authorized” mechanical chronograph to be worn in space back in 1985. The reason I’ve used quotations marks there is because an unauthorized mechanical Seiko went to space about 12 years prior.

With so much coming out of Baselworld that left many of us kind of “meh,” I found Sinn’s releases to be refreshingly affordable and wearable — not to mention attractive. I was particularly smitten with the anniversary edition of their Frankfurt Financial District watch – the 6012 – which the company released in rose gold, limited to 50 pieces. The 41.5mm diameter rose and black watch contains the self-winding Sinn SZ06 movement with a 60-second scale for the stopwatch minute, moon phase, full calendar display, and sapphire crystal and case back.

This is the second tourbillon watch on this list, but it is vastly different from the first perpetual calendar tourbillon written about. While the mechanical concept of Cyrus’ Klepcys Vertical Tourbillon isn’t new – I first saw it in the flesh at the 2018 edition of Baselworld – the skeleton version of it is, and seemingly, it’s spectacular.

Master watchmaker Jean-François Mojon set out to create piece showcasing the innovative mechanism driving the watch. The tourbillon cage, placed in the middle of the dial, is set on a vertical axis at a 90-degree angle, optimizing precision. This exciting watch exists in a world too often filled with releases that contain little more than new dial, bezel or strap colors, and at a time when younger audiences are noticing the lack of creativity among the Swiss brands. 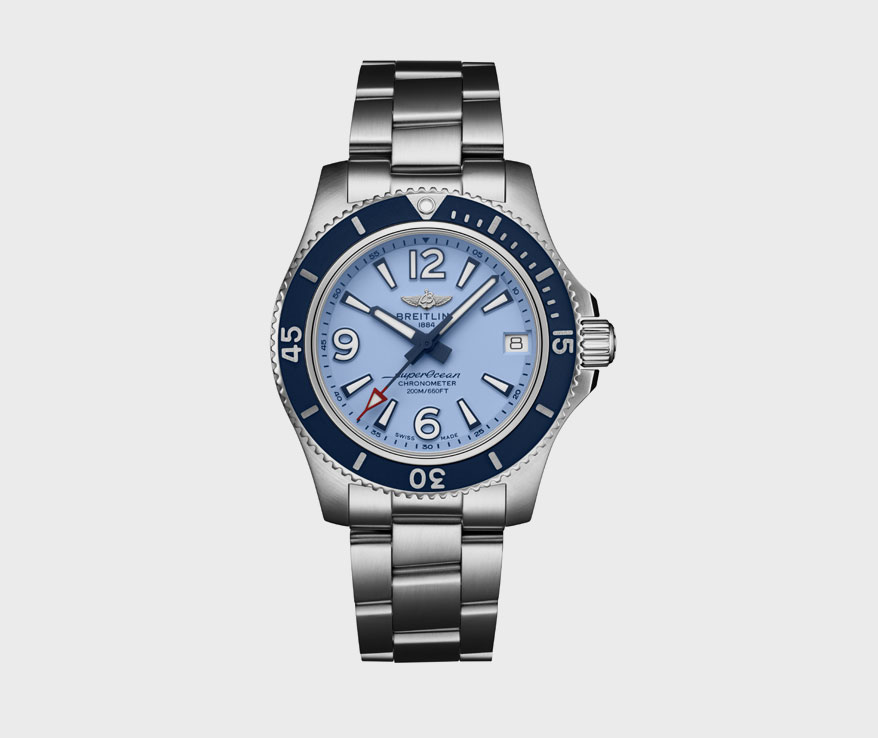 It isn’t often that we see a dive watch designed with women in mind. And I don’t mean when some brand has taken one of its popular dive watches, released it in pink and thrown a diamond bezel on it. I mean a dive watch that looks like a dive watch but maybe in a slightly smaller size. This year, Breitling managed to accomplish that feat with an addition to its Superocean family: the Superocean 36.

Created not just with divers in mind but also those who live an active lifestyle on both water and land, the Superocean 36 is a 36mm sport watch containing a ratcheted unidirectional bezel and available with either a light blue (my pick) or white dial with matching Diver Pro II rubber strap or a stainless-steel bracelet. Oh, and it’s water resistant to 200 meters, so clearly diving is still an option for your sea-dweller customers.

Aside from the “Big Three” mentioned at the beginning of this article, the brand I saw highlighted most coming out of the 2019 edition of Baselworld was Oris. And while I have a personal connection to the brand (Oris and I joined forces on a children’s book that was released in Basel last year), its claim to fame this year has little to do with any Earth-moving releases. What Oris has is something most brands should envy: approachability. The company is hands-on – literally – which is almost unheard of in today’s luxury society. I’ve never known Oris’ North American CEO, V.J. Geronimo, to not reply to a message I’ve sent within an hour or so, and they are one of the best brands in terms of working with collectors’ groups such RedBar and Carolina Watch Club while still channeling their buyers through local watch retailers. So it’s nice to see them getting their due, and with releases like this year’s Diver’s Sixty-Five Bi-colour, it’s easy to understand why.

The Oris Diver’s Sixty-Five Bi-colour has a 40mm stainless steel case with bronze inlay ring and a stainless and bronze two-tone bracelet. The watch is equipped with the Oris 733 automatic movement, domed sapphire crystal and 38-hour power reserve, and it is water resistant to 100 meters.

If you are unfamiliar with any of the brands above, hopefully this list will shed a little light!

Jewelers’ Gross Sales Are Up, but What About Margins? It’s Time to Take a Closer Look At Bridal

Digital Corner: How to Succeed on Social Media