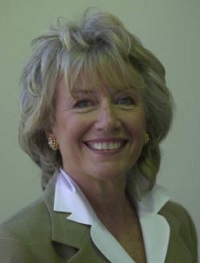 She was 76, according to a news release from Vanderbilt University. She was an alumna and emerita trustee of the university.

Bergeron founded Camilla Dietz Bergeron Ltd. in 1987 with her business partner, Gus Davis, building a niche company that deals in antique, period and estate jewelry. On the company’s website, she talked about the importance of exceeding her clients’ expectations: “I love to search for that one-of-a-kind piece — the pearl in the oyster. Chic isn’t some kind of formula; chic just is.”

Bergeron was a former executive board member and president of the American Society of Jewelry Historians, according to the release. She taught at an annual jewelry and gemstone conference on Long Island and lectured frequently for museums and other organizations on jewelry and other business topics, including at the Nashville Antique and Garden Show.

She also was a longtime Vanderbilt supporter whose contributions included the establishment of a scholarship for men’s basketball student athletes.

Oroarezzo Will Be Back in 2021

5 Ways Jewelry Retailers Can Keep Costs Down During the Pandemic