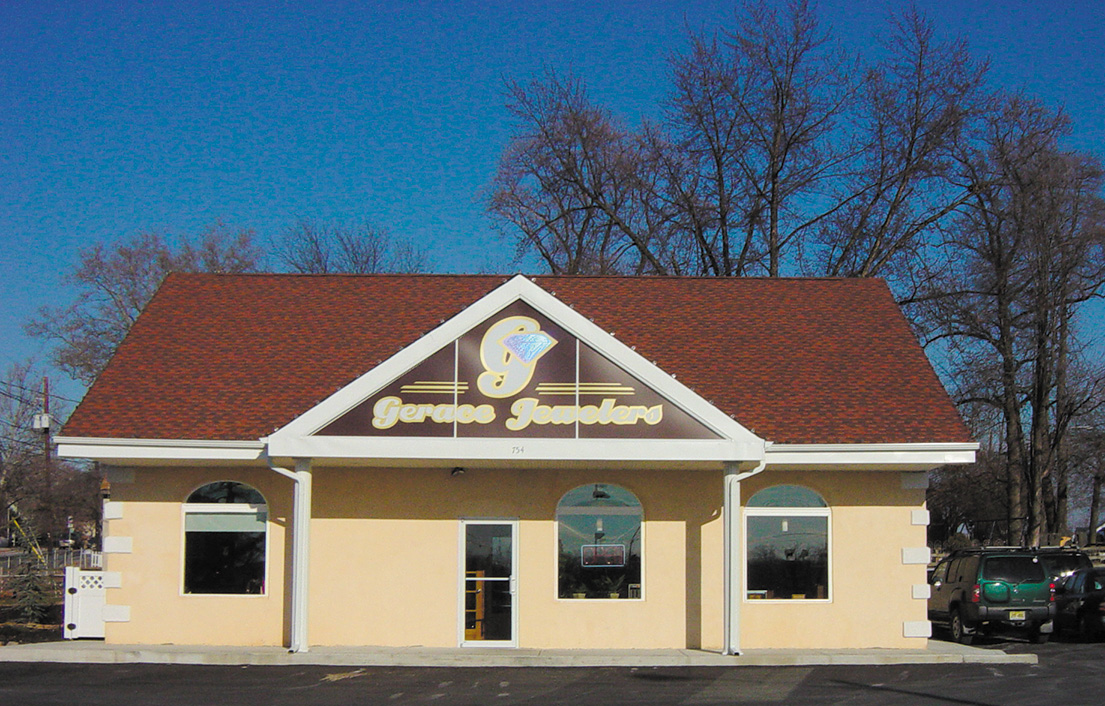 in search of Americaʼs most unique jewelry retail businesses

AN ABANDONED GASOLINE STATION. Hardly a promising location for a new jewelry store. But for Lou and Marie Gerace, the location — and the price — was too great to pass up. Fueled by the creative challenge, they managed to turn a town eyesore into a new landmark.

How long have you been at this location? How did you find it?

TWe have been here since October 2002. In January 2000, we decided to look for a property that we could own and convert it to a jewelry store. Although we passed what would eventually become our new store every day to and from work we never considered it because it was occupied. We even stopped there for gasoline and service on our cars. In the meantime other properties were considered but either rejected or the deals fell through. In January of 2001 the gas station closed and the building was eventually boarded up. And though we continued to pass it everyday, I wondered when the gas station would reopen. Then in August of 2001, while on my way to work I spied a realtor hanging up a “for sale” sign. I went directly to work and called to inquire about the property. By October, we had a deal.

What are the most unique features of your store?

Among the unique features is the doggie door, which allows our two dogs access to the back yard. Our safe is built into the stairway landing. Because of the intersecting roads on either side of our building we have driveways on each and this allows customers access and egress without having to cross traffic. We like the appearance of the stairway best because it is the most dramatic aspect of the showroom. We also have a very large kitchen on the second floor so meals can be relaxing. It is also a great place to meet with sale reps and view products.

Please describe the inside of your store.

The concept was Mediterranean. The building materials are tile on the floor with a high rounded ceiling and arched windows. There are windows on two sides of the showroom allowing light to fill the showroom. The stairway, showcases and trim are in oak and all of the colors are earth tones, which give a warm feeling to the showroom. The first floor also houses the shop area and two offices. One of the offices features a two-way mirror, from which the showroom can be observed.

Who did the design?

Stan Thompson of TNT Construction designed the exterior. He has designed many strip malls as well as other shopping and office venues. We sought his help because of his previous work and because he was a longtime customer. The trick was in using the existing building cinderblock substructure to house our jewelry store. In doing so we were able to save substantial time and money on town planning board meetings. We actually worked quite closely on the design of the store — often working together on design drawings and changes to accommodate our taste and ideas. My wife and I designed the interior. I designed the arched ceiling and windows as well as the showroom and shop layouts. My wife designed and chose the showroom floor tile, the wall design and the safe under the stairway.

How much did it cost?

The cost to remodel our building was $145,000. And we are certain that it was worth every penny.

How do people react to the store?

The reactions we get are generally the same. People are amazed of the transformation from a gas station to a jewelry store. They are particularly struck with the fact that they are looking at high-end jewelry in a spot when engine oil was once changed and flat tires repaired. There are many people who thank us for taking a town eyesore and turning it into a “landmark”.

Has business improved since you opened?

Location is everything, it turns out. Since opening here our business has increased by an average of 42 percent over the same months in the previous year. 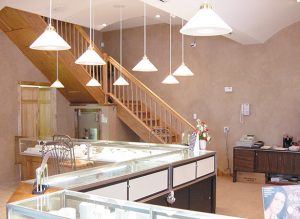 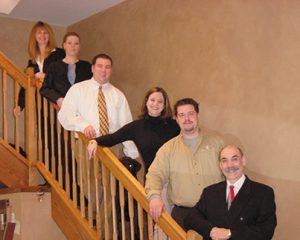 Related Topics: Gerace Jewelersjewelry stores in New Jersey
click to Comment(Comment)
Up Next