The problem with getting just about anything done in this world is that it invariably involves a certain level of discomfort. Our answer to this, at least in the West, is to convince ourselves to pursue our passions. Yet sooner or later, we’re invariably back to where we started: There’s tedious paperwork to be done, difficult conversations to be had, long hours away from our families to be endured … so we procrastinate. The answer, says Gregg Krech, in his book The Art of Taking Action, is to stop trying to control your emotions, which he likens to trying to push the water of a river upstream. This way of thinking, known as “arugamama” in Japan, insists you forget about waiting for inspiration, accept your uncomfortable feelings, and just do stuff. (And you probably never thought Nike was espousing a Buddhist worldview.)

Never let a forgotten phone torpedo your morning again, by developing a Leaving the House chant, advises Flyte Blog founder Rich Brooks. “For me it is ‘keys-wallet-cellphone!’ Makes it easier to not forget the important stuff,” he told Amex’s Open Forum for small business people.

Want to encourage innovation among your staff? Foster a team culture. That was the finding of a review of seven years of corporate survey data in Canada. The University of Toronto researchers found that individual performance bonuses and salary did not spur a rise in new ideas, services or products. However, group or team bonuses, profit-sharing plans and strong employee benefits, did relate to higher creativity and better problem-solving at work. The researchers concluded this was because group bonuses encourage the kind of team-based brainstorming that leads to meaningful new ideas. “Also, people tend to innovate more when they feel secure,” the researchers wrote in a study in the Human Resource Management Journal.

Stop trying to be perfect. Not only is it tiring, but it makes you less likeable. That was the finding of studies carried out by prominent psychologist Elliot Aronson and highlighted in a recent post the Buffer blog (instr.us/415). It also explains why embarrassing initiation rituals, such as being asked to sing a song, are effective. Note that this refers to the occasional faux pas; screwing up is not a good business model.

Get Human with Your Database

Email bulletins are a great tool, but they can also make you a little lazy about reaching out and contacting customers personally. To maintain those human connections, tech writer Chris Brogan suggests sifting through your email database and creating a separate list of all the people who haven’t been contacted outside of “mechanized” means in the last two years. Then make a quick list of 10 people to contact today. “if you do more than 10, you won’t do anything personal. If you don’t do it today, you probably won’t do it. Give it a try,” he writes on his blog. 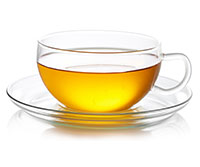 Your Tuesdays are slow? Try a spot of tea.

It’s no mystery why so many owners take Tuesday off — across retail it’s nearly always the slowest day of the week, even more so in winter. To combat that, TistiK, a jeweler in Cambridge, MA, started doing “Tuesday Tea at TistiK.” “We offer hot coffee, tea and snacks to our customers on Tuesdays. It’s another way to show the Mexican hospitality and warmth during the cold bitter months and turn an usually slow day into a fun one,” says owner Perla Brito Cuevas, who hails from the silversmithing center of Taxco.

Want your thank-you gifts to stand out? A little extra thought helps, says Leo Fried, owner of Blue Heron Jewelry in Poulsbo, WA, which expresses its gratitude to important clients with personal touches like a Paris-themed gift to a francophile or a gift certificate to the local ice-cream shop for a family. It’s much more effective than the “same old card over and over again,” Fried says.

What’s the difference between a salesperson who makes $40,000 a year and one who makes $8 million a year? According to the Shark Tank’s Barbara Corcoran, it’s mental toughness. Describing her own success as a real estate broker to Business Insider’s Henry Blodget, she said: “I knew, more than any other broker out there, I was great at taking rejection. The essence of any sales position is not how well you sell or talk, it’s how well you can take a hit and how long you will feel sorry for yourself,” she said. “My top sales people were earning $7-8 million a year when the average was $40,000. It didn’t come down to contacts, it didn’t come down to how hard they worked, it came down to having something to prove and getting back up again.”

For all its talk of customer service, surveys have shown Amazon’s biggest edge is still price. This Mother’s Day, take a tip from JF Kruse Jewelers in Saint Cloud, MN, and neutralize the online giant’s competitive advantage by offering to pay the sales tax on any gift purchase for Mom.

Who says you need the designer to do a successful trunk show? Cellini Design Jewelers, a small independent in Orange, CT, highlights its fashion credentials while also making regular human contact with customers and maintaining good relations with vendors by holding monthly trunk shows led by a manufacturer’s rep. “We try to showcase a designer monthly with a rep to come in and do trunk shows where we offer gifts, giveaways and education about the product,” explains co-owner Jeannie DeSimone Bengivengo.