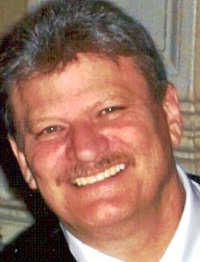 THROUGHOUT 46 YEARS in business, Buddy Bear never had a sale. He just didn’t like the idea of discounting.

But he knew when he decided to retire this year, he’d have to have his very first, a retirement sale that wrapped up June 29 in his Merion, PA, store, Buddy Bear Jewelers.

One practical reason he’s calling it quits now, at age 74, is because the building was being sold and he didn’t want to commit to a long-term lease.

Another reason is that tastes have changed, and he has had a tough time selling his statement designer pieces to millennials.

“Millennials who do come in are not customers who understand me,” he says. “I’m a dinosaur. They don’t want my one of a kind, large pieces.”

Bear’s given name was Harry Bear, which hadn’t gone over well in elementary school. Instead, he began using his nickname, Buddy. He had initially planned to name his store, Harry Alan Jewelers, a combination of his first and middle name because he thought it sounded more sophisticated for a jewelry store. But after his family and friends protested that idea, he relented and stuck with Buddy Bear Jewelers.

Bear, a longtime member of INSTORE’s Brain Squad, specialized in designing what he calls “transformers,” jewelry that can be taken apart and combined with other pieces to create an entirely different piece. Bar pins can come apart to become earrings, jackets, or pendants for pearl necklaces. Bracelets can become rings. He also spent years engineering and perfecting hinges that allowed pendants to lie beautifully on the neck.

“Up until three years ago I did my own manufacturing,” he says. “I cut my teeth on making one-of-a-kind pieces. You have to be creative. I didn’t copy stuff. I made my own models. I didn’t want to be influenced.”

Now millennials tell him they want to design their engagement rings themselves, but what that means, Bear says, is simply a CAD/CAM project. “I didn’t want to have to reinvest and learn that. And the mark-up in diamonds is so darn little now that you make your money on the mounting. All I can do is show them 35 styles of halos from a catalog. But it becomes too much work for so very little money.”

Being a one-man show got old, too, and he had fought some health issues in recent years.

“Had they not sold the building, I was struggling any way and I was killing myself,” he says.

“It used to take me two and a half hours to set up and one and an hour and a half to break down every day. I’d get here at 6:30 or 7 in the morning just to get ready to open at 10. In the last three or four years, I could sit here for a week and only see the mailman.”

Before decided to retire, he had cut back his work days to four.

A low point in his career was the 1999 robbery that wiped out half a million dollars in inventory, including customer repairs. “They caught the guys and I went through the trial he says.

Still, he says, despite the challenges and tribulations, he has loved his long tenure in the business, which he first learned from his father-in-law in Miami. He’s particularly proud of the jewelry industry design awards he piled up throughout the 1990s, including honors from the AGTA’s Spectrum Awards, the American Pearl Design Competition and the Pennsylvania Jewelers Association.

“I got a great deal of satisfaction out of winning awards within the industry,” he says. “It meant that fellow jewelers have respect for me. I’ve made a lot of good friends.” He’d also been a member of the American Gem Society for 22 years and is an alumni of the GIA.

Another highlight was working with customers to design special pieces he knew they would cherish as heirlooms.

When it came to the retirement sale, he knew he couldn’t go it alone. He was referred to sale-event expert Chuck Frey of Charles Frey & Company, who came to the store to meet Bear and prepare for the sale. It turned out to be the perfect fit for Bear. “We had a connection from the beginning and it’s the best thing I ever did,” he says. “The supervisor they sent me was like sending me a brother. Joseph White has been in the industry for decades. So charming. So many sales he made I never could have.”

“It doesn’t matter what decision you make,” he says. “The most important thing is to make a decision. Then put all of your energy behind it. Too many people make a decision and then are unable to put the work behind it to make that succeed.”

Related Topics: Featuredjewelry stores in Pennsylvaniastore closings
click to Comment(Comment)
Up Next

Take Leave of the 21st Century With an Amish Hour