Her Hearts On Fire collection debuted in 2019.

Keeping an eye on trends and influencers in the fashion sphere paid off for Harvey and Maddy Rovinsky, owners of Bernie Robbins Jewelers, when they locked in the first public appearance in a jewelry store by high-profile wedding dress designer Hayley Paige, who partnered with Hearts On Fire last year for a bridal jewelry collection.

In fact, the event was also an engagement party for Paige at their Villanova store.

“In trying to bring it to our area early, we’ve had a lot of fun with it,” Maddy says. “And we’ve really been able to capture some of the younger people who are looking at the trends, including first-time engagement ring shoppers.”

Once Maddy began researching the new jewelry collection, she was even more excited about the prospect of hosting Hayley Paige, who starred in a TLC show called Hayley Ever After, which debuted in 2017. “I went on her website and I was immediately taken in by her energy, her sweetness, and what I learned about her brand and why it was created,” she says.

Once the event idea began to take shape, Bernie Robbins partnered with Modern Luxury Weddings Philadelphia, which extended their social-media reach with young adults and wrote an article based on an interview with Paige. “We have a great synergy with them,” says Cristen Cipa, Bernie Robbins director of marketing. “When we have an idea, they have resources they are willing to share and they help us carry out all of the details.”

One detail that Maddy had to pin down was location, since Bernie Robbins has five stores in New Jersey and Pennsylvania. “When I mentioned it to my sales associates, my team in Villanova jumped all over it,” Maddy says. In addition, at least two bridal salons in that area carry Hayley Paige wedding and bridesmaids collections.

The event was open first to VIPs and then later to the public and drew about 150 people in all. Models wore Hayley Paige bridal fashions from Van Cleve Bridal Boutique. A flower wall made the perfect photo backdrop. A pastry chef created a cake with the look of a dress Paige designed. An electric violin player provided the music. Maddy’s granddaughters modeled flower-girl dresses. One guest was planning to be married a month later, wearing a Hayley Paige gown, so Paige brought a signed sketch of her dress for her.

While the collection is focused on bridal, self-purchase options also exist. They sold several rings immediately and more were added to wish lists. The next day, several wish list rings were purchased, too. Paige’s presence influenced both the level of interest and the sales. Most of the self-purchasers engaged in conversation with Paige prior to making their purchases.

“It makes you feel good to wear something from someone you admire,” Maddy says.

Maddy, as well as her clients, felt more connected to each piece, as Paige explained the names of the rings and the thought and inspiration behind them. And women anticipating an engagement left with a warm feeling about the store as well as the designer, another valuable result.

Although events may be out of the question in certain parts of the country right now, partnering with a national or local celebrity or an online influencer can add cache to your brand. If a jewelry designer can’t attend an in-person trunk show due to COVID-19, bring the trunk show online. Meeting the designer, even virtually, and hearing the stories behind the jewelry can help establish a connection and lead to sales. 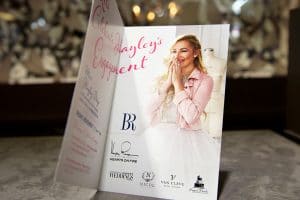 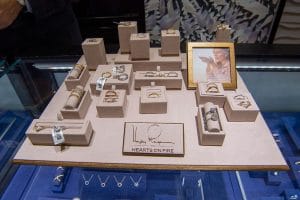 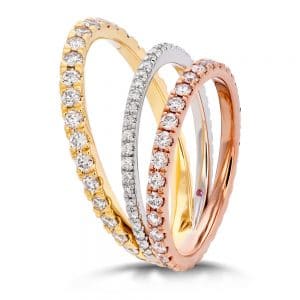 Retail Jeweler’s New Collection Draws on the Law of Attraction