KANSAS CITY, MO — Helzberg Diamonds is rolling out a new product for people who want to get engaged, but aren’t sure they can pick out a ring their partner will like. 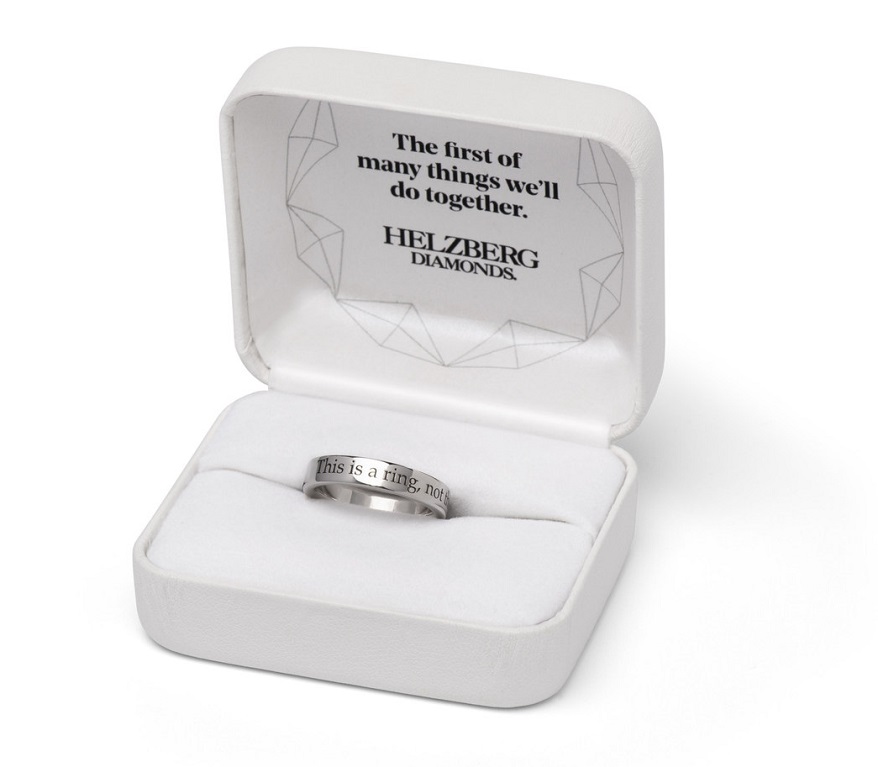 “He wants to be the hero with the perfect ring that she’ll love for a lifetime and he has no worse fear than thinking he may disappoint her by picking the wrong one,” said Beryl Raff, chairwoman and CEO of Helzberg Diamonds. “The ‘Will You?’ Ring is a ring before ‘the’ ring. A ring he can confidently propose with knowing they’ll be able to shop together for the ring they’ll both love.”

According to a recent survey of young adults, nearly three-quarters of men (73 percent) and two-thirds of women (63 percent) in relationships think marriage proposals should be a surprise, Helzberg said in a press release. However, both men and women are stressed when it comes to selecting the engagement ring – 62 percent of men in relationships say the hardest part of a proposal would be picking out the ring, and half of women say the hardest part would be letting him know what style of ring they want.

The “Will You?” Ring offers a solution without sacrificing the moment, especially because, according to the same survey, nearly half of women in relationships say the engagement ring doesn’t need to be present at the proposal. The Engagement Attitudes Survey was conducted in late May on behalf of Helzberg.

“The old rules of engagement simply don’t resonate with many of today’s couples, who are seeking ways to create new traditions that celebrate their love and bring them closer together,” Raff said. “The ‘Will You?’ Ring helps merge the beloved traditions of a romantic surprise proposal with a desire for joint decision-making.”

The “Will You?” Ring is available in a traditional presentation box that opens to reveal the words, “The first of many things we’ll do together.” Nestled inside is a band with the inscription, “This is a ring, not the ring.” There is also a small pamphlet that says, “I love you more than I trust myself to pick something you’re going to wear on your hand. Every day. For eternity.” Inside, it shares suggestions for presenting the ring, such as, “You’re the one. But this ring isn’t. Let’s pick one out together.”

The “Will You?” Ring is now available for $50 at www.Helzberg.com/WillYouRing and in Helzberg stores across the country. Couples who buy The “Will You?” Ring and return to Helzberg Diamonds to choose their engagement ring together will receive a $200 discount off rings priced between $999-$1,998, and a $400 discount off rings priced at more than $1,999.

Related Topics: bridal jewelryHelzberg
click to Comment(Comment)
Up Next

Suspected Shooter Charged in ‘Murder for Hire’ of Jeweler