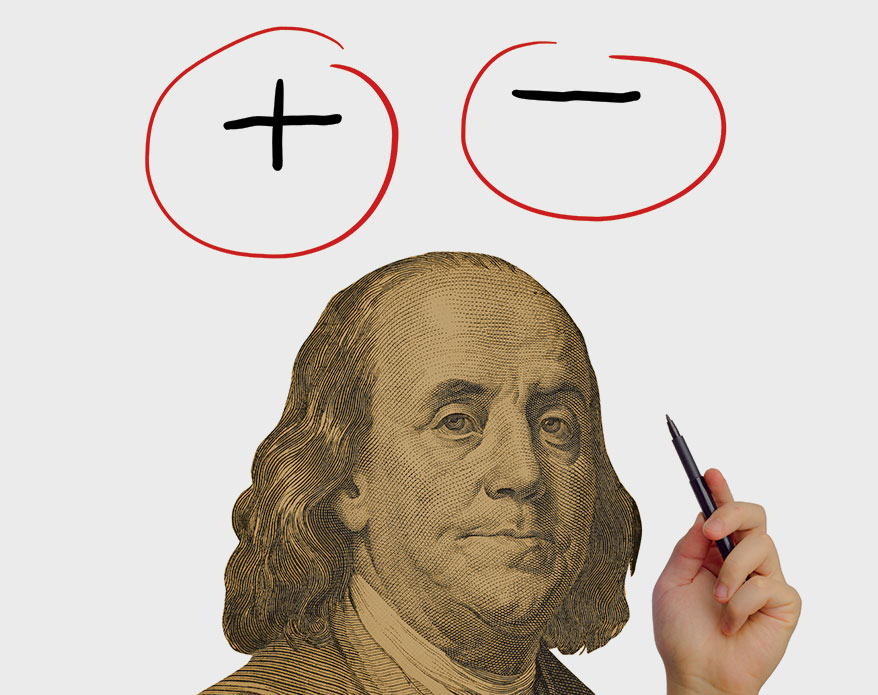 WHY IT IS TRUE: Benjamin Franklin used a similar decision-making technique. Taking a sheet of paper, he would draw a vertical line down the center of the page and a horizontal line across the top of the page. Next he would put a plus sign on the left and the minus sign on the right. He would then write down the facts that were favorable to his decision, as well as those that were unfavorable. Adding them up, he was able to place the project in focus and thus make his decision.

PLAN OF ACTION:You might say something like this to the customer: “We spent some excellent time discussing many aspects of this necklace. Let me take a sheet of paper and draw a line down the center. List everything on the left side that represents what you really like about the necklace, and on the right side list any concerns you might have.”

Notice I didn’t say things you like versus the things you don’t like. The word “concern” is much softer and will enable the customer to focus more effectively on the positive aspects of the necklace.

As they write down all the favorable aspects, be sure to call attention to some of the aspects that have been acknowledged as favorable as you were discussing the necklace.
And you might say something like, “That’s a pretty good list, don’t you agree? Now let me ask you about some of your concerns.” Most of the time, you won’t even get to this point because the customer is able to see in writing the features and benefits of this item.

Why Ignoring Young Customers Could Come Back to Haunt You

Why Flip Charts Are Superior to Whiteboards

David Richardson is a certified professional speaker and a consultant to retail jewelers and manufacturers worldwide helping them grow their diamond bridal engagement business.