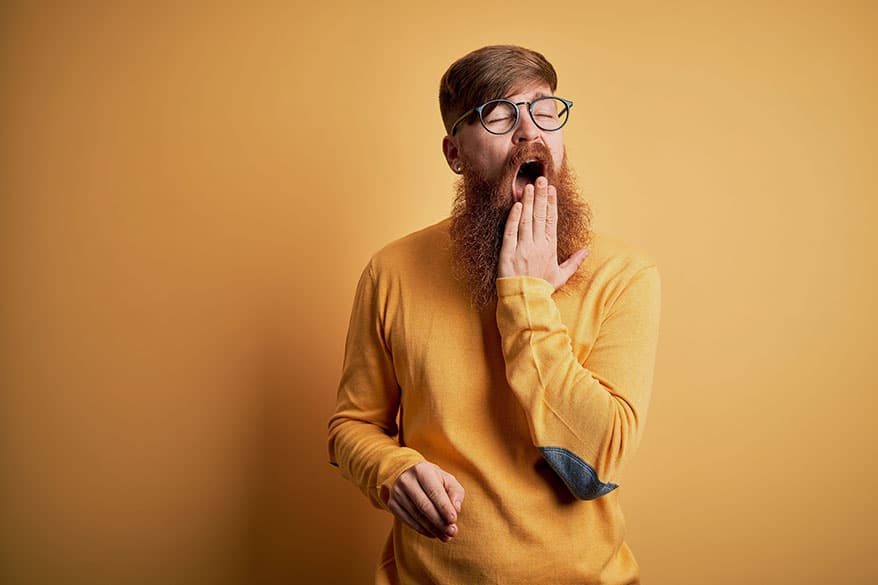 Our sales of wedding bands to men are rather perfunctory, partly because men just don’t seem that interested in jewelry. What can we do to breathe some life into them?

The “disengaged dude” represents a special opportunity, because he’s someone you can win over and become his trusted lifelong jeweler. Stress from the beginning that there are a lot more options than just a plain gold band, and it’s important he choose a ring that best fits his lifestyle. Does he swim regularly in chlorine pools, work with electricity, fix car engines in his spare time, go hunting often? All these activities should be taken into consideration when it comes to deciding on the type of metal. Do its properties include the ability to withstand harsh chemicals, be less conductive, strong, less reflective? With such questioning, not only do you get to know his lifestyle and put yourself in a position to make the best recommendation, but you get to know him better as well. With that, you have the basis for a lasting jeweler-client relationship.

I have two brothers and a father (none of them in the business) who just about killed me last Christmas, coming in at the last minute and wanting inventory at cost. How do you deal with this?

Retail expert Rick Segel recalls a similar problem when he ran his women’s specialty store. His answer was to stand up at a family gathering, explain the demands of his business and announce that he would extend a 20 percent discount to all family members. “I explained that I could make money at 20 percent off and be happy when they came in,” Segel says, adding that after making his little speech, even relatives he hadn’t seen for a while started showing up at his door. “The family members and friends who appreciated my openness now felt more comfortable shopping at my store. As for the friends or family members who didn’t think that 20 percent off was good enough — well, too bad. Anyone who feels that way doesn’t deserve even the 20 percent.”

Go full Columbo. Be polite and conversational, but also persistent. Ask for fine details and keep bombarding the person with open-ended questions that require them to expand on their story. Requests for fine-grain particulars and story embellishments ratchet up the person’s “cognitive load,” psychologist Edward Geiselman told the New York Times recently in a story about how interrogators work. Throw in an unexpected request — like illustrating events with a pencil and paper, or retelling the story starting at the end — and a liar’s account will begin to break down. Spending the mental processing power needed to keep a story straight, Geiselman says, “essentially puts them at the edge of their ability to function cognitively.” Because of this, people fabricating a story often show physical signs of thinking hard, such as blinking less and gesturing less, on top of being generally evasive and eager to change the topic. Things not to do: interpret nervousness as a sign of untruthfulness (it’s actually a bad indicator), verbalize any unfounded allegations, rush off to the police with your suspicions and no evidence — they’ll just turn you away.

What last-minute things can I do to sharpen my sales presentations for the holidays?

Sales and display consultant Larry Johnson recommends enriching your vocabulary. There are adjectives that carry more emotion than the usual ones salespeople tend to use, he says, listing words such as stunning, glowing, bold, brilliant, glistening, radiant, elegant, natural, fabulous, attention-grabbing, sparkle, romance, edgy, and timeless. “Upgrade your sales presentation to include these descriptive words that add impact. Start out today using one or two until you are more comfortable with adding more.”

What’s the best way to remove glitter from the carpet, the staff and their clothing?

There’s no way around it — this is a job that ends with you on your knees. To be sure, start with a vacuum cleaner, going over and over the area. But sooner or later, you’ll have to get up close with the floor. Members of the INSTORE Brain Squad suggest using a lint brush or roller, or getting imaginative with something that does a similar job, such as a balloon, sticky tape or masking tape wrapped around your hand (sticky side out, of course) or even a wet power towel. Then methodically pat the glitter with your hand.

How To React When Another Jeweler’s Employees Visit Your Store, Plus More of Your Questions Answered

How To Motivate Your Team During Hard Times, Renegotiating A Lease, And More Of Your Questions Answered