(PRESS RELEASE) VICENZA – The latest edition of VICENZAORO September 2018 – the Jewellery Boutique Show, the international gold and jewellery trade show organized by Italian Exhibition Group S.p.A. (IEG) in the Vicenza Exhibition Centre from 22nd to 26th September, closed in the name of optimism and with the enormous involvement of the city.

Positive signs are, in fact, arriving from the sector and VICENZAORO thus consolidates its position as the most prestigious and important European gold and jewellery showcase, and IEG strengthens its role as an operator able to systematize in the promotion and growth of a sector that exports 85% of its production.

The number of countries attending the Show continues to grow and has now reached 117, providing even further confirmation of VICENZAORO’s international profile with over 40% of foreign visitors. The overall visitor attendance remains in line with that of the September 2017 edition, with over 20,000, despite the period’s overlapping with Jewish festivities. There was a boom in the number of visitors from China, which rose by 73% (due to the lowering of import duties), a consistent +23% growth of those from the United States, while those from the United Arab Emirates remained stable, as did those from Europe.

1500 buyers were in attendance – including representatives from large-scale American department stores and leading Chinese and European chain stores – as well as over 140 journalists invited to Vicenza during the 5 days of the Show, all selected in collaboration with the Ministry of Economic Development, through ICE Agenzia (Italian Trade Agency), and in close coordination with Confindustria Federorafi.

Joining IEG President, Lorenzo Cagnoni, at the cutting of the ribbon ceremony were the Indian Ambassador to Italy, Mrs. Reenat Sandhu, the Minister for Regional Affairs and Autonomies, Senator Erika Stefani, the Vice Minister for Economic Development, the Honourable Dario Galli, the President of ICE, Michele Scannavini, the President of Confindustria Federorafi, Ivana Ciabatti and the Mayor of Vicenza Francesco Rucco.

VICENZAORO is not just business. There were also over 30 educational events open to exhibitors and visitors alike and numerous, well-attended chances for debate and further information on the sector: product innovation, consumer modalities and the market trends bound to leave a mark.

These were just some of the aspects under discussion on the first day of the Show at VISIO.NEXT: TRENDS, the first round table at VICENZAORO September, which gathered together international experts, including top influencers and leading jewellery companies and insiders.

A Show that was also greatly experienced through the digital channels with a +52% growth in the number of single users on the www.vicenzaoro.com website and considerable participation and content sharing among bloggers, influencers and Instagrammers.

The series of Digital Talks, organized in collaboration with Confcommercio Federpreziosi, also met with enormous success. 30-minute meetings and brainstorming on the hottest digital innovation topics specifically aimed at jewellery and watch retailers, which saw the involvement of sector experts, like, for example, representatives from Amazon.

The Gem Talks meetings, organized by the Italian Gemmological Institute and sponsored by CIBJO, Borsa Diamanti d’Italia, Confcommercio Federpreziosi and Associazione Gemmologica Italiana, were modelled in the same way.

During this edition of VICENZAORO September, Paola De Luca – Creative Director and Forecaster –  presented TrendBook 2020+, the publication compiled by VICENZAORO’s independent research centre, TRENDVISION Jewellery + Forecasting, that Italian Exhibition Group has devised to offer a glance at the trends that will be influencing the jewellery world, consumer attitudes and international luxury market situations in the next 18 months.

Among the new entries at this autumn edition of the Show was T.EVOLUTION – Jewellery Machinery & Technology, organized in collaboration with Centro Produttività Veneto (CPV).A project with an innovative exhibition-training format, specifically dedicated to jewellery and gold processing technologies and machinery, whose core focus was on the digital technologies and methodologies that are being increasingly used in jewellery creation procedures.

The world of watches is gaining ever-increasing interest at VICENZAORO. Indeed, The Watch Room, a section entirely dedicated to the watch realm and those fascinating time-measuring tools, hosted the latest collections and previews of twelve independent brands at the most important time of the year for final customer purchases, in view of the coming Christmas celebrations.

The city of Vicenza’s participation in this edition was something never seen before, and it is no coincidence that, over the last few days, the New York Times has defined it as “the capital of jewellery” with its full programme of events inside the Exhibition Centre but above all, with the first edition of VIOFF, the Fuori Fiera (Off Show), promoted by the Municipality and supported by IEG and other economic categories. An event that coloured the city gold and gave thousands of VICENZAORO visitors the chance to enjoy Italian hospitality, beauty and gastronomic culture.

Last but not least, the opening of the new temporary exhibition hosted at Vicenza’s Museo del Gioiello, located inside the Basilica Palladiana. Managed by Italian Exhibition Group S.p.A. – in partnership with Vicenza Municipality – and directed by Alba Cappellieri, it is one of only a few museums in the world dedicated exclusively to jewellery. The temporary exhibition entitled “Jewels of Power: Crowns and Tiaras”, under the curatorship of Alessandra Possamai, will be open to the public until 17th March 2019. 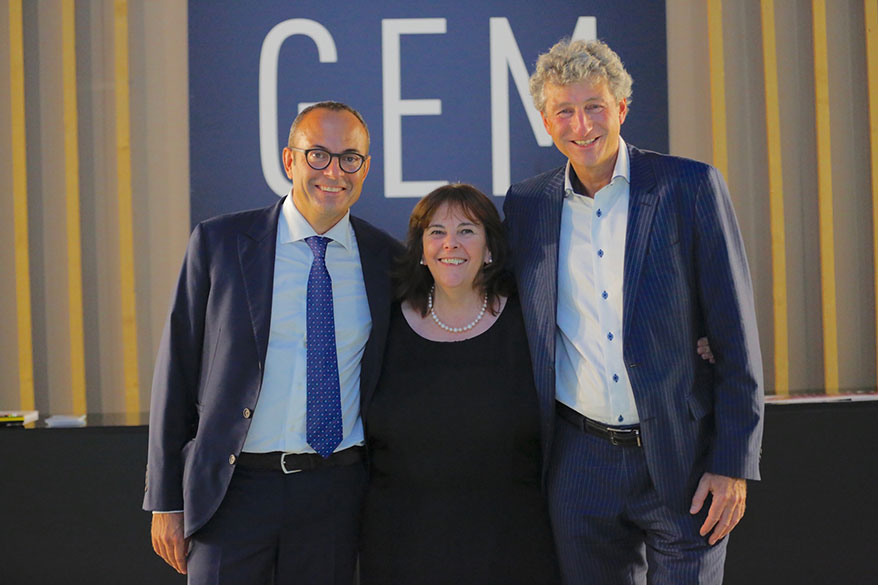