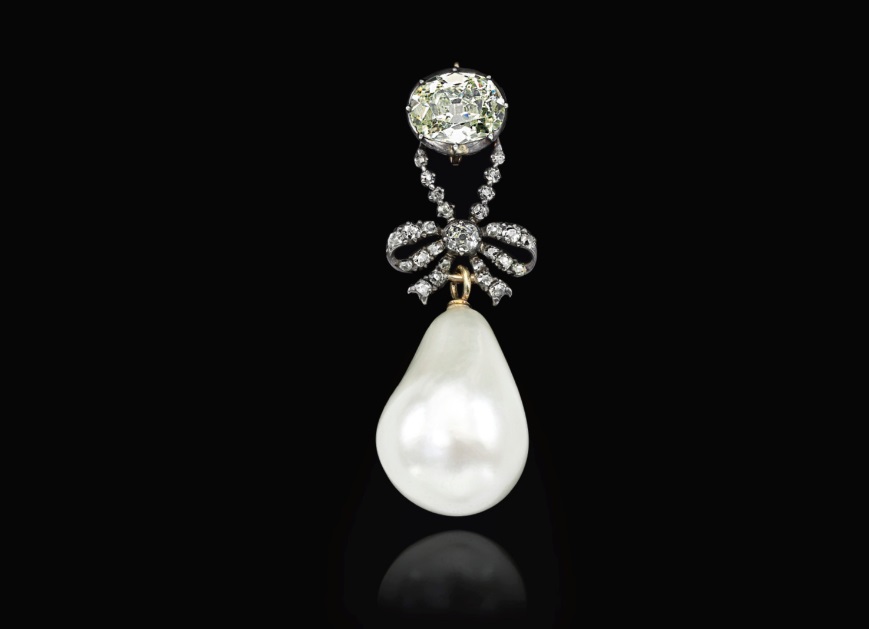 This pearl and diamond pendant sold for $36 million at auction.

A pearl and diamond pendant that was owned by Marie Antoinette, queen of France, who died in 1793, sold at auction for more than $36 million, CNN reports.

Sotheby’s had touted Marie Antoinette’s collection as “one of the most important royal jewellery collections ever to come to auction.”

The pendant had been predicted to sell for only $1 million to $2 million. The sale took place in Geneva.

The sale resulted in a new auction record for a natural pearl, according to Sotheby’s.

According to CNN, other items in the collection that sold for significant amounts included:

Founder of Kessler’s Diamond Center Out