Kathleen Cutler is a speaker, author and the CEO of Kathleen Cutler Strategy, who specializes in creating online jewelry storefronts using her Bespoke Commerce system. With a degree from the GIA and experience as a bench jeweler and salesperson in high-end boutiques, Cutler has coached more than 100 jewelers and spends her time consulting behind the scenes of high-end jewelry stores. kathleencutler.com

Ken Nisch, as chairman of JGA, is focused on developing branded environments and consumer strategies, working with clients including Sundance, Blue Nile, Hershey’s Chocolate World, Sleep Number, Disney, H&M and Sandals Resorts. Nisch was inducted into the Retail Design Institute Legion of Honor, has been named as a “Retail Luminary” by Design:Retail Magazine and won the Retail Leadership Award at the Asia Retail Congress in Mumbai. jga.com

Erik Runyan is the fourth-generation owner of Erik Runyan Jewelers, which won the Big Cool division of the America’s Coolest Stores 2019. Erik and his wife, Leslie, “softly rebranded” the century-old, Vancouver, WA, business, and opened a new location in 2017. Runyan’s love of boats led him to obtain his 100-ton Master Captains license and also influenced his store, which has a subtle and elegant nautical theme. erikrunyanjewelers.com

Pratima Sethi founded Sethi Couture in 2009 to create fine jewelry that celebrates women. Today the line is carried by over 100 retailers, as well as its own Sethi flagship store. Sethi began her career in IT consulting and later moved to retail operations and merchandising at Louis Vuitton. She earned an MBA from the University of Southern California, Marshall School of Business and holds a bachelor’s degree from the University of California Berkeley, Haas School of Business. sethicouture.com 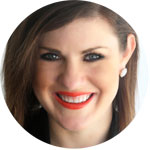 Jen Cullen Williams, communications and public-relations strategist, has worked with many leading jewelry companies over the past 15 years. Prior to launching her consultancy in 2019, she began her career at Red Light PR and later became the managing director of the agency Luxury Brand Group from 2007-2019, where she continues to consult. She serves on the national WJA board and is a past president of the WJA Los Angeles chapter. jencullenwilliams.com

Rod Worley is a 35-year retail jewelry veteran and founder of the Four Grainer jewelry industry management consulting firm. He is also the author of A REASON TO CHANT – JEWELRY TRADE EDITION and a veteran podcast host. His show, “Inside the Jewelry Trade,” has been heard in 167 countries. His consulting firm provides a turnkey operation that allows jewelry store owners to retain their store, their salary, and enjoy retirement tomorrow. fourgrainer.com

Jacqueline Cassaway, president of the Women’s Jewelry Association, has served on the WJA’s International Board of Directors since 2018. She has 30 years of global retail experience and has held senior operating, merchandising and new business development positions at companies including HSN, Helzberg Diamonds, a Berkshire Hathaway company, and Starboard Cruise Services, a LVMH company. She specializes in driving innovative customer experiences. womensjewelryassociation.com

Katherine Cotterill is manager of EAT Gallery in Maysville, KY, which won the Small Cool division of America’s Coolest Stores 2019. Prior to joining EAT Gallery, Cotterill worked as an oenologist in the wine industry and then managed a resort in Samoa. An interest in returning to Maysville combined with a love for colored gemstones and pearls made EAT Gallery a perfect fit for a new career. eatgallery.com

Megan Crabtree, CEO of Crabtree Consulting, traces her passion for jewelry back to her pre-teen years when she spent time at her father’s jewelry store in Indiana. A professional career in the jewelry industry culminated with high level positions at leading firms in the retail and manufacturing sectors. With Crabtree Consulting, she enjoys getting people excited about what excites her and wakes her up every morning, which is anything and everything in jewelry. [email protected]

Larry Johnson’s book, The Complete Guide to Effective Jewelry Display, is considered to be the definitive reference source on the subject of jewelry merchandising and is used as a textbook in visual merchandising classes. Johnson heads his own display consulting firm specializing in helping independent jewelers improve their sales by implementing better visual merchandising techniques. larryjohnsonconsulting.com

Pam Levine is president of Levine Luxury Branding, a boutique agency that works with brands to deliver memorable customer experiences. From strategy through design, visual merchandising, and marketing, she works with clients to create strong sensory and emotional connections with customers that nurture lasting and profitable relationships. levineluxurybranding.com

Alp Sagnak is a jewelry designer, goldsmith and diamond setter, who has been recognized by the INDESIGN Jewelry Awards and Couture Jewelry Design Awards as well as the DTC Tria Campaign Design Awards and the DTC Millennium Campaign National Awards in Turkey. He studied industrial engineering at GAZI University in Turkey and was a partner in the Jewel House of Minyon in Turkey, before owning Atelier Minyon, a Manhattan boutique, from 2008-2015. alpsagnak.com