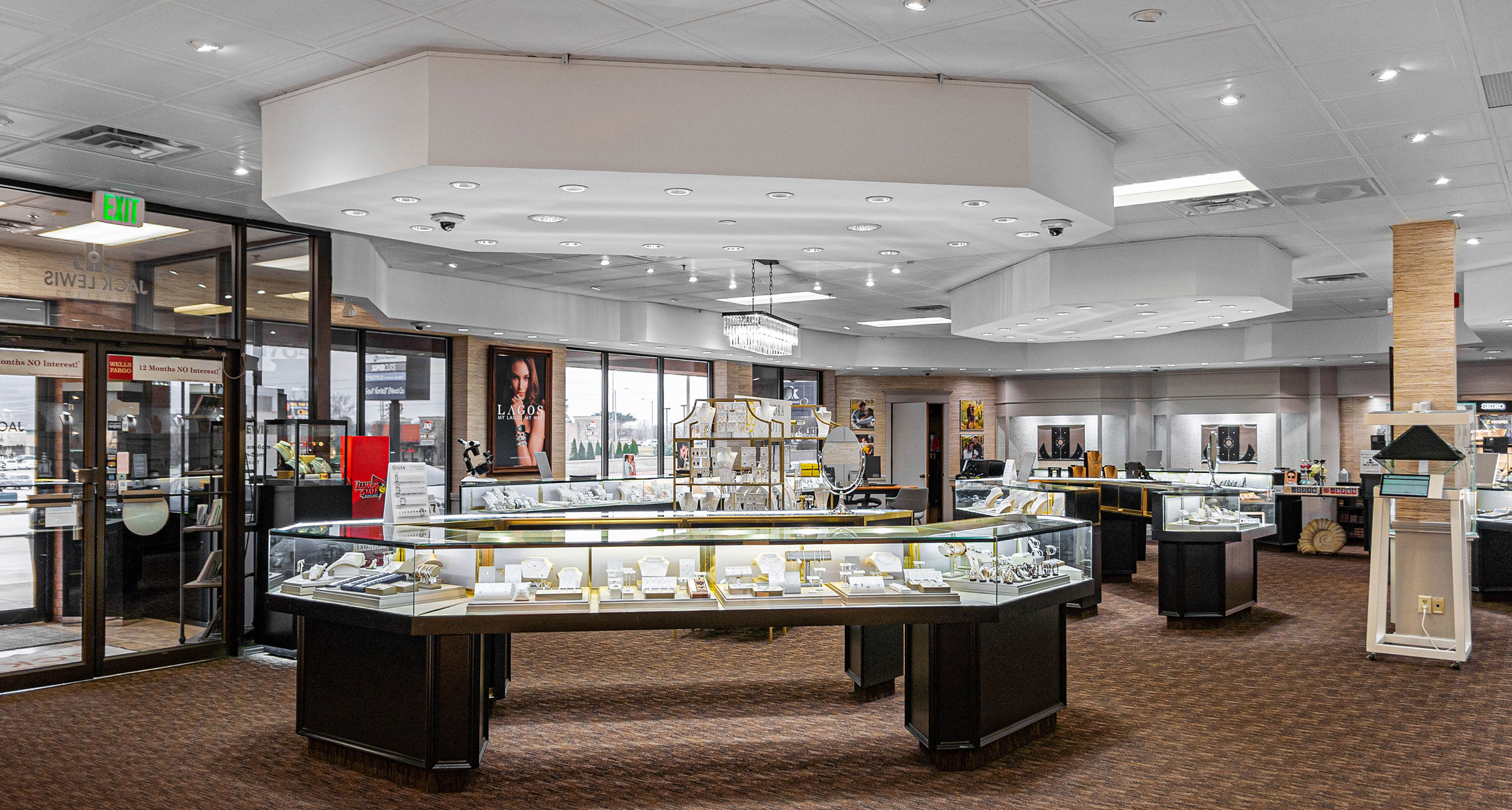 John and Ketti Carter own a store with a positive culture.

WHEN JOHN CARTER, owner of Jack Lewis Jewelers, talks about his team, it’s clear he’s not just giving lip service to the idea that his staff is at the heart of the success of his business.

“First and foremost, they are amazing human beings,” Carter says. “Kind, selfless, and supportive is how I would describe each and every one of them. I’ve always said that I hire people that I like. Period. While this may sound like a simple (or even terrible) idea, it almost always pays off. Recognizing that someone is a pleasant person to be around is a huge key to this. It has to be somebody I want to spend the day with because I do spend the day with them.”

Carter meets with each job candidate four times and includes his staff in the hiring process. The result is that the team likes working together, too, which creates an ambience that the client enjoys. “They can feel that vibe much in the same way that they can feel the tension in a place that is a miserable environment,” Carter says. “It makes our store a fun place to visit, which in turn makes it a fun place to spend money. The minute somebody starts to affect your culture is the time you start to lose your business.”

Once hired, team members are empowered to develop their talents.

Experience in musical theater is not a job requirement, but that talent would be a plus at Jack Lewis. As a team, they’ve famously sung, lip-synced, danced and cavorted their way through videos to proclaim the arrival of the store’s annual “Blingfest” event. “It’s centered around a parody video of the Imagine Dragons song, ‘Believer,’ and features most of our staff,” Carter says.

This year, though, with a more somber mood in the air, and with Blingfest on hold, Carter asked staff members to think about special pieces of jewelry they own and the meaning attached to them. Then he asked volunteers to consider talking about those connections on video. The results were heartfelt and powerful. The videos helped the business connect in a natural, unforced way with clients and friends during the spring quarantine shutdown for COVID-19 and put the spotlight on some employees who don’t work front and center as sales staff. “It’s a year for personal connection and a time to get behind the importance of what we do,” Carter says.

His approach to letting his staff shine in myriad ways, including on social media, invites clients to get to know them as people and forges relationships. “The key to our social media is that we treat it as if it were a TV station.

Every week, we feature regularly scheduled posts that appear on the same day at the same time. It is consistent and cool.”

“The concept is ‘Would you wear this? Holly would!’, and it shows her wearing our incredible jewelry while enjoying the very cool local businesses that our community has to offer,” Carter says. “This has become one of my favorites because it celebrates our town and our people as much as it does our store.”

Sales associate Holly Stief has created a strong social media presence with her Hollywould photo shoots in which she pairs branded jewelry with local attractions and businesses.

Carter found a creative way for shop manager Tami Bonos to incorporate her dream career of photographer into her job at Jack Lewis. As the undercover Pic Ninja, Tammy routinely photographs clients’ engagements as part of the sales package. “It literally involves Tammy hiding in the bushes and springing out at the moment of the proposal,” Carter says. “How amazing is it that I have an employee who can do all these things?” Large prints of the engaged couples are displayed in the store for a month, serving as a powerful testimonial, before they are relocated to the client’s home.

In addition to engagement photos, clients also can use a ring cam that allows them to surreptitiously record the “yes” on video. And the store negotiated with a salon in town for free manicures, too, for bridal clients.

Carter says he probably doesn’t advertise these extras well enough. “I had a client one time, and I told him that at the end of this engagement ring buying process, ‘You’ll get a manicure, the option of a ring cam and engagement photos.’ He asked, ‘How much is all that?’ and I said ‘It’s free.’ He asked, ‘Why would anybody not buy their engagement ring from you?’ That is sort of the point.”

Carter has concentrated on the engagement market since he bought the store from John Wohlwend in 2011. The region’s corporate jobs were attracting younger people, and the bridal market was largely untapped. His goal was to make the business, which was associated with expensive luxury in Bloomington, more fun and inclusive.

He worked with Joshua Shull of Joshua OneNine Marketing House on rebranding. The challenge was how to rebrand the store as a place where budget-conscious 20-somethings would feel like they belonged without alienating Jack Lewis’ traditional shoppers. But they pulled it off, changing the store’s direction and perception within a couple of years. They settled on the idea of “meaning” as a bridge between the business’ past and its future in bridal: “A diamond ring means something; you buy it for a reason.” 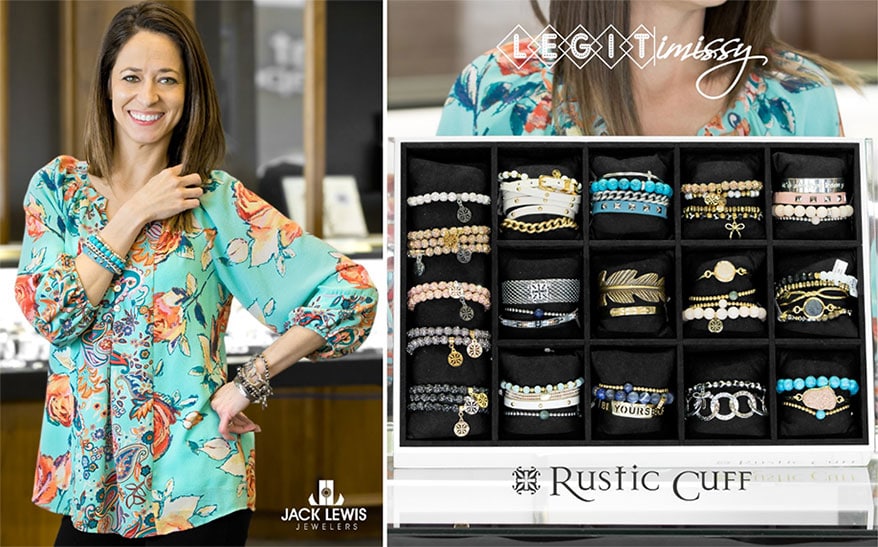 Jack Lewis, a watchmaker in a railroad town, founded the business in 1927 and managed to grow it during the Great Depression, thanks to a steady stream of customers who needed their railroad pocket watches regulated once a month. Wohlwend purchased the store from Lewis in 1993 and hired a high school kid to handle the mail and change watch batteries.

Carter, that high school kid, says he fell in love with fine Swiss timepieces as a 16-year-old, devoured trade journals and dreamed of going to Baselworld for the World Watch and Jewellery Show. He took charge of the Jack Lewis watch department while studying marketing, and by the time he was 23, became regional sales manager for a Swiss watch company.

In 2002, Wohlwend asked Carter, who was living in Chicago at the time, if he knew of anyone who could step in as his eventual successor. Carter surprised him by jumping at the chance to become an equitable partner in the business he had grown up in. Following a phased-in succession plan, Carter became CEO on March 17, 2011, making him the third-generation non-family owner.

Carter has learned well the significance of being a mentor.

“If someone had asked John when he hired me, ‘Do you think that kid will grow up and take over the business?’, he would have laughed at you,” Carter says. “You just never know.”

Wohlwend allowed him to make mistakes and enjoy successes as well.

“I have to remind myself to do those things with my people.” 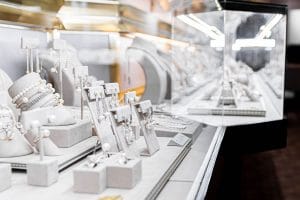 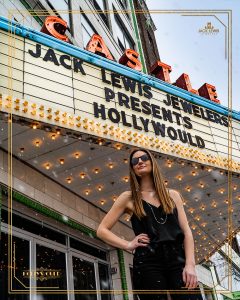 1. Inventory on video. John Carter uses a technology called Together, developed by BOSS Logics, a tech company, and Buyers Intelligence Group (BIG). “We can have a video conference with a client within our inventory system,” he says. “I can share pictures, descriptions and prices and make a digital counter pad for them.” Customers don’t need to download or use an app; the system works using a video link from a phone or desktop computer.

2. Curated website. Carter recently launched a revamped website to focus on a curated collection of 1,000 to 2,000 items that are in stock or readily available, based on what he learned about shopping behavior during the COVID-19 shutdown. “As the person on the front lines working with clients, I answered the phone and Internet inquiries,” he says. “I learned we had tried to put too much on our website, and a lot of it wasn’t even reflective of things I actually had; they were things my vendor had in New York and couldn’t ship to me.”

3. Versatile staff. “Our operational structure is cool because everyone on our team specializes in a different area, but, for the most part, they all can jump in and take over when someone is absent or overrun with work,” Carter says. “Our back office team can hop on the sales floor and so can our shop staff. The life of a small business is ever evolving, and the key to our success has been having team members who can adapt to the current needs of the business.”

4. Recent reno. In the process of adding brand boutiques for Rolex and Forevermark, Carter realized the store needed to be refreshed. The resulting project included new paint, soffits and ceiling, which added up to a major change for Jack Lewis Jewelers. Classic walnut was replaced with vibrant whites and grays, all of which helped to accentuate grass-cloth wall coverings. This year, the focus will be on refreshing the exterior. “I want my store to be like a jewel of our community,” he says.

5. Digital clearance case. Although Carter has not been keen to pursue e-commerce, one of the first things he did during the pandemic shutdown was to create an online auction for finished jewelry and loose colored stones. Purchasing, bidding, viewing and shopping were all done online, and prices were cut by 50 to 70 percent. “In 120 days, we probably sold 50 loose colored stones, which is a ton. Even if you’re selling them in an auction at reduced prices, there’s the opportunity to get the custom work out of it, and the customer ends up with a one-of-a-kind piece.” Carter may continue to offer a digital clearance case online, even if it’s not in an auction format.

“In short, our people are what makes us cool,” Carter says. “If you read our 500-plus 5-star reviews, you will see a common theme: Our team truly cares about the customer and why they come to see us. Very often, we find ourselves recommending less expensive items to the customer in place of the more expensive alternative because it truly suits the needs of what they are trying to express. It’s the difference between having customers who are just clients and those who become friends.”

Ohio Jewelry Store Owner Grows Up With Her Customers

Gemfields Is Launching the Gemfields Foundation