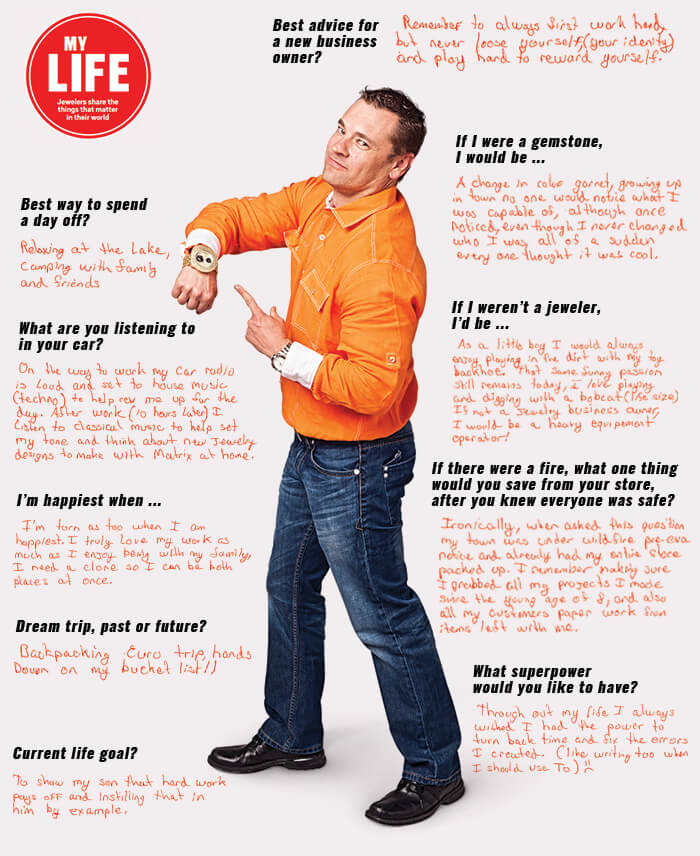 Stephen Vaeth is a third-generation jeweler whose grandfather, a master watchmaker, opened a jewelry store in Germany in 1928. Stephen’s father, Erich, became a watchmaker while his uncle, Helmut, became a jeweler. The brothers moved to the U.S. and named their own store for Helmut to emphasize its German roots and craftsmanship. Says Vaeth: “I’m a first-generation German-American who was promised nothing, but taught the value of a penny, hard work and goal-setting!”

Related Topics: My Life
click to Comment(Comment)
Up Next

This Jeweler Wants to Forget Her Fall on a Freshly Mopped Floor, But Her Store’s Security Camera Won’t Let Her