(PRESS RELEASE) NASHVILLE, TN — On Tuesday night of AGS Conclave 2018, some of the industry’s leading businesses and organizations joined together to co-host the hottest ticket in town. Harmon, Diamond Council of America (DCA), The Gordon Company, and Jewelers Mutual presented Nashville Bash 2018, an exclusive evening of food, drinks, and legendary country music.

More than 250 Conclave attendees gathered for the festivities at 3rd and Lindsley, a bar and music venue that is away from the city’s main honky-tonk thoroughfare, and a well-kept secret from tourists. The event’s highlight was a two-hour performance by The Time Jumpers, a Western swing ensemble that includes 21-time Grammy winner Vince Gill on guitar and vocals.

“When he found out AGS Conclave was happening in Nashville, Terry Chandler [President and CEO of DCA] came up with the initial idea of hosting the event,” explains Rick Arnemann, CEO of Harmon. “We live in Nashville, and Harmon is located in downtown Nashville, so we used our local insight to pull everything together.”

Arnemann used his connections to reserve 3rd and Lindsley for the evening, book The Time Jumpers for the entertainment, and schedule the bus to shuttle guests to and from their hotel. Jeff Gordon, CEO of The Gordon Company, jumped on board and composed the invitations, which Harmon used to design the remainder of the print collateral.

Sheri Ihde, Manager of Industry Relations and Trade Shows for Jewelers Mutual, also stepped up and helped greet and check in attendees. Harmon provided a fun moment for guests when they first arrived by snapping a quick photo in front of a backdrop. And all attendees left with goody bags containing small gifts and materials from every co-host.

“Everything came together nicely,” says Arnemann. “We were very fortunate that The Time Jumpers—and Vince Gill—were available to perform for us. It was a wonderful show, and I hope that everyone who attended had a great time.” 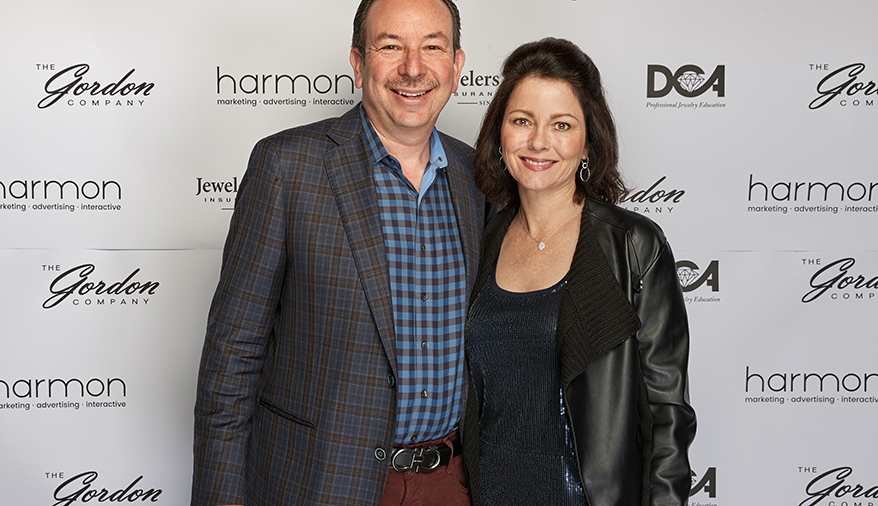 Related Topics: AGSNashville Bash
click to Comment(Comment)
Up Next