(PRESS RELEASE) NEW YORK – National Jeweler, the publication that has been delivering the news since 1906, has inducted three seasoned jewelry retailers into its Retailer Hall of Fame. The 2018 inductees are Dror Zadok of Zadok Jewelers, Houston, TX; Cathy Tivol of Tivol, Kansas City, MO and Pam Mortensen of J.C. Penney. National Jeweler will be releasing the digital edition of the publication and mailing over 8,000 copies of the print edition in May.

“The posititive response to the return of Retailer Hall of Fame has reinforced that the jewelry industry ethusiastily celebrates the achievements of colleagues and industry icons. We can all learn so much from the Retailer Hall of Fame recepients and it is a pleasure to be publishing this special edition,” says National Jeweler Publisher Matthew Tratner.

“Last year, National Jeweler brought back its Retailer Hall of Fame after a four-year hiatus. This May, it will return again with another class of three very worthy retailers,” says National Jeweler Editor-in-Chief Michelle Graff.

Dror Zadok is the president of Zadok Jewelers, a company he started with his wife, Helene, more than four decades ago after a visit to the United States from Israel inspired them to start a new business here. The sixth and seventh generation family-run business is located in The Galleria/Uptown area of Houston. Now encompassing more than 12,000 square feet—10 times its original size—their Houston showroom is among the largest in the country and serves customers across the world. Zadok Jewelers is thought of as one of the city’s premier luxury jewelers.

Cathy Tivol is the CEO of Tivol, a retail store founded by her grandfather, Charles, more than a century ago. Her father, Harold, played a vital role in helping to build Tivol even futher. Under her leadership, Tivol has grown to include two 6,000-square-foot locations in Kansas City, Missouri and Overland Park, Kansas by ensuring that both stores offer consistency, high quality product and customer service for her clients. With her son Hunter Tivol McGrath joining the family company in 2011, there are now four generations of family involved. 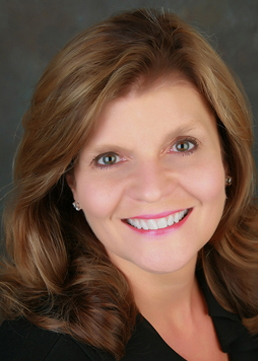 Pam Mortensen is the senior vice president and general merchandise manager for J.C. Penney. She joined the company in 2009 to support its jewelry, watches and fashion accessories. Mortensen has been integral in implementing popular customer concepts for the retailer like its “Modern Bride” and “Bijoux Bar” lines to provide a fashion and style destination appealing to consumers. Prior to her position at J.C. Penney, Mortensen held senior roles at Walmart, including vice president and divisional merchandise manager of fine jewelry and watches.

For more information on the National Jeweler, the Retailer Hall of Fame or to subscribe to the daily newsletter, visit www.nationaljeweler.com.

Related Topics: National Jeweler
click to Comment(Comment)
Up Next

SRKKF Announces Transformational Partnership with The Global Network for Zero