NEARLY 80 PERCENT of retail jewelers surveyed by INSTORE on April 19 had applied for the federal government’s Paycheck Protection Program, but only about a third had received government help at that time. Most said the process had been frustrating, although a couple said they received assistance almost immediately.

Erika Godfrey of Hawthorne Jewelry in Kearney, NE, submitted her PPP application on the first day it was made available, got a response the following week and received money just three days later.

“I know the experience wasn’t that smooth or promising for everyone and I am appreciative of the professional service my bank offered and very thankful that I have help to guarantee my employees an additional eight weeks of wages,” she says. “Now, my hope is that the loan repayment/forgiveness will be as smooth an experience because repaying eight weeks of wages that I couldn’t afford in the first place still is a stress to deal with if the forgiveness part doesn’t pan out. Money doesn’t grow on trees and this will cost everyone something.”

Tommy Thobe of the Village Gem in Perry Hall, MD, furloughed his employees while applying for the PPP, which turned out to be a frustrating and fruitless experience.

“It’s been very hard to get the money that was promised to me,” he says. “I have been working since I was 15 years old and I have never expected anything free, but I think I should get some help. I do not think that we will ever make up for our lost income. And as far as the SBA, our local banks make it hard to get a grant. I’ve been with a bank for over 30 years and have our business account through them and they would not help us out. 🙁 BYE BYE BIG BANK).”

Others took matters into their own hands: “I surrendered my IRA to continue to pay employees,” says Eileen Eichhorn, Eichhorn Jewelry, Decatur, IN.

The other category included unemployment benefits, local chamber of commerce grants, support from the Canadian government and low-interest or no-interest credit cards. 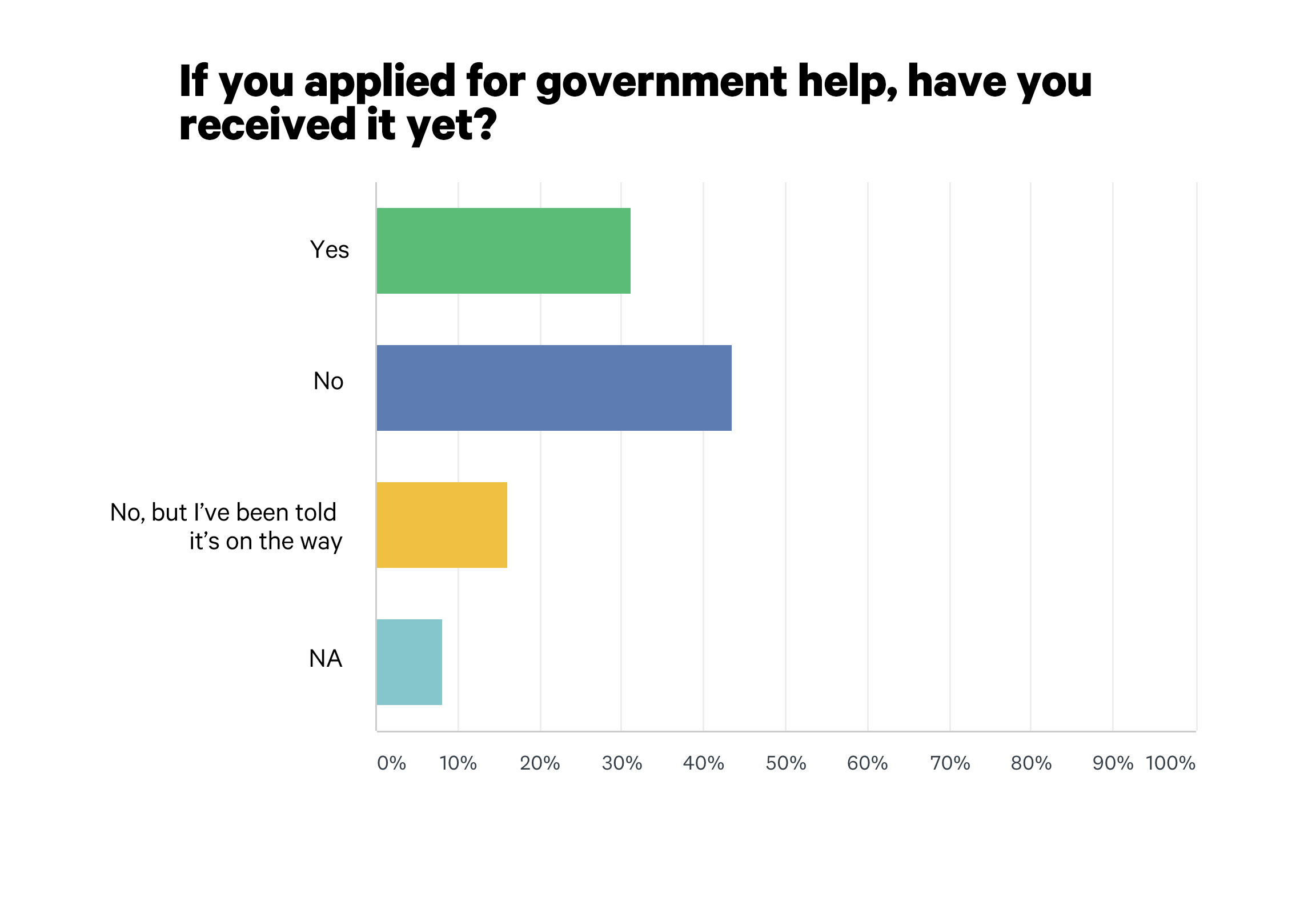 We received 220 responses from the Brain Squad.

Advertisement
Related Topics: COVID-19
click to Comment(Comment)
Up Next

Nearly Half of Retail Jewelers Surveyed Furloughed Employees in April

Jewelers Aid in $4,571 Donation to Jewelers for Children