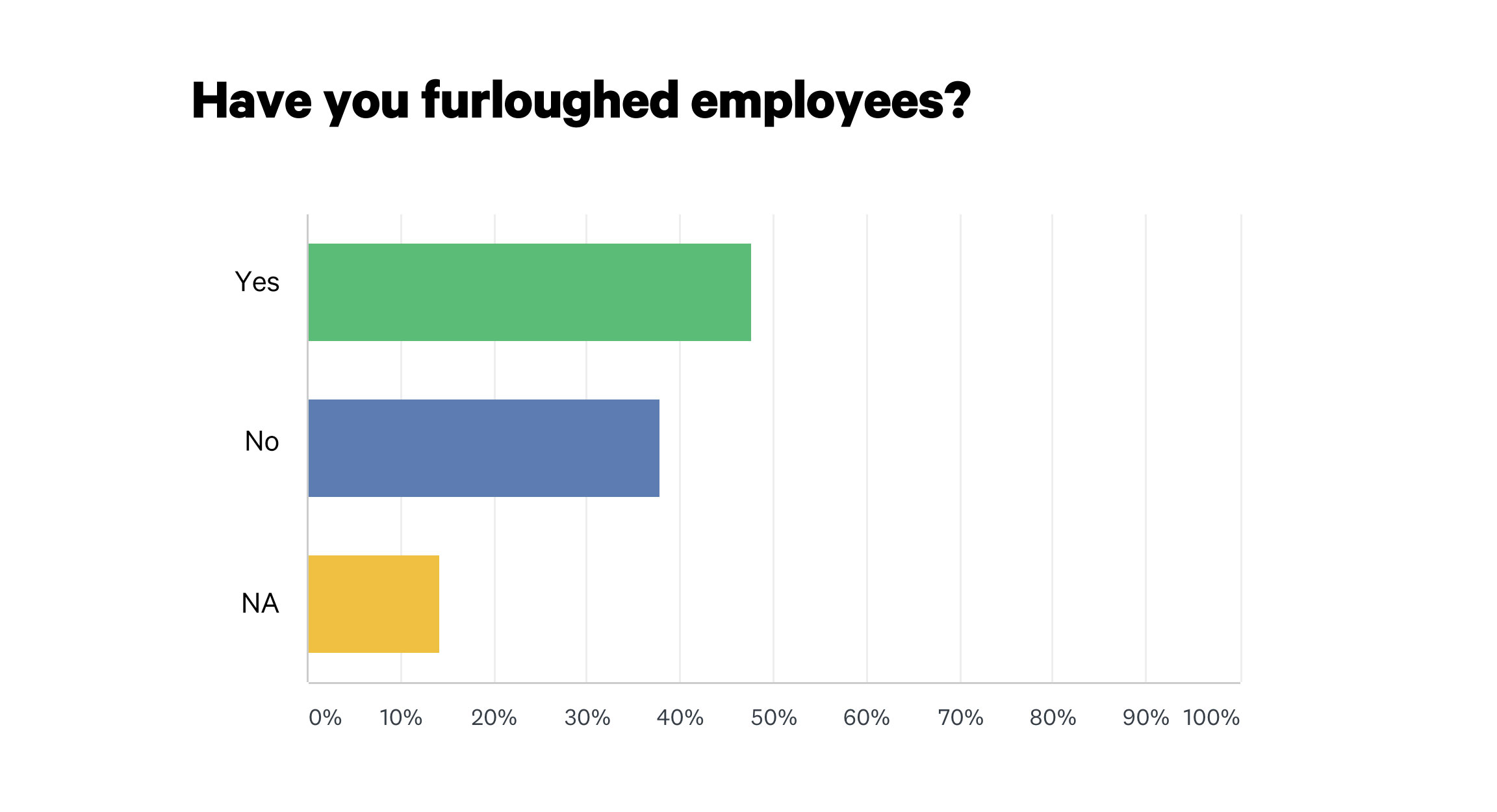 PERHAPS NO FIGURES convey the historic scale of the economic damage being wrought by the coronavirus pandemic on the U.S. economy as starkly as those relating to employment, with the number of people who have filed for unemployment approaching 30 million. Even a White House adviser has warned the public to brace for Great Depression-like figures of 16-20 percent unemployment by June (up from 3.5 percent in February).

The numbers in part two of INSTORE’s COVID-19 Impact Survey offer little if any solace on this front. Forty-seven percent of respondents said they had furloughed or laid off employees since the crisis began, with only 38 percent responding in the negative (the remainder mostly don’t have staff). This special INSTORE Brain Squad survey was responded to by 223 owners and top managers in retail jewelry, based in the United States and Canada.

Eileen Eichhorn of Eichhorn Jewelry in Decatur, IN, who had NOT furloughed her employees in April, said she surrendered her IRA to meet payroll.

Robert Kaylor, R Grey Jewelry Gallery, Boise, ID, who did furlough employees, was awaiting second round funding from the Paycheck Protection Plan. Looking to the future, he says, “Our staff WILL be smaller and we will have to evaluate what the “new retail” atmosphere looks like. Once reopened, he planned to be be closed on Sundays and Mondays. “After 34 years with our business, we are realizing we have to start living,” he said.

A minority who managed to successfully negotiate the red tape were able to obtain funding from the Paycheck Protection Program, designed to keep staff paid for an eight-week period. Ellie Thompson of Ellie Thompson & Co. in Chicago is among that minority. Thompson applied for and received funding from the Paycheck Protection Program and the Economic Injury Disaster Loan and had not furloughed employees. She was able to service clients by appointment and home delivery, stayed in touch with clients via email, and stayed active on social media. “I’ve learned the importance of having six months or more savings to cover personal and business expenses,” says Ellie Thompson of Ellie Thompson & Co., Chicago.

Karen Schmitt of Straith’s Jewelers in Centralia, IL, had applied for PPP funding and had not yet furloughed employees, but her vision of the future included running a business with “less staff.”

Denise Oros of Linnea Jewelers in La Grange, IL, applied for the PPP, EIDL and a bank line of credit while optimistically keeping her employees on the payroll. “Thankfully we have only seasonal debt and significant savings, but even those are going to be tested in coming months. We are basically shut down and doing minimal business (private appointments) from pre-existing customer requests.”