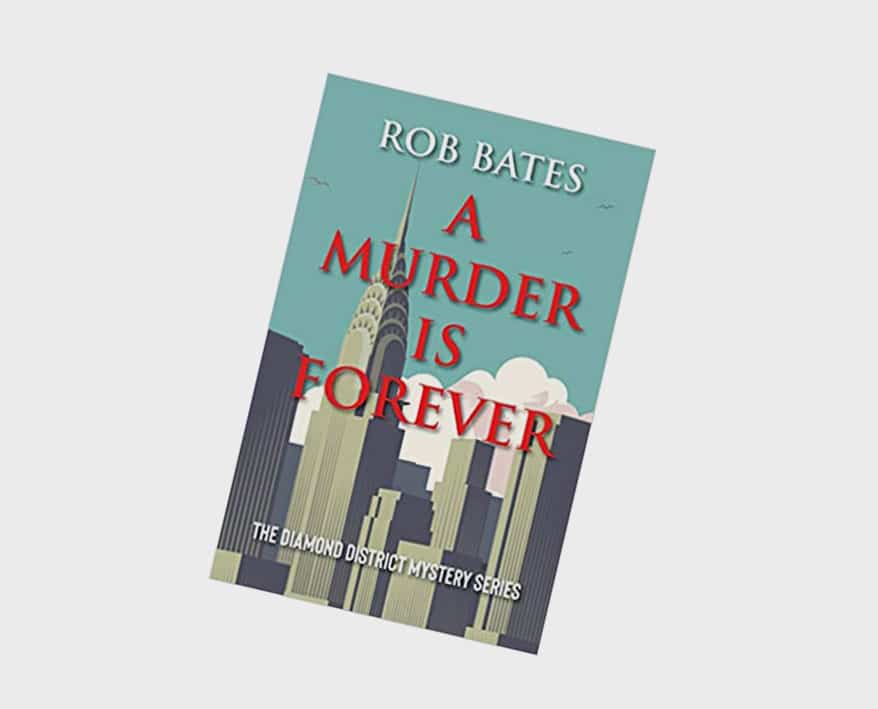 The book, the first in a planned series, is called A Murder Is Forever. Published by Camel Press, it hit bookstore shelves and major online platforms earlier this month.

According to promotional materials for the novel: “A part-time accountant in New York City’s Diamond District finds herself in the middle of a massive conspiracy that could turn the worldwide gem business upside down.

“It looked like the diamond dealer was killed for his million-dollar pink rock. Then his cousin discovered the killer was after something more valuable: Its secret.

“Welcome to New York’s Diamond District, where beautiful gems can have ugly histories.”

Bates serves as news director for JCK. He’s also a comedy writer and performer whose work has appeared on Saturday Night Live’s Weekend Update segment, comedycentral.com, and McSweeney’s. He has also written for Time Out New York, New York Newsday, and Fastcompany.com.