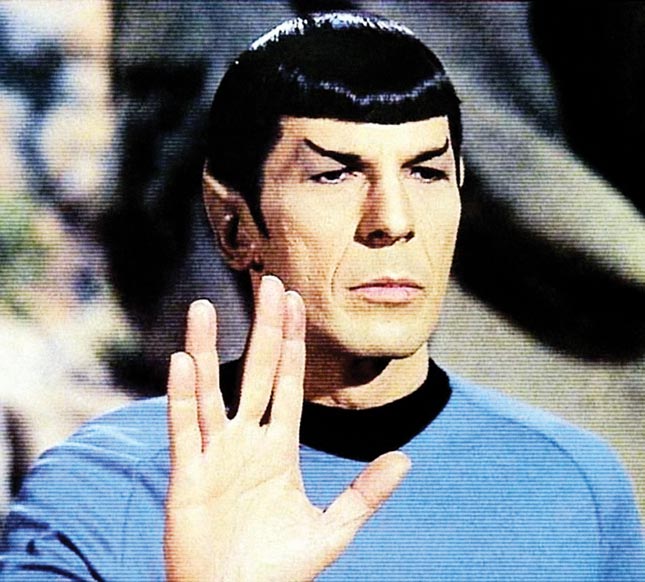 Published in the November 2013 issue

Amale shopper comes
into your store. Barely
giving you enough time
to greet him, he whips out his notepad
and tells you he is looking for
a 1.44-carat diamond with a 54.5
percent table, a medium girdle,
polished culet and a pavilion angle
of 40.75 degrees. He wants an F in
color, an SI1 in clarity and a GIA
certification rating the overall cut
quality of the diamond as “excellent.”
He has shopped a number
of stores already and is checking
to see how you compare in quality
and price. He already has a page
filled out specifically for your store
formatted with diamond drawings
awaiting your specifications.

We’ve all had customers like
him. I call him “Mr. Spock.” He
can recite to you the names and
heights of the 10 tallest mountains
in the world, Pi to 25 digits and
geometric theorems he memorized
back in high school.

It is unlikely you will outsmart
him, so don’t try.

If you pull out a diamond and
give him all of its statistics, all you
do is fall into his trap. He will write
your diamond’s specifics into his
notebook, leave to analyze it and
then ultimately buy online.

To sell to Mr. Spock, you must
get him thinking with the other
side of his brain. Your first step is
to ask him what really brought him
into your store. He likely will say
it’s his hunt for the “perfect” diamond.
It isn’t, so go beyond this.
Lead him until he realizes the true
reason he is there: It’s his love for
his future spouse. And he has to
say it out loud so he hears it.

Once he vocalizes this, appeal to
love and romance. Ask him questions:
“How did you two meet?”
“How are you going to propose?”
“When she opens the box, what do
you want the ring to say to her?”

If you pull out a diamond and give him all the
statistics, you fall into his trap. To sell Mr.
Spock you must get him thinking emotionally.

Ask for his name and his future
spouse’s. Use them repeatedly in
your presentation so you don’t
forget them. You don’t ever want
to fumble their names. Mr. Spock
does not like error, and you will
lose credibility if you commit one.
Get Mr. Spock into a diamond
room where he can relax and open
up. Understand that you have led
him into a zone of thought with
which he is uneasy, so make him
comfortable. Once he is answering
your love-related questions, let
him talk without interruption. You
want to keep him using the side of
the brain you led him into.

When you show the diamond
to him, romance it. Take your
time. Then ask him to buy using
an affirmative close such as, “I’m
sure this is going to be the one (use
the future spouse’s name) is going
to treasure for the rest of her life.”
Or you can try, “Imagine how you
and (future spouse) are going to
feel when she wears this diamond.
You will be so proud, won’t you?”
When he responds in the affirmative,
start writing the invoice and
ask him what card he wants to use.

Once you gain Mr. Spock’s trust,
he will become a very loyal shopper.
He will want to see you when
he has future jewelry needs and
selling to him will become much
easier. So don’t shy away from his
intelligence. Appeal to it using the
techniques I have explained, and
more times than not he will purchase
from you. So beam him up!