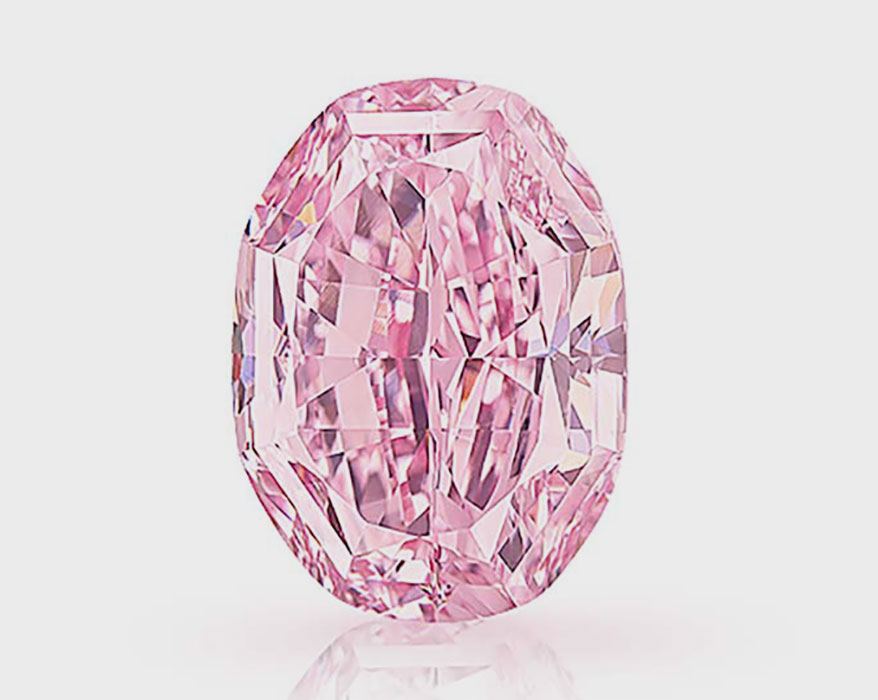 IT’S BECOMING CLEARER that Alrosa’s 14.83-carat fancy vivid purple-pink diamond, which was recently named “The Spirit of the Rose,” has a very good chance of setting a world record when it goes on sale some time in November.

Alrosa has yet to estimate the stone’s value, but gem expert Eden Rachminov, chairman of the Fancy Color Research Foundation, thinks it could be worth a small fortune. He examined the oval-cut sparkler first-hand and estimated it will sell for more than $60 million.

“A large fancy vivid purple-pink, internally flawless, with perfect visual characteristics such as this one, enters the market literally, once in a generation,” Rachminov told diamondworld.net. “The stone has the most desirable pink undertone dispersed perfectly, and looks much bigger in relation to its actual weight. As of today, it is the most important vivid purplish pink ever unearthed in Russia and it will enter the books of history as an iconic Russian gem. Its beauty overcomes the important pink diamonds sold at auction in the last decade and its retail price should exceed $60 million. I feel fortunate to have had the opportunity to hold this pink wonder in my hands.”

If The Spirit of the Rose sells for $60 million ($4.04 million per carat), it will narrowly edge out the current price-per-carat record holder, “Blue Moon of Josephine,” which sold in November 2015 for $48.5 million, or $4.03 million per carat. With a $60 million+ price tag, the The Spirit of the Rose would also join an elite club of the most expensive gems known to man.

In 2017, Hong Kong-based jewelry retailer Chow Tai Fook Jewelry Group paid a record $71 million for the 59.6-carat Pink Star. The previous record holder was the 14.62-carat Oppenheimer Blue, which sold in 2016 for $58 million.

The Gemological Institute of America graded The Spirit of the Rose as internally flawless with excellent polish and very good symmetry. It’s the largest vivid purple-pink diamond ever graded by the GIA.

“In the world of colored diamonds, pink diamonds are some of the most treasured, especially at larger sizes,” John King, GIA chief quality officer, said in a video that appears on a special website created for The Spirit of the Rose. “It’s unusual to see pink diamonds in the market over one carat today. Weighing more than 14 carats is exceptional. The color is an amazing specimen. Being also internally flawless makes it truly a unique stone.”

In keeping with the same these, Alrosa chose the name “The Spirit of the Rose” for the finished stone to honor the famous 1911 ballet of the same name. In French, it was called “Le Spectre de la Rose,” and its primary dancers were Tamara Karsavina and Nijinsky.

Already the world’s biggest diamond producer in terms of sheer output, Russian mining company Alrosa is looking to become a major player in a segment of the industry now dominated by Rio Tinto and Anglo American’s De Beers — gem-quality colored diamonds. Alrosa’s push is coming at a time when Rio Tinto’s Argyle Mine in Western Australia — the world’s primary source for pink, red and blue diamonds — is nearly tapped out. The mine is scheduled to close in 2020.

Advertisement
Related Topics: diamondsFeaturedHoward Cohen
click to Comment(Comment)
Up Next

Create a Marketing Machine with a Blog