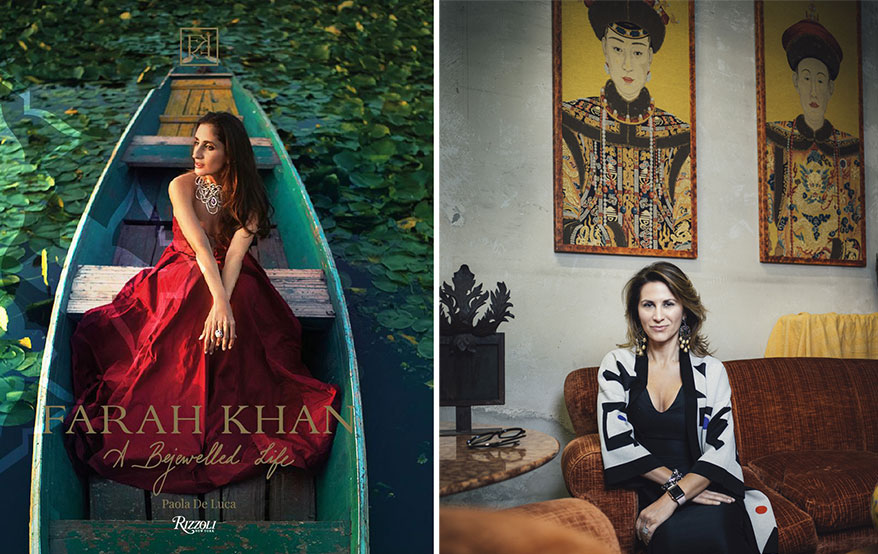 The book, published by Rizzoli International and edited by Paola and her team at The Futurist, charts the life and inspiration of Farah Khan as a leading Indian jewelry designer with family connections to Bollywood.

The book launches, each featuring a conversation between Farah Khan and Paola De Luca, will take place in New York City on April 3, and in Mumbai on April 16.

“I am looking forward to our conversations which I am sure will give a fabulous insight into the unique talent that is Farah Khan,” said Paola, who has worked with Farah closely from the inception of the idea for the book to its publication.

“India, led by design pioneers such as Farah Khan, is now reclaiming its global stature in luxury jewelry design.”

The Futurist is developing visionary editorial projects all over the world, and is now partnering with Rizzoli International for upcoming publications.

The venues and details of the book launches are as follows:

Launch dates are also expected to be announced for London and Hong Kong later in the year.

Shalimar from Val lée de Fleurs’ collection and Gossamer Glow earrings from ‘Aayat’, the monogram collection; as both seen in ‘A bejeweled life’

The First iPhone with a Tourbillon in the World Was Created

NDC Partners with Retailers on ‘Thank You, By The Way’ Campaign

HOW eGRADING™ WILL CHANGE THE WAY YOU SELL DIAMONDS