Real Deal: The Case of the Ruined Replica 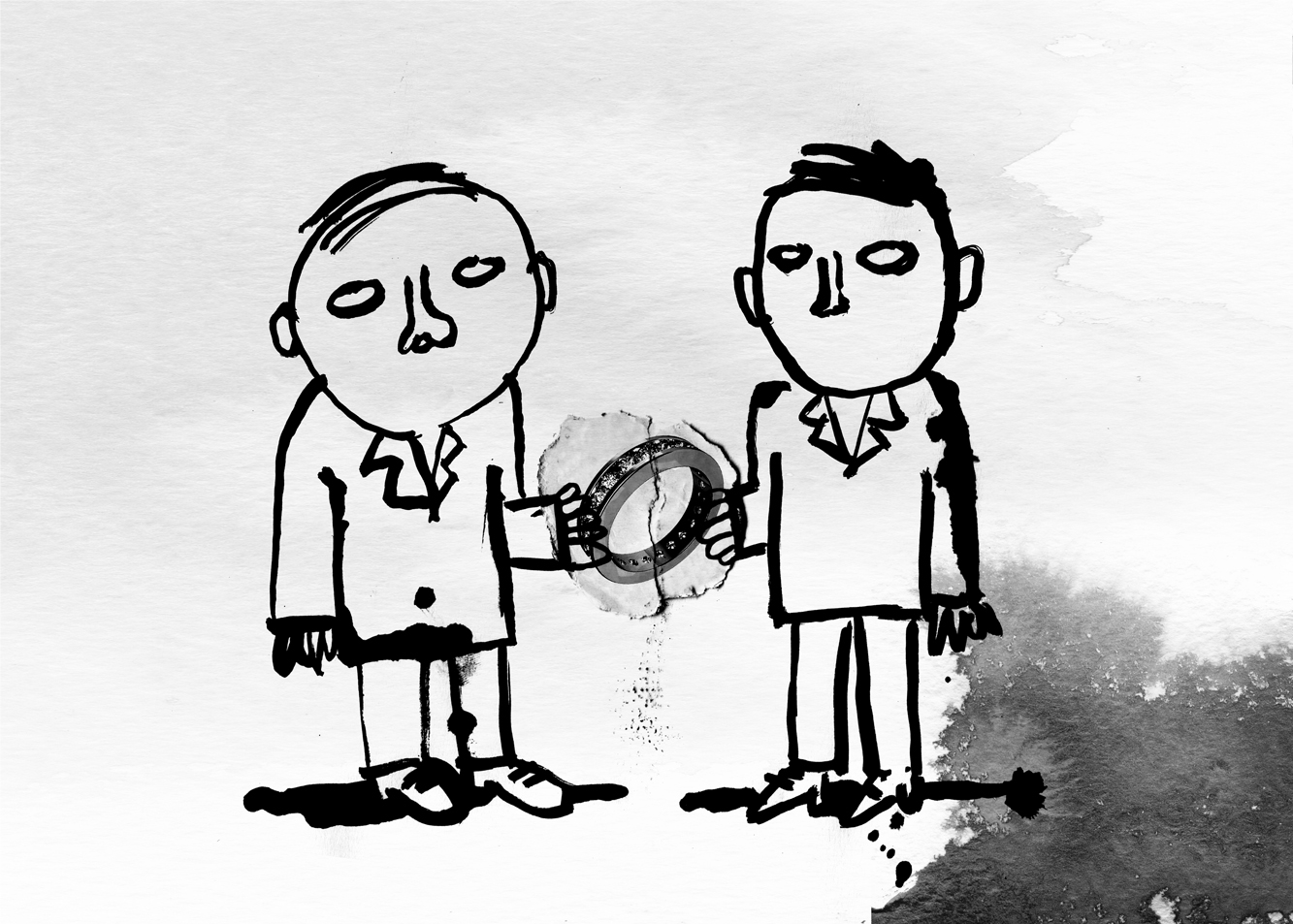 Editor’s Note: Real Deal scenarios are inspired by true stories, but are changed to sharpen the dilemmas involved. The names of the characters and stores have been changed and should not be confused with real people or places.

Sean McNeill was a little surprised when he overheard his wife telling her sister that she wanted a second diamond band to wear with her original set, as she’d always been very traditional and sentimental about her engagement and wedding rings. But on further thought, an additional band was a perfect symbol – both of their upcoming 7th anniversary and of the recent birth of their first child. Sean called Sorrell’s, the store from which he’d purchased the original set, and was assured that since the set was part of a well-known designer’s branded collection, a duplicate band could be easily ordered.

The ring came back from the designer looking great and with plenty of time to spare. Sean paid for the new band and took it home on Aug. 14, happy with Sorrell’s service. Nearly two weeks later, Cheryl came into the store. She told Alice, the sales associate who handled the order, that she was totally surprised and delighted when she opened the box, but as she looked at the ring  over a couple of days, she noticed that it was quite different from her original. The new ring appeared wider, and the diamonds were spaced differently in the channel. Alice measured the rings and found the new band was 3.2mm wide at the top, while the original was 2.8mm wide. She could also see that the diamonds were more closely spaced in the new band than the original. Alice suggested sending the original band back to the designer along with the newly made one so that he could create an exact match, as promised. Cheryl was reluctant to part with her ring but ultimately agreed after Alice assured her that it would be safe in the hands of the designer, and that the engraving inside her band meant it would be easy to identify. The rings were sent to the designer’s shop on Aug. 26, along with a detailed list of instructions. Alice stressed the emotional importance of Cheryl’s wedding ring.

On Sep. 18, Sorrell’s received a package from the designer. On opening the package, Alice found it contained two identical diamond bands – both looking suspiciously like the newly made ring. Neither was engraved. She measured the bands and found both to be 3.2mm wide. Store owner Doug Sorrell tried to call the designer directly but only reached his personal assistant, who insisted that Cheryl’s original band and the new one had been shipped back. Rather than argue with the assistant, Doug asked that the designer call him back when he was available.

Two days later, the designer’s shop manager called Doug and explained that a mistake had been made – that the diamonds had been removed from Cheryl’s original band and used to create one of the two new bands. He said that the original band had been sent off to a refiner that morning. Doug was furious. He demanded that the shop manager call the refiner and intercept the package before Cheryl’s ring was destroyed. He then called Sean and Cheryl. He promised to do all he could to get their ring back, but made it clear that since the diamonds had likely been cut out of the channel, the ring would need extensive work to restore it to its original condition. The McNeills were devastated.

The following week, on Sep. 25, the shop manager called back to say that the refiner had returned the box of scrap, and that he had located the remnants of Cheryl’s ring in the box, with the diamonds removed.

The store received a package from the designer on September 30th. Alice opened the box and found a packing list along with Cheryl’s original ring, engraved inside and measuring 2.8mm wide at the top – with the diamonds still in the channel.

While happy that the Mc’Neills would be reunited with their original wedding ring, Doug was still very upset. He sent a strongly worded e-mail to the designer:

“My staff is around me as I am looking at this wedding band that Sean slipped onto Cheryl’s finger during the exchange of their wedding vows. – the ring that was blessed – the ring that I was told had been sent to your refiner – the ring from which your shop manager said the diamonds had been removed. I have been lied to, and that is unacceptable. This matter has caused great stress to a fine young man and his wife. What really happened? Why was our original instruction to simply duplicate the original band not followed? Did the original band really go to your refiner? When your shop manager found the band in the box returned from the refiner, were the diamonds in or out? Did your company supply new diamonds, rebuild the channels and set the new diamonds into the band in hopes of making this go away?

Sean and Cheryl are terribly disappointed in the series of events. My store’s and my family’s name and credibility have been damaged by your carelessness. Worse, through it all, you have not even had the decency to call me back. Despite the fact that your product has sold very well in my store for a number of years, I fail to see how we can continue to do business with you”

THE BIG QUESTIONS: What do you think really DID happen? What should the designer do to deal with the lack of honesty within his operation? Should Sorrell’s cut off the relationship with the designer? What can Doug and Alice do to make things right with the McNeils?

Real Deal: The Case of the Misplaced Trust