Real Deal: The Case of the Special Gift — 5 Years Later

It’s been five years since that first “incident” and the main protagonists in our story — store owner Dave Tate, top sales associate Jamie Rowland and her former husband Brad — are all looking back and wondering if the alcohol-fueled train wreck that now lies before them could have been avoided. There’s been a serious security breach, risky behavior, a broken marriage, the personal disintegration of a $2 million-a-year sales generator … How would you handle this mess? 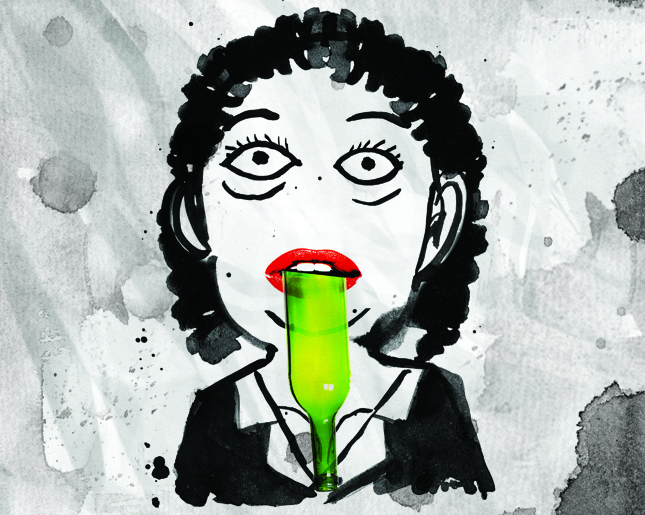 Editor’s Note: Real Deal scenarios are inspired by true stories, but are changed to sharpen the dilemmas involved. The names of the characters and stores have been changed and should not be confused with real people or places.

In last month’s Real Deal, you met Brad and Jamie Rowland, and you learned about the unique, “progressive” culture at D. Tate, the highly successful boutique store where Jamie was the manager. (If you missed that one, you can find it here). This month, we pick up the story five years down the line, as both the Rowlands and the Tates confront the consequences brought about by their choices.

It was the moments of quiet reflection that were most difficult for Brad Rowland. Fortunately for the corporate attorney and newly divorced dad of an almost-eight-year-old, the quiet moments were few and far between these days. This one, though, with his son off visiting his grandparents and his office closed for a long weekend, had Brad stuck in an “if only … ” loop. If only he’d taken a tougher stance with Dave Tate when he learned about the “anything goes” culture at D. Tate’s … If only he’d been less afraid of being “judgmental” and more upfront about his concerns … If only he’d paid closer attention to his wife’s changing behavior and had been less trusting of her excuses …

Jamie had been working at D. Tate for nearly six years when Brad’s perspective on the fun and “progressive” culture within the company began to shift. He had become comfortable with his and Jamie’s place as part of the Tate family, and had even gotten past the questions raised in his “lawyer’s mind” about the apparent abundance of alcohol and casual use of recreational drugs within the group. That was until he learned that his wife had been swapping prescription drugs with other employees – a practice he quickly brought to the attention of business owner and friend Dave Tate. At the time, according to Jamie, Dave called a store meeting in which he clearly articulated his views. He told the group that he believed D. Tate’s success was based largely on the talent and maturity of his team – and that he highly valued the laidback, family atmosphere they had created. Without pointing fingers, he said that he trusted in their understanding that their “after hours” social activities were completely separate from store business, and that he was relying on their professionalism and good judgment to ensure that no one behaved irresponsibly. He passed out a copy of the substance-abuse policy from the company manual (which clearly prohibited the use or distribution of any illegal substance on company property), and had each person read and sign the document before returning it to him.

After that episode, things calmed down within the ranks. Dave knew that his associates had gotten the message, and he felt as though he’d delivered it without harming morale or putting a damper on the fun and family spirit in the store. Company parties and after-hours social events were still pretty loose and relaxed, and the store’s “open bar policy” remained intact, but he was certain that he wouldn’t run into any more issues like the one that had gotten Brad Rowland in a twist – an important factor, since Jamie was so important to his business.

Through the ensuing years, Jamie’s role in the store continued to grow, as did her client base, her production and her income. She was, without a doubt, Dave’s right hand, and the “leader of the pack” – and much more of a friend and family member than an employee. She was by far the strongest salesperson Dave had, trending at a pace that would have her finishing the year just over $2 million – nearly one-third of D. Tate’s business. Dave was constantly amazed with Jamie’s dedication and willingness to do whatever it took to get the job done – often staying in the store by herself, much later than anyone else, to handle paperwork and other tasks so her floor time could be devoted to taking care of her clients.

For her part, Jamie understood after the “2006 incident,” as they called it, that it was easier for her – and better for the Tate’s – if she kept a clear line between her life at home and her life at the store. Brad was always welcome at official store events and social gatherings, as were other associates’ significant others. Jamie had to agree with Dave, however, that when it came to things like occasional after-work parties at a local restaurant, events that usually involved large quantities of alcohol and other treats, Brad was best kept out of the loop. In her view, after the incident, he had become judgmental and critical, and she really didn’t need him spoiling her fun. In fact, she’d begun to think that after 12 years of marriage, she and Brad were heading in completely different directions.

As time went on, spending extra time in the store became more and more of a blessing for Jamie. Brad’s flexible schedule made it easy for him to pick their son up from school, and being in the store for a few hours a couple nights a week kept her away from his nagging and criticizing. The Tates seemed to appreciate the extra effort, and there was always a bottle or two of wine around to help her relax while she worked. Drinking at home had become difficult, with Brad seeming to count every glass, complaining about her “alcohol problem.”

One Saturday night in late August, Dave Tate left the store at 5 p.m. with the rest of the team while Jamie stayed behind to take on the monumental task of changing over all of the displays to a new fall theme. Jamie called Brad to let him know she would be late, and was met with his usual, nasty tone. No matter, she had a job to do. She opened a bottle of wine, poured the first glass and got right to it. Three hours later, Jamie felt a little shaky as she finished the last case display. She realized that she had gone through a second bottle of wine, and hadn’t eaten anything since noon. She checked in with Brad once again, to let him know that she would be stopping off to get a bite to eat and would be home soon. She left the store very drunk, but knowing that she would be fine after she found some food. When she walked into the pub across from the store, she was surprised to see several friends of the Tates and decided to sit at the bar to chat. When she finally did arrive home, Brad was furious – both because it was past midnight, and because she was in no condition to have been behind the wheel of a car. They had an ugly fight that ended when Jamie locked herself in the guest room and went to bed.

When Jamie arrived at the store Monday morning, Dave was waiting for her. He brought her into his office and told her he’d gotten a call from the alarm company Saturday night. He said that when he arrived to check it out, he learned that she had not set the alarm when she left the store, and that she had not even locked the outside door. Jamie was immediately defensive, saying she clearly remembered setting the system and locking up before she left but when Dave ran the security tape that showed her staggering through and out of the store without going anywhere near the alarm, and locking the inside door but not the door to the street, she was speechless. She began to cry, telling Dave she was afraid that Brad was right – that she had a serious drinking problem and that she needed to get help. Dave told her that she needed to think carefully about what she needed to do, and that he and his family would provide whatever support they could.

Dave put Jamie on a three-day medical leave, to give her time to get herself together and to give himself time to think. That afternoon, he watched the security tape again, then contacted his attorney. The next day, he called Jamie back to the store and told her that her behavior had put him, his family and his business at serious risk – and that at the advice of counsel, her employment with D. Tate was terminated, effective immediately, for gross violation of company security policy.

THE BIG QUESTIONS: Did Dave do the right thing in terminating Jamie’s employment? Was the violation big enough to justify losing a $2 million producer? What – if any – responsibility does Dave – with the culture he created, have for what happened? Is selectively enforcing a policy ever a sensible thing to do?

Real Deal: The Case of the Special Gift

IEG: OROAREZZO Is Postponed to 2022

18 New Earring Designs To Dazzle In Person Or On Video