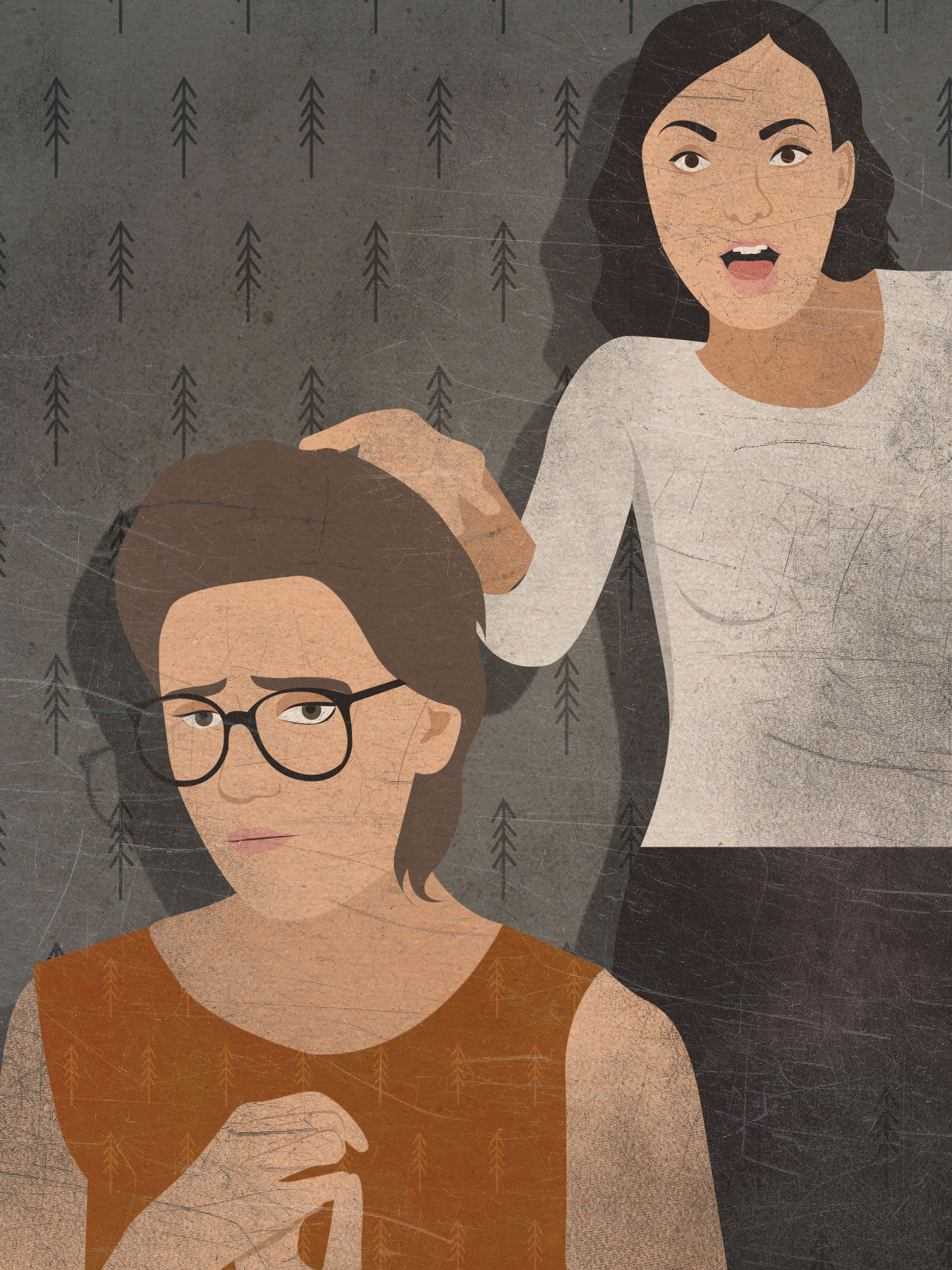 RENSON JEWELERS is the quintessential hometown store. Bob Steiger got his first job in the store when he was 16, and eventually bought the store from founder Artie Renson over 20 years ago.

Even as a young girl, a position at Warren’s was Julie Patterson’s dream job. Getting a part-time job dusting giftware for the store when she was in high school was great. Finding a full-time job there when she and her husband moved back home after 20 years away was perfect.

Julie was impressed with all that had happened at Warren’s while she was gone. The store had moved into a beautiful new building, lots of designer lines were in the cases, a second bench jeweler and a sales manager had been added, and Dan Warren’s daughter Melissa had taken over running the business for her semi-retired dad.

Julie had gotten to know most of her coworkers fairly well since starting at the store. One of the valuable lessons she’d learned from a previous job, though, was the importance of keeping her professional and personal lives separate.

It was the beginning of her fifth month at Warren’s when Julie found herself in the employee lunchroom with Michelle Daly, a jeweler who had been with the company for nearly 10 years.

Until that day, they hadn’t had the occasion to have much of a conversation. Michelle, however, seemed eager to get to know her new coworker better. She asked if Julie had been married and how long. When Julie replied “11 years,” Michelle quickly asked the typical follow-up question: “Kids?” Julie felt comfortable enough with the tone of the conversation to tell Michelle that she and her husband Jim had hoped for a large family, but that it just wasn’t in the cards for her.

Several days later, Julie ran into Michelle in the break room again. Michelle soon brought up that her husband, Alex, had spent several years doing missionary work with AIDS patients in Africa. She said that while he was working in one village, he learned that if a woman was barren, it was acceptable for her husband to beat her. Alex found the concept abhorrent, so he gathered all the barren women together and prayed with them. Michelle said that when he went back to the village a year later, he found all the women he had prayed with had borne children. She said if Julie ever wanted to pray with Alex, they would be happy to meet her.

The story made Julie feel very uncomfortable. She told Michelle she was not a religious person and she would appreciate Michelle respecting her choices.

The following week, when Julie went into the shop to talk with Michelle about a minor repair on a customer’s ring, Michelle told her that she had recently had a terrible dream in which a colleague had come to work bruised and battered. In the dream, everyone in the store knew that it was the woman’s husband who had abused her, but no one would say or do anything about it.

Julie was taken aback by the story and the connection to Michelle’s African village tale. She said nothing, took the finished job and left the shop. Julie felt Michelle had crossed a line.

Julie was confused and torn about whether to deal with Michelle on her own or to take the issue to Melissa. She’d always seen herself as a mature professional, able to handle her own relationships with coworkers and didn’t want to come off like a playground tattletale. She also knew Michelle was an excellent jeweler who had many friends in the store and who was a valuable member of the Warren’s team. Yet, she was also intimidated by what she viewed as Michelle’s very creepy ideas. As much as she loved her job at the store, she didn’t feel she could just let the whole thing go.

Julie needs to toughen up and quit acting like she’s in middle school. Management shouldn’t always have to settle emotional issues and differences in opinions, religious or otherwise.

Julie needs to approach Michelle a second time and explain to her how this has made her feel. If this doesn’t resolve it, then Julie should get Melissa involved in the communication, not to be a tattletale, but to work out their miscommunication on this matter.

Julie is overreacting and making herself out to be even more the victim. If she takes such great offence to Michelle’s stories and conversation, she should discuss it with Michelle herself, not act like a child and tattle to the manager. Let’s face it, in the real world of small business people have different opinions and ideas and if you can’t problem solve, you shouldn’t be there. Grow up.

I really think Michelle might have crossed the line, but Julie needs to calm down and take care of this between them. When you work with other people in a close environment like a retail jewelry store it’s almost impossible not to let your fellow employees in on some part of your personal life. After all, you’re not a robot, but you can control what you let them in on, and that is all up to you.

Julie needs to tell Michelle that she appreciates her concern. Michelle is not likely to understand what she did wrong in overstepping boundaries, but Julie can firmly, but gently, put her in her place with kindness and appreciation for Michelle’s heartfelt efforts. The boss could put in place a rule that no one is to speak of politics or religion while at work. It is drastic, but it works.

Julie is definitely overreacting. Brush off Michelle’s dream and maintain a strictly business relationship with her until Julie feels more comfortable sharing personal details with her co-workers. People have different beliefs but we can all get along.

Michelle’s discussion of the dream, and implications of beating, are skirting a line. Michelle probably needs to be told that some conversations are just not appropriate for a workplace environment. Regardless of how skilled a team member is, making other employees uncomfortable is never good for the health of the business.

Related Topics: managementReal Dealstaff
click to Comment(Comment)
Up Next

Real Deal: The Case of the Careless Courier

Real Deal: The Case of the Abuse Ruse