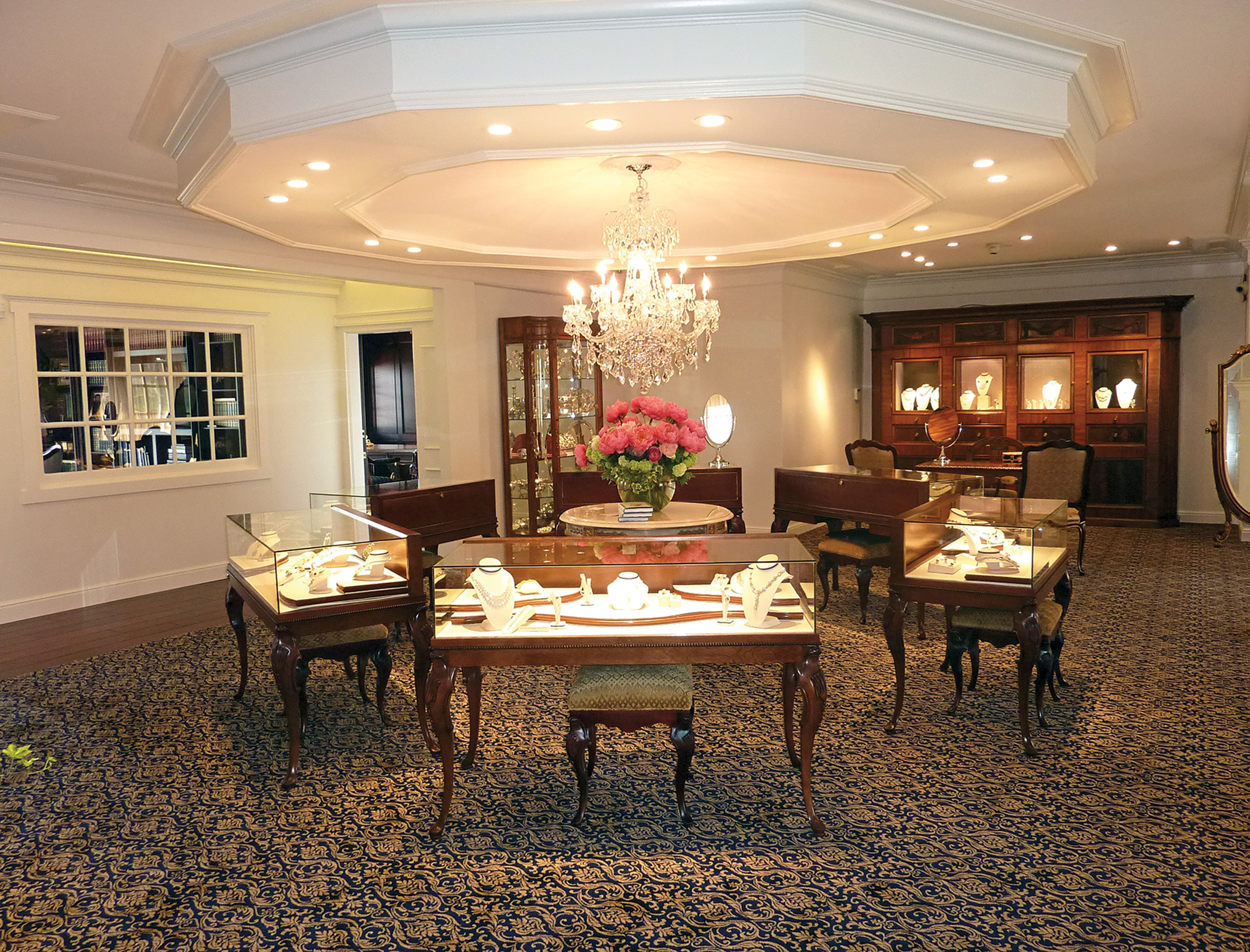 Alfredo Molina is on a mission to revive one of the most famous names in jewelry.

AFREDO MOLINA SAYS THAT by purchasing Black, Starr & Frost, he became a steward of one of the most interesting stories in the history of the American jewelry industry.

And we all know the value of an interesting story.

“The American public doesn’t recognize the level of history behind this brand,” Molina says. His goal is to change that.

Black, Starr & Frost was founded by trailblazers on May 1, 1810, at 164 Broadway, making it the first Manhattan jeweler and among the very first in America. The company lays claim to a litany of firsts. In 1833, it was the first jeweler to use glass windows up front.

In 1876 it was the first commercial entity on Fifth Avenue. It made special carriages to deliver goods to clients, which is where the term “carriage trade” comes from.

Black, Starr & Frost invented the safe deposit system, made swords for the Civil War, created America’s first class rings and crafted every major trophy for the Tennis and Lawn Association, which became the U.S. Open.

A history like that comes with a certain amount of cachet. “The first hurdle any company has to overcome is the hurdle of trust,” Molina says. “You have to earn the trust of those you serve. That’s how they become advocates and that’s how advocates become story tellers.”

Molina, who also owns Molina Fine Jewelers in Phoenix, is enthusiastic about sharing the Black, Starr & Frost story and takes the responsibility to heart. He understands such a legacy needs to be carefully cultivated.

“It’s an incredible opportunity for a poor Cuban immigrant to own the jeweler that created what we consider to be the American jewelry industry. It was always a dream of mine to restore the great house of Black, Starr & Frost to its elite position” he says. “We want to provide an experience of privacy and pure luxury as was done for the carriage trade in the 1800s and early 1900s.

But Molina knew history and a great story would not be enough to compete in today’s market. After buying the company in 2006, he began changing the Black, Starr & Frost’s philosophy. “I divested myself of all brands,” he says. “Everything is Black, Starr & Frost, with the exception of partnerships with certain manufacturers who make pieces that are only for Black, Starr & Frost. I truly believe that in today’s world the only brand you can protect is your own. We’re not selling price, we’re selling history. We are a brand that has to carry its own design, style and quality, and we do not compromise.”

The second big step in Molina’s effort to reclaim the store’s status, was to physically move it to a setting that offered room for growth while creating the best possible customer experience.

Through the twists and turns of time and the vagaries of commerce, Black, Starr & Frost — which once had 35 stores — had come to rest at South Coast Plaza, an upscale mall in Newport Beach.

When Molina bought it, he couldn’t wait to move the store out of the mall, tony as it was. It was not meant to be a mall store, he says.

Under Molina’s stewardship it moved and morphed in 2011 from a 900-square-foot store to a large stand-alone structure overlooking the Newport Beach marina.

The store’s interior has the look of Old World elegance befitting its historic origins. Visitors enter through carved mahogany and glass doors, and once inside, are drawn to the terrace overlooking the marina.

“It’s all about the beautiful terrace, where we have a table for dinners,” Molina says. “The patio is magnificent and it’s right on the water, so you’re looking at magnificent sunsets.”

“We set ourselves apart,” Molina says. “It’s about presentation. My staff knows that we’re not in the jewelry business; we’re in the emotional business, in the experience business. Everyone is greeted with ‘Good morning. Good afternoon. Good evening.’ I’m very adamant about that.”

The store details are telling. It is finished with rich wood paneling, a bar, a chess table, and a wine wall. It has two seating areas, a fireplace and century-old furnishings.

Molina was born in Cuba in 1959 to a wealthy family just three months after the revolution. Molina’s father had left the jewelry business at age 25 to go into the hotel business, but when Fidel Castro came to power he lost everything and was imprisoned.

In 1967, the family was able to leave Cuba, and arrived in Chicago as Catholic refugees. They were taken to a rat-infested, filthy hotel. What happened next, though, changed young Molina’s outlook on life. They met a fellow Cuban in the lobby of that hotel who bought them warm clothes and enough to eat for weeks.

“That act of random kindness changed my attitude and motivation forever,” recalls Molina, whose businesses now contribute up to $3 million to charities every year.

The jewelry business was a natural route to success for Molina, whose family claims roots in the industry dating to 1634 in Milan, Italy. 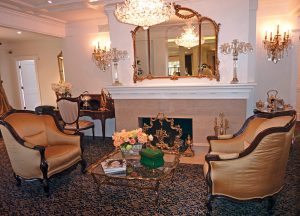 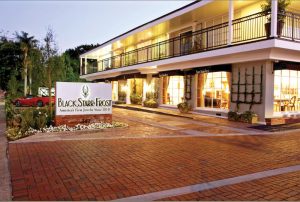 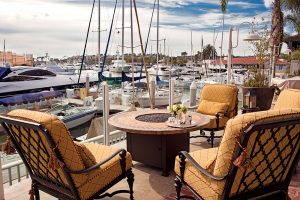 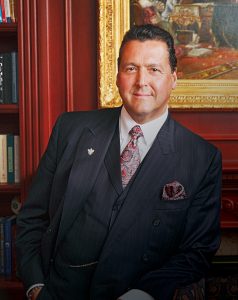 1. MOLINA UNIVERSITY: he Alfredo Molina University runs weekly training sessions. “I share everything I’ve learned with the goal of making everyone a mirror of who I am. The staff is empowered to do whatever they have to do to deliver legendary service,” Molina says.

2. FACE-TO-FACE MARKETING: “We can have a social-media initiative, but our best marketing is done by the people that we serve. Everyone we meet is a potential client. Every client is a potential advocate. Every advocate is a potential storyteller. I treat bus boys with the same respect that I treat millionaires — and why wouldn’t you?”

3. A HISTORY IN POPULAR CULTURE: The character played by Marilyn Monroe in the 1954 movie, Gentlemen Prefer Blondes, was inspired by Vaudeville actress Peggy Hopkins Joyce, a celebrated client of Black, Starr & Frost. The company is mentioned in Diamonds Are A Girl’s Best Friend, which Monroe sang in the movie. The lyrics? “Tiffany, Cartier, Black, Starr, Frost, Gorham, talk to me Harry Winston, tell me all about it.” In 1928, Joyce spent $373,000 to buy a Black, Starr & Frost stone, the 127-carat Portuguese Diamond, now housed in the National Museum of Natural History in Washington, DC.

4. WISH BOOK: Black, Starr & Frost created a “Wish Book” for the holidays, partnering with four area charities to create “Holiday Wishes” that include a suite of jewelry along with experiences like a week aboard a 100-foot yacht and a ride on the West Coast’s largest private passenger helicopter to a gourmet picnic created by a celebrated chef. Ten percent of the proceeds of each “wish” sold went to the charities, which sent the wish book out to all of their supporters, as well. Orange County’s largest daily printed the wish books and poly-bagged the “Wish Book” with over 100,000 copies of the newspaper.

5. VIP CONCIERGE: “What is luxury? We have a never-say no attitude,” Molina says. “The mission of the VIP concierge is to provide the inaccessible to Black, Starr & Frost’s clients — seats to the Super Bowl, a table at a restaurant with a six-month waiting list, or great seats to a Broadway Play. “We’ve created a network of top people in the world who can arrange these things,” Molina says. This level of hospitality contributed to winning the Six Star Diamond Award by the American Academy of Hospitality Sciences. “We are the first luxury brand in the country, in the jewelry category to receive this award,” Molina says.

“Every jeweler should be fearless and buy something that scares the heck out of them. Most jewelers can’t fathom having a piece in their stock that’s worth $100,000 or $250,000. Whatever your average sale is, you should have something that is 10 or 20 times greater than that. Learn to feel comfortable in taking risk; on the other side of tremendous frustration is tremendous success.” — Alfredo Molina

Related Topics: Black Starr & Frostjewelry stores in California
click to Comment(Comment)
Up Next