The results display a bit more of a conservative bent than in 2008, when just 20 percent of respondents chose that answer.

Twenty-three percent would use the money for paying down debt, down from 32 percent in 2008. Likely because jewelers are carrying less debt now than they did then. In 2017, fully a third of jewelers report they carry no debt at all, which marks a significant change from pre-recession 2007, when only 24 percent were debt free.

Below are the full results. And you can see all the results of the 2017 Big Survey in the October edition of INSTORE. 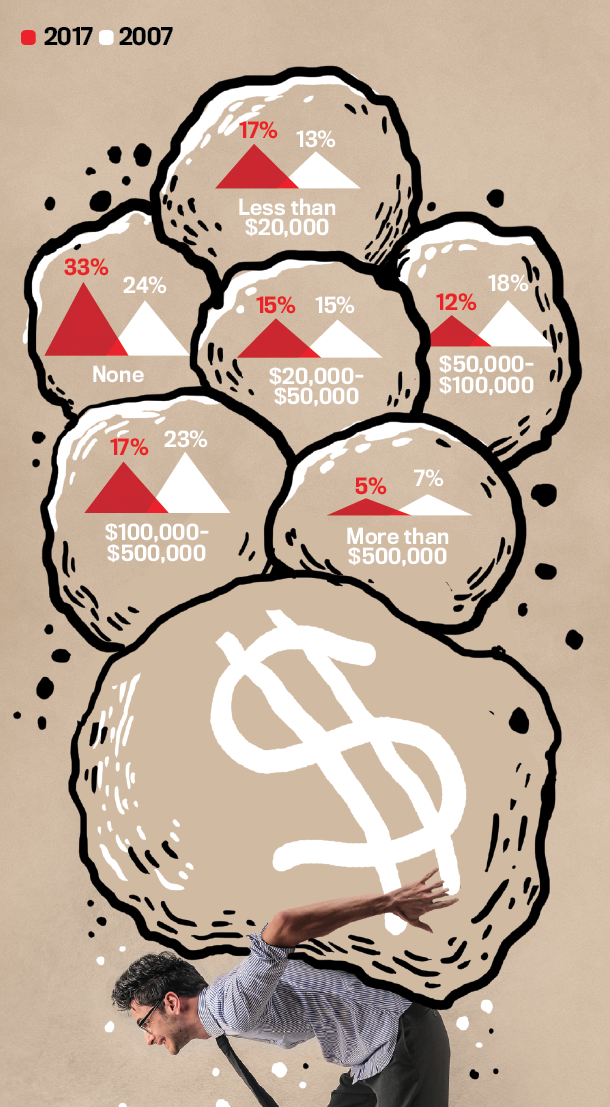 Gem Quiz: This Flamboyant Gem Was Named After a Founding Father of Brazilian Mineralogy

38 Things That Jewelers Did Wrong for Far Too Long