Almost 80% say it's the key factor in their performance.

While social media and online marketing topped jewelers’ list of popular new initiatives to drive sales, it was a more traditional quality, “reputation for service, trust and jewelry-making skill,” that 4 out of 5 respondents credited as responsible for their bottom line. Meanwhile, just over one-third of storeowners earn $100,000 or more per year.

29. What area are you seeing costs rise the most?

COMMENT: Interesting point: The Strugglers are being squeezed by rising inventory and rent costs, the Thrivers by climbing staffing and advertising expenses.

30. What were your total sales last year?

58 percent of respondents still fall under the $1 million dollar mark … fewer than 2017, when 63 percent said they earned less than $1 million per year. As weak stores fall away, there’s more to be made by the strong.

Comment: The West was no place for middling stores. It had the most million-dollar-plus stores, and also the most very small stores.

31. As the store owner, what did you earn (salary + share of profit) last year?

About one-third of respondents said they earned $100,000 or more per year. 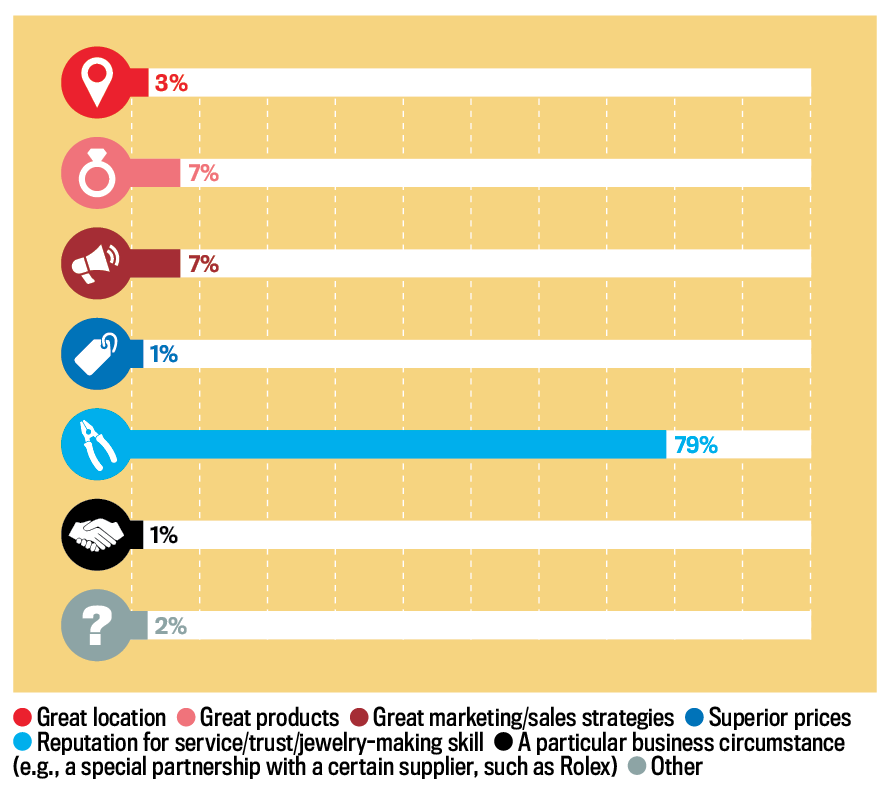 33. What proportion of store profit (not revenue) does your shop generate (including custom design work)?

Comment: The shop remains a key profit center for most independent jewelers with 44% of the thriving stores reporting that at least half their profits came from benchwork compared 39% for the strugglers. David Geller, author of Geller’s Blue Book, believes that while many jewelers know the level of revenue their shop is producing they might not know the actual profit. “Most stores don’t have their shop set up correctly in QuickBooks. If their CPA does the books they have no clue to shop profits,” he says.

34. When preparing a quote for a custom design job, what rate do you use for the cost of your labor?

Comment: Geller notes that the results mean three-quarters of stores charge between $50 to $124 an hour. That suggests a lot are charging on the low side, especially if you consider trade shops such as Jewel-Craft in Kentucky with its staff of over 100 jewelers typically bill $85 an hour as a wholesale rate. “Most stores don’t think in per hour at ALL, if they did they might do better.” For those that don’t use his pricing guide, they either “send it out to a shop and double it or figure they just know how much people will pay and will charge that number,” he says. If you were to base your keystone on the wholesale rate, “you’d be charging $165 an hour,” Geller notes. 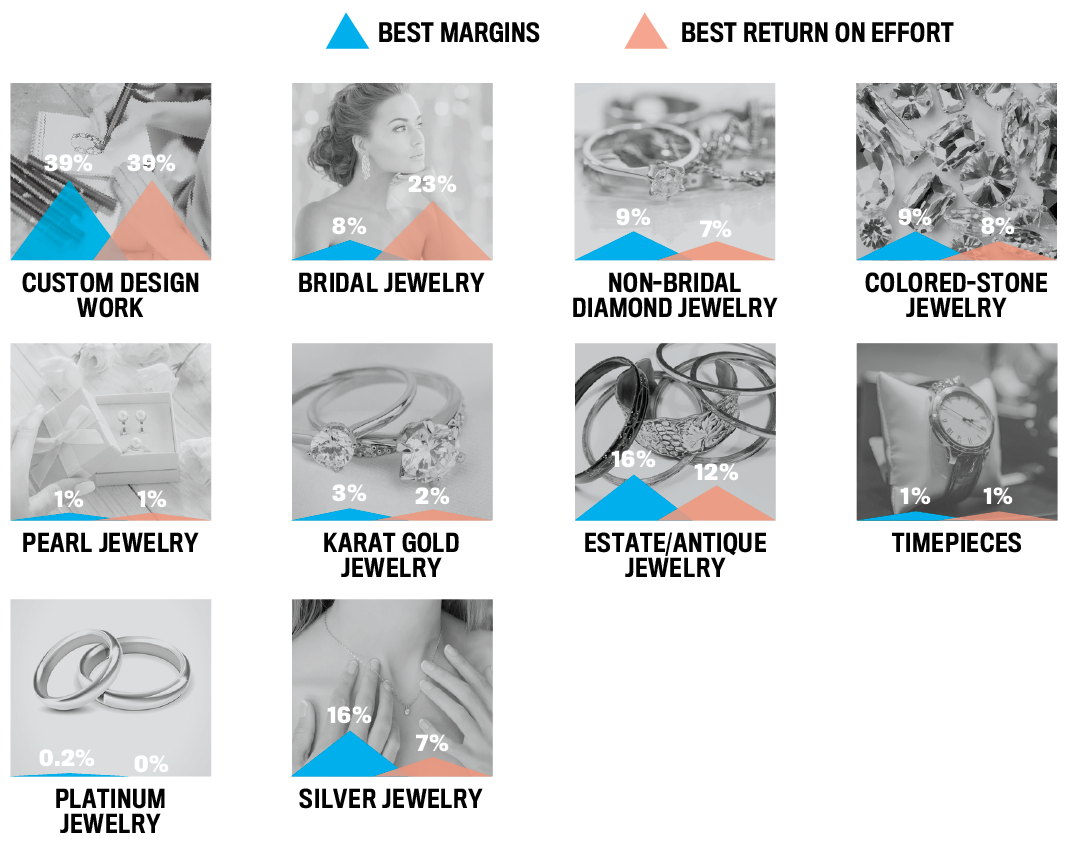 Comment: David Geller calls the results unsurprising, explaining “you don’t need to know profit percentages to know the return on your investment in custom is HUGE.” Added the repair guru: “Bridal margins are lower as name brands are shoppable. It also takes more ‘effort’ and I’m sure they are including selling it, advertising it, and managing inventory for it.”

37. What one thing are you doing now to drive sales that you weren’t doing five years ago?

38. What one thing were you doing to drive sales five years ago that you’ve stopped doing?

Print advertising:
More than half of respondents specifically mentioned newspaper advertising in this category. “Newspaper. It’s dead for us,” said one.

Radio and TV:
“Our market isn’t listening to radio like they once did. This had us pull out of our traditional mind-set and begin getting creative in a fresh way.”

Traditional advertising in general:
(Respondents mentioned a combination of TV, newspaper, billboard, phone book and radio, when they specified a category.)

Big Survey 2018: See What Jewelers Bought This Year, and Why They Bought It