Buy low, sell high. If only it were so easy! Here we look at the jewelry, colored gems and watch brands that have been driving jewelers' sales. We also look at the end result of all that trading and hard work — the memories and the money jewelers get to take home.

11. What are the three best performing brand-name jewelry lines that you carry?

COMMENT: Gabriel and Stuller made it a three-peat, claiming the top two spots in our rankings for the third year in a row.
Advertisement

12. What are the three best performing watch brands that you carry?

13. Excluding sapphires, what is your best­selling colored gemstone in terms of total sales value?

COMMENT: Just out of the top 10 in descending order were peridot, blue zircon, and pearls, all at just under 1%; “Others” accounted for about 3%
Advertisement

14. As a store owner, what did you earn (salary + share of profit) last year?

COMMENT: Jewelers in the Southwest reported the highest income levels with 35% making $150,000 or more a year. Those in the Mid-Atlantic reported the lowest incomes with 37% making less than $40,000.

15. What were your total sales last year?

16. What jewelry or watch brand would you most like to add to your cases?

The king lives: Rolex was the runaway choice for the most wished-for brand. Overall, watch brands were more desired by retailers, likely because those brands are more recognized by consumers due to massive marketing budgets. The most wanted jewelry brands were Gabriel & Co., David Yurman and Cartier, in that order, followed closely by designer Alex Sepkus.

17. What do you think will be the next breakout category in jewelry?

Other ideas mentioned by more than one respondent:

18. Jewelers remember sales for a wide variety of reasons. Sure, sometimes it’s a big sale, but more often, it’s the occasion or the circumstances of the purchase or the inspiration behind a custom piece that ensures the sale will always have a place in your memory.

special delivery. A black opal of exceptional quality showed up in my mail with the note to make a “large custom ring” in 18K gold. A regular customer just sent it and said, “Make me something beautiful.”

a meaningful gift. A farm couple celebrating their 50th anniversary bought a $150 10K gold and sapphire ring. The emotion of the couple was more rewarding than anything else. It was not much, but it was what they could afford. It was what it meant to them that was so special.

a son closes the sale. A 1-carat diamond for a 50th-wedding anniversary. The husband did not want to spend that much, and the son told him his mother was worth more per year than the cost of the ring. He paid cash on the spot.

a last wish. A first-time customer came into our store and told us that a friend had recommended us. She asked if we made jewelry on the premises and we told her that we did. She then showed us several pieces of gents’ jewelry that she had brought with her and asked if we could use both the stones and the gold to make new pieces. She needed several ladies and several gents’ pieces. If memory serves me correctly, 13 in total. We came up with the designs and she gave us the OK to proceed, provided we could finish all items in five days. She explained that she had just come from the hospital where she had been visiting her dying father and that he had given her the task of taking his jewelry and converting it into multiple pieces so that he could give each of his loved ones a piece to remember him by. Needless to say, this project took center stage and was completed on time. He died three days after he got to give his gifts. She has become not only a fantastic customer, but also a friend.

it’s personal. Both of my daughters’ engagement rings.

a sentimental favorite. The ones I sold to my wife before we started dating.

a wild request. A custom pendant to hold an elephant eyelash.

a bonus. A 5-carat diamond sold to a client to put into his ring. I took what I made from the sale and bought my dream car, a 1966 GTO trig power convertible.

a turning point. For three years running, a middle-aged couple, not married, came in during a local festival. They looked at stones and talked about a custom “not-wedding, not-engagement ring”. By the third year it had become a joke because they thought it was as unlikely that they would buy a ring as it was that they would get married. I got them very excited about a trilliant purple sapphire and made a custom ring. After they came to pick it up, he proposed on the steps outside the store. This is the only experience I have had where the process of shopping for jewelry was the turning point toward actual marriage.

is this a practical joke? A dealer who bought six pieces I thought would be buried with me and who paid full price. 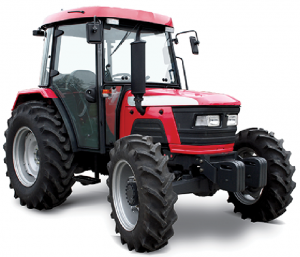 the best revenge. My best customer walks in and requests the most expensive item available to walk out with. When asked for what occasion she was buying this item, she says, “To teach my husband a lesson; he bought us a new tractor as our anniversary gift. Then he told me I wasn’t allowed to drive the new tractor. So, he will learn not to get me a gift I can’t use.”

a lasting lesson. I had just started in the business and an older gentleman walked in the store, not well dressed and not particularly well groomed, and wanted to look at something for his 25th anniversary. He was carrying a cigar box under his arm. Not being well trained but remembering the 25th was silver, I showed him several sterling pieces. I could tell we weren’t connecting, and he finally indicated he wanted something nicer. He picked out a beautiful white gold and diamond pendant worth 10 times what I was initially showing him. As he came to the counter to pay, he opened his cigar box. It was full of cash, from $1 bills to $100 bills. He had been saving money for years to pay for this piece. It is still one of the best sales lessons I’ve ever had!

a layaway legend. A gentleman put two rings on layaway ($79 and $89) for his wife and daughter for Christmas gifts. He paid $4 every week. They came in on the 26th to have them sized. They were so thrilled, you would have thought he had spent thousands.

the last gift. I recently had the opportunity to sell a custom designed ring to a gentleman who was about to celebrate his 50th wedding anniversary. His wife had been battling cancer off and on for the last five years. She wasn’t doing too well. His 50th wedding anniversary was on the 29th of August. It was supposed to be done on the 22nd, so no concerns. I received a text asking me if we could bump up the due date to the 17th because his wife had taken a turn for the worse. I said we would have the ring ready. It wasn’t easy, and required some sacrifice from our team, but we made it happen. I delivered it to him on the 17th of August. He was happy to be able to give it to her at the big celebration that evening with family and friends. I just got word this morning (August 24th) that his dear wife passed away in her sleep last night. I am happy he got to give her this last gift with so much meaning and that we were able to be a part of it.

a beautiful gesture. A bracelet given to the widow of a suicide victim, engraved inside with the names of 20 friends and the phrase “may you always be surrounded by a circle of friends.”

a dream piece. A necklace I saw in a dream. I woke up, drew it, created the piece, called a customer in another state and told him his wife had to have it. He bought it and she loved it.

more for her money. A little girl about 5 years old with her piggy bank in hand, wanting to get her mom a diamond heart for Mother’s Day. She had just under $10 in coins. The project was completed just in time for Mother’s Day. Best sale ever!

119 US Jewelry Retailers Closed in the 1st Quarter