The Case for
Platinum Prongs

Want more profit in your engagement ring sales? Changing gold heads to platinum is a win/win—for the customer and for you.

As every jeweler knows, engagement rings account for a large percentage of annual sales. But as consumers spend most of their money on the diamond itself, they leave less for the mounting—and your profit.

Despite the fact that the majority of engagement rings are sold in gold, PGI is encouraging jewelers to adopt one simple tactic that can improve their profits while enhancing the ring their customers select. “By adding a platinum head, jewelers can not only increase their profit margins, they can insure that the diamond—the most expensive part of the engagement ring purchase—is better protected against loss.” 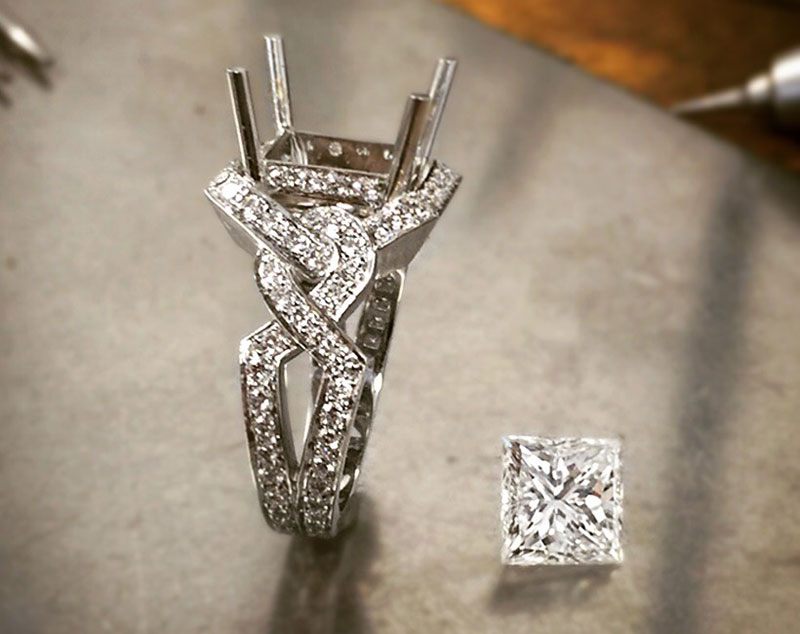 It’s a simple action that jewelers can take without adding an exorbitant amount to the ring’s cost—or getting much of an argument from customers. Last year, PGI commissioned a study on platinum purchasing habits that showed both consumer and jeweler preferences for platinum heads once they understood the qualities of platinum. “Platinum offers prestige and the most secure setting for diamonds,” says Reilly. “It’s up to the retailer to recommend it. We learned through research that once consumers understand that platinum will hold their diamond more securely through daily wear, 9 out of 10 would purchase platinum prongs, even if the setting was made of a different metal.”

Jewelers can easily swap out the gold head in the majority of semi-mounts for platinum. How much does it add to the purchase price? As little as $150 (based on current metal prices), although surveyed consumers said they would be willing to pay on average just under $500 more to know the biggest part of their investment—their diamond—was more secure.  Platinum also saves over 2.5 times the cost of repairing gold prongs over the lifetime of the ring, for both consumers and jewelers.

The research continues to prove that the business for platinum wedding jewelry is there for the asking.  So, the big question is – why aren’t we asking for that business?  (You’re probably going to say your customers don’t ask for platinum.  They may not.  It’s up to you to offer it.)   “Jewelers and sales associates have tremendous power over how they approach their customers,” says Reilly, who also notes that one small change will add, over time, so much to the store’s bottom line. “We want to make platinum prong sets on all engagement rings the industry standard.”