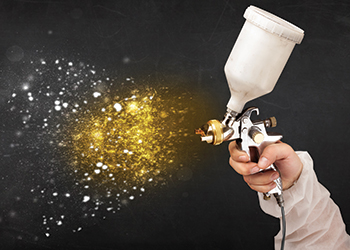 One day we had a man enter asking if we bought gold. I said we did, and to my surprise he handed me a rock spray-painted gold! Worse, it was still wet! I politely told him we wouldn’t be interested in the item and thanked him for coming in. “Look at it, it’s gold!” he said. I took the rock in my hand and some of the paint smudged off. I informed him that gold wouldn’t just wipe off. He told me all gold was made like this. I couldn’t get to the backroom fast enough to share the story! — Morgan B., Corpus Christi, TX

A young guy came in wanting to know if he had been ripped off with an online purchase. His diamond ring came with a certificate that looked like it was printed off a 20-year-old HP printer. The certificate said the diamond was “genuine natural diamond.” It made no mention of the extensive fracture filling. He paid $12,000 for a ring worth about $2,500 at most. When I told him the price, he asked, “So, did I get ripped off?” I think the collective noise of my staff and jaws hitting the cabinets must have hurt his eardrums because he did not seem to hear anything else. — David B., Calgary, Alberta, Canada

A lady walked in one day with a penny she wanted us to buy. She thought it was worth a lot of money. You see, when you rolled it over, “the stamping was upside down,” she explained. She said she had paid $25 for it but the guy told her she could get $50 for it. I showed her some other pennies and noted they all were that way. I think she left still thinking I was wrong! — Lora W., Sanford, NC

This article originally appeared in the July 2015 edition of INSTORE.