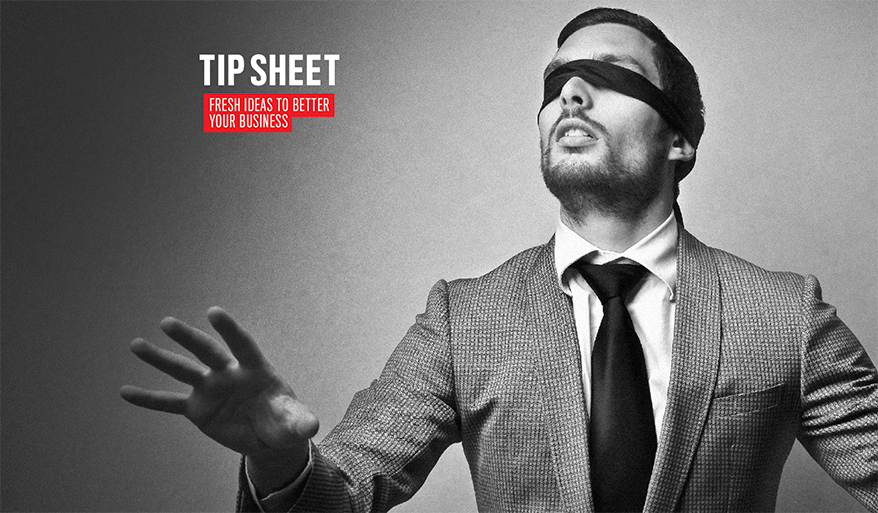 Here’s a powerful way to determine the strength of your store identity, says merchandising guru Andrea Hill. If you kidnapped a client, blindfolded him, drove him to your store, and removed the blindfold, would he know where he was? Would he know instantly that he was in your store and not some random chain jeweler?

Damian DeBlis, retired from Tiffany & Co., implemented the following rule during his tenure: No one takes a quartz watch in for a cell replacement without first testing it on a device that checks for an electronic pulse. That way, you don’t open the caseback to find a working battery but a movement that needs servicing. No broken crystals, no lost screws, no scratched cases, no arguments from the customer, because you can just say: “Look, see this flashing light? It tells us the battery is fine; there must be another issue with the watch.”

Want an ultra low-cost way to add personality and romance to your bathroom? Tack pages of your favorite poetry up on the walls. For Liz Lambert, owner of the hip Hotel San Jose in Austin, TX, this was a cost-saving idea that eventually became one of the hotel’s most popular features. (Extra tip: If the pages start disappearing, it could be a sign that you’re not stocking enough toilet paper.)

Be Proactive About Ethics

Ethics-based purchasers want to buy products that align with their standards. Are you involved with organizations that are building schools for miners’ children in Africa? Are your products fair-trade certified? Do you use recycled gold? Do you work with vendors who verify sourcing? Let them know up front to earn trust.

There is always a better answer than a mere “yes,” says author Dale Dauten. He gives the example of asking auto repair shops if they repair Lotuses. Most say “no,” a few say “yes,” but then one says, “Absolutely, we specialize in imports and the shop’s owner drives a Lotus.” Who do you think gets the business?

It’s striking how much of what passes as modern management advice was prescribed by Peter Drucker half a century ago, including this little gem. According to the management guru, the one question that will trigger more improvement than any other in your staff: “What do I do that wastes your time without contributing to your effectiveness?”

Business author Mark Forster urges you to see guilt as a signal, as it tends to attach itself to stuff that really matters. Attack your most guilt-inducing tasks, and you may find, without intending it, that you’ve attacked the most important ones, too.

It’s trade show season, which means your buying abilities will soon come into play. Here’s a tip culled from reddit.com, which was intended as personal finance advice, but could apply to your product purchases as well: resist impulse purchases by imagining a stranger offering you the cash equivalent of what you’re tempted to buy. Which would you choose?

6 Tips For Transforming Your Retail Relationships From Accounts Into Partnerships

More Than 90 Percent of Jewelers Surveyed Are Open for Business

Harris Jewelry to Pay $800,000 in Restitution in Credit Services Case

Podium Presents: Retailing from Afar — From Search to Sold, 100% Digitally